More from the painting desk this week!

I'm keeping busy on the commission painting front and having finished off the last of Old John's most recent box I'm straight into painting more infantry for Tony. I mentioned two battalions I think recently but there were actually three battalions in the box, I had not spotted the bottom layer! These are all 18 figure battalions each with a mounted officer as usual and all French War of The Spanish Succession of course and lovely crisp Les Higgins (PMD) figures. Alongside I continue to add more Epic bases, most recently British Light Dragoons and French Chasseur a Cheval. Today I am excitedly waiting for the postman to bring me the Epic British and French Generals packs, each containing five personality figures made in the warlord resin, the facial detail of these figures is superb.

As always Old John's figures are 20mm metal and plastic and you see below:

While John always sends me printed reference material - that have built up into quite a library over the years! - he does sometimes ask me to 'surprise him' by selecting a unit of choice. In this case I got to choose the Grenadier unit to match previously painted units so went with Barcelona as you just can't beat that combination of red coats with yellow facings and breeches. I also selected the French Dragoons. The four characters were 'paint as you like' so I had some fun with them. 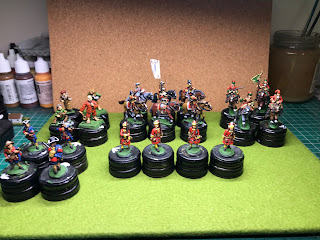 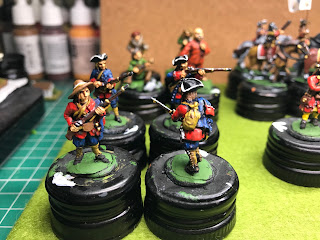 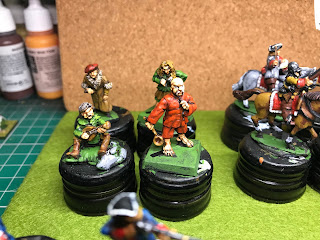 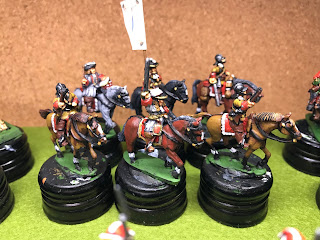 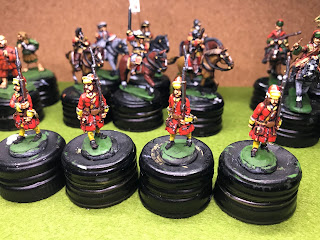 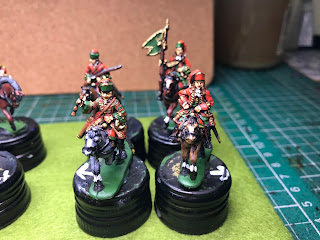 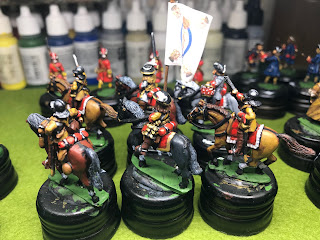 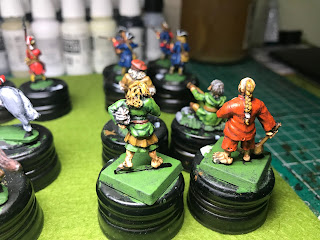 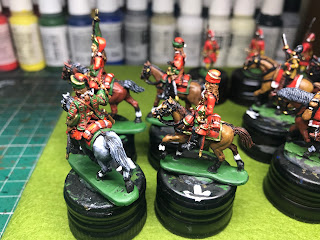 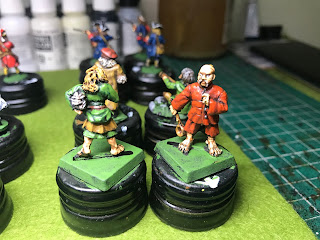 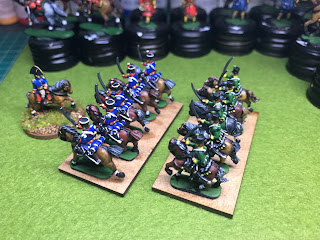 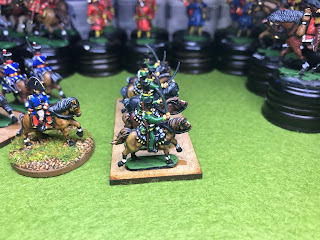 And the first of three battalions for Tony, currently underway. I really like the way the  underside of the bases are etched with makers details with great pride. 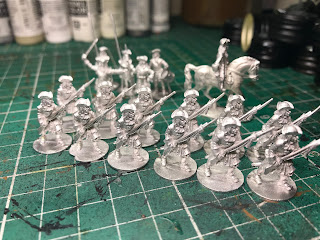 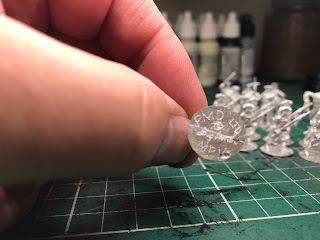