Edited to remove health bulletins, this blog should be about painting soldiers after all but I do thank those who posted supportive comments :) Taking a short break but back once painting can resume, meantime the Pigs have landed.

Dear Lee,You will be pleased to know that the following items from your order RC24595464 have been despatched.

So here we go again, eyes down for a full house and all that.

I have had this box for several days but wanted to wait until the decks were clear and the epics were gone before I opened it. I had an idea of what was inside and was certainly not disappointed. As usual John provides a list that is referenced to numbered boxes and full colour painting guides. A little taster of what in there.

I must say that the first thing to catch my eye was the Strelets box art, not seen a box of 1/72 figures for years and looking at these beauties I understand why they are so popular. Given the popularity of the new wave of 28mm plastic figures it's good that this scale remains in demand by collectors and wargamers. I think I will start with these.

Still under the weather, blood tests Monday, just feeling very run down but being well looked after. 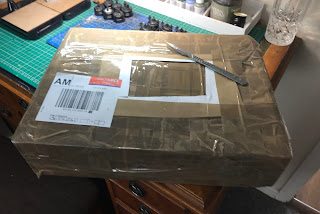 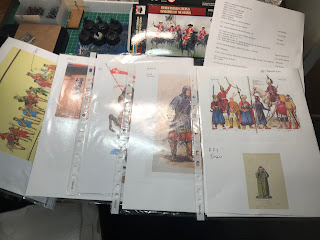 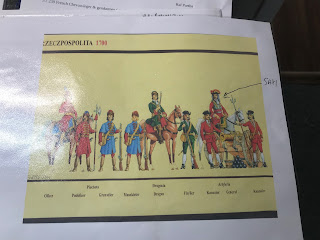 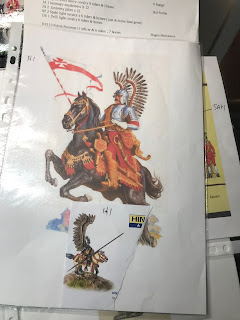 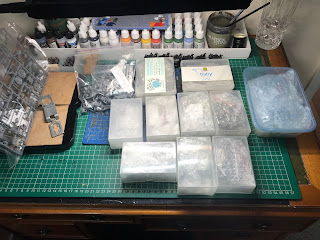 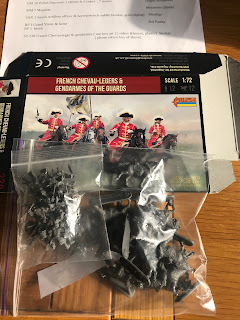 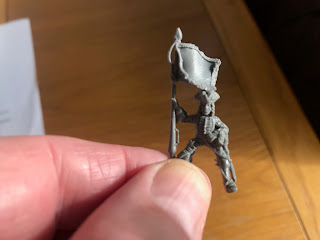 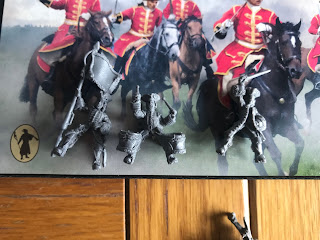 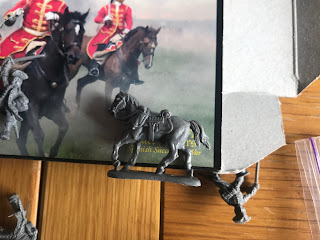 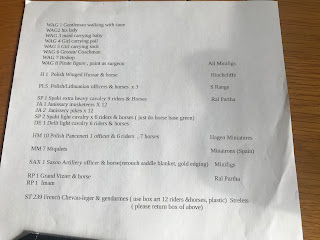 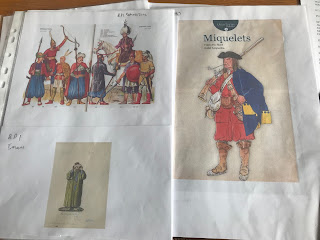 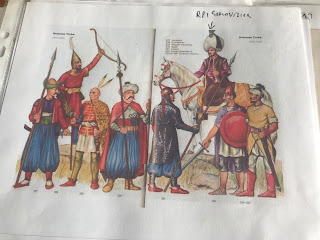 Get your Epic bargain 'ere!

Dastardly laugh, really enjoyed painting the first 600 but honestly not doing it for me! Onwards and upwards.

This week has seen barely any painting save a couple of 6mm regiments of WSS horse for Gerry because for the last few days I have started to feel really unwell which has resulted in my being barely able to get out of bed, whatever it is has really knocked me out. Wednesday morning on my my usual dog walk I almost passed out, managed to carry on and get home but my hands and feet were like blocks of ice and I just could not get warm, even under the duvet. Four days later little has changed and my body has erupted in  large itchy patches, not sure what's wrong but I'll be phoning the GP on Monday morning. Probably just a bad dose of flu and I can do little else but tuck up and sleep it off.

Had a top up of Vallejo paints arrive including German Field Grey which will be used for my AB WW2 Germans, a great match for what is otherwise a tricky shade to match. I also took delivery of an Exacto Blade which will be perfect for cutting down bases, don't know why I have never owned one before.

Meantime the painting desk remains inactive, a rare thing. Once back in action next week (hopefully) I will finish the last unit of Austrian Cuirassiers for Gerry, prep up some Peter Pig ACW's for Graham C and then open the huge box of 20mm's that arrived from John a couple of days ago.

I'm in good hands, Sheldy is keeping an eye on me, I think he's repaying our loyalty in taking him out to Spain and then bringing  him home again in the car with us, smuggling him into a couple of cheap French roadside 'hotels' ( I use the term loosely!). He is quite a character and always at my side. 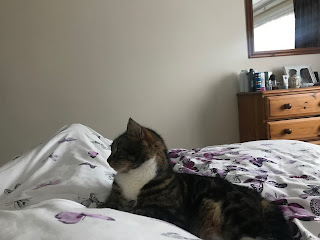 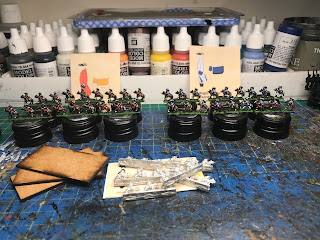 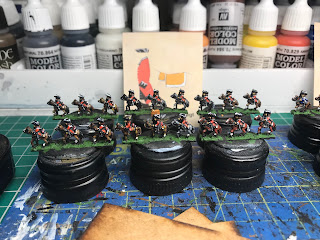 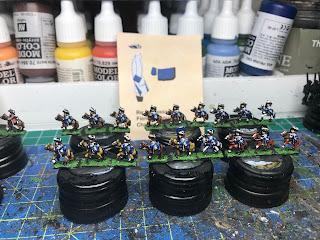 So after 3 weeks of frantic painting I have completed the first 600 infantry, 7 guns and crews and a couple of mounted Generals. It's a very good start to a project that will now slow down a bit as I turn my brushes to some commission work, but I still plan to add a few bases per week to keep things ticking over. I have to say these strips really suit my style and the end results are very pleasing. I have settled into a routine of doing 3 strips at a time, and the timing is about 4.5 hours per regiment including basing. About the same for both sides, Yanks quicker to paint but takes time to trim down all of those hats to kepis!

A couple of points to note:

The gaps in the regimental frontage does bother me a bit. I ordered some 50mm wide MDF bases with the plan to rebase but when they arrived the strips would not fit! 55mm would work to close the ranks, but is it worth the effort to save 5mm? I'm not sure yet but need to decide before I go much further.

The artillery models do lack a bit of detail and are quite chunky and generic. I don't mind the wheels with the lack of spokes and I like the crew figures so I'm going to probably replace the carriages and barrels with metal Kallistra versions which are on the way to me and should fit well. Meantime I tried trimming down the barrels to look more like the rifled guns, not brilliant but better.

I have substituted the mounted commanders with metal Kallistra ones simply because they are such lovely sculpts with more variation. Horses are very slightly smaller than the epic version so I may well stick with Kallistra for all of the mounted cavalry at least, not sure yet, the epic cavalry look great BUT the price is  steep compared to the metals at £40.00 for 60 resin cavalry. Kallistra work out £24.00 for 64.

Some may recall my mention here of the 1st edition Fire & Fury rules and my attempts to track down a copy over the last year or so? Well, ebay finally produced the goods, a set in good condition with all the playsheets etc, and I managed to get them for £20.00 ( the buyer was asking for £30.00 buy it now). Should be with me later this week and I have a few thoughts on using them with these bases. I have to say back when the rules were first released I loved them and played many games both solo and against various opponents including members of the South London Warlords.

I also have some 10mm scale ACW buildings on order from Timecast, it would seem that this old wargamer is not yet ready to give up completely, that maybe Napoleonics were simply just not for me, and that I will find what I have been looking for in this epic project, a few thousand of these figures could look mighty impressive! 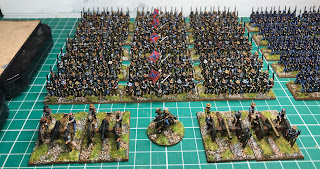 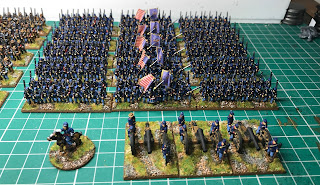 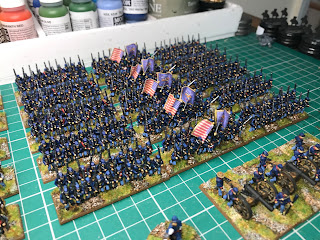 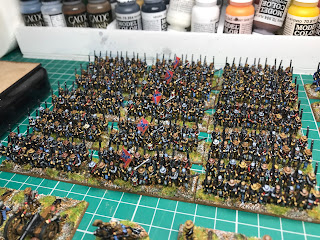 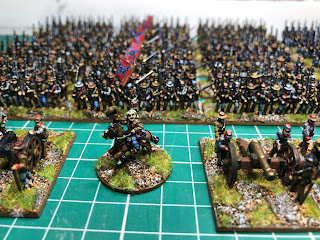 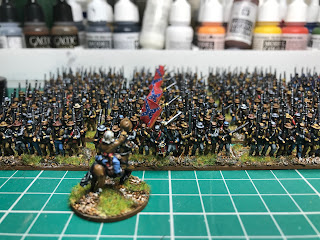