Guest spot - 'Old John' does it in style!

Over the last week I have been busy painting 3 battalions of War of The Spanish Succession French infantry - a total of 54 figures including 3 mounted officers - for Tony. I changed my usual black undercoat after giving it a lot of thought to a mid Grey, which I must say has worked very well for these Sky Grey coated French and it's a method I will stick to for such troops in the future. I'll describe more with photos in the next post but for now I wanted to share some photos that John sent me of a recent game played on his large table featuring troops from his collection. I'm sure John will fill us in about the figures used and answer any questions but I know there are a 'few' in there that I painted for him!

Edit: John has left a few notes in the comments section. Google won't let him post as 'Old John' (as he is always known), but he lists all the figure manufacturers there, cheers John. 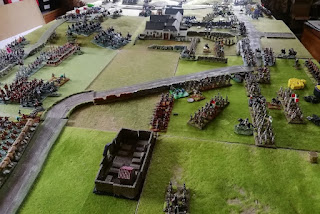 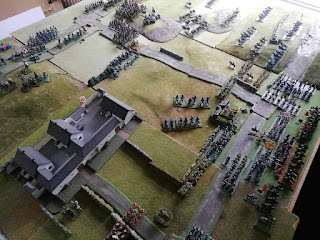 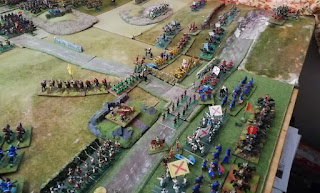 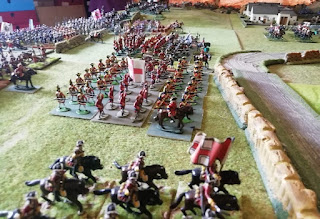 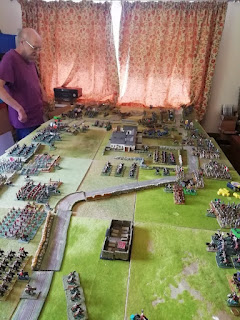 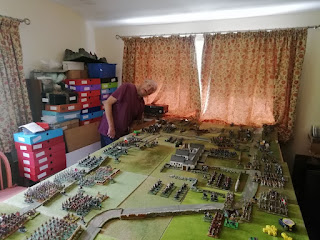 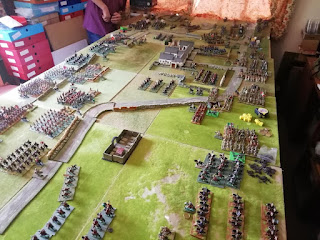 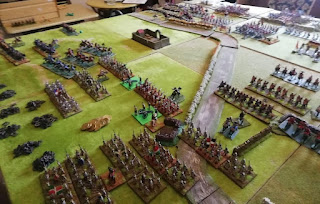