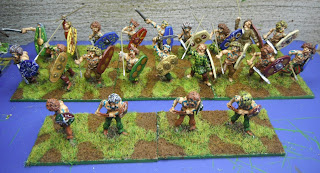 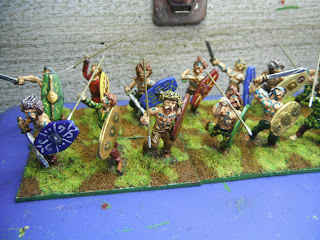 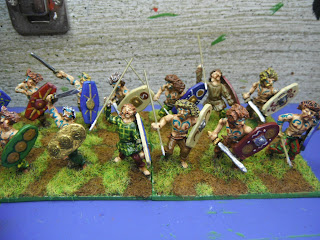 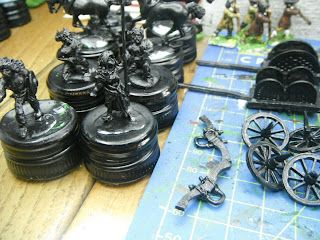 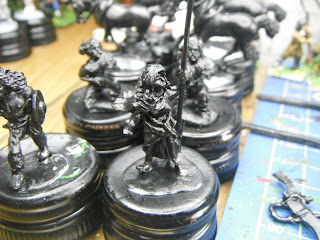 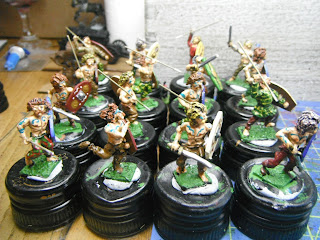 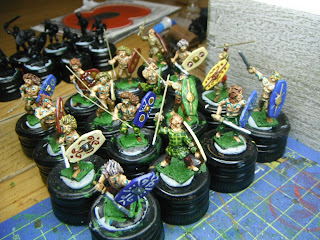 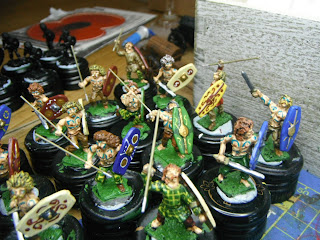 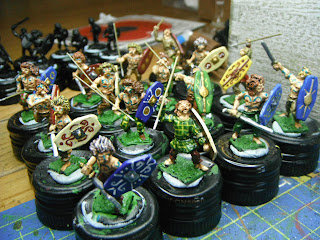 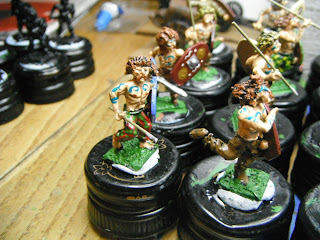 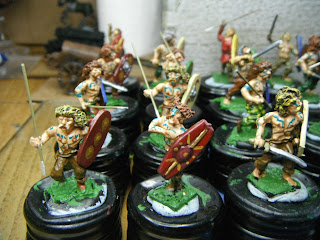 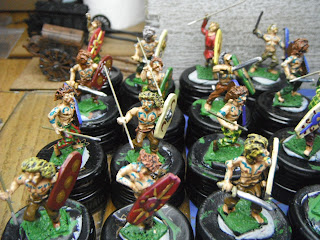 A quick pictorial update now that I have finally started painting the four 10" square boards from my two sets of Travel Battle. They are not yet finished, more dappling and dry-brushing is needed to complete the look, and I have another six houses to paint, plus two more French figure sprues. As the British army is now done I thought I would lay them all out on the painted boards, and I must say I'm rather pleased at the overall results so far. I will do a run through of the rules once all is completed.

It all fits back into one TB box nicely so it is a real portable game and can be played on a coffee table. 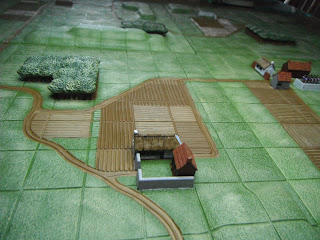 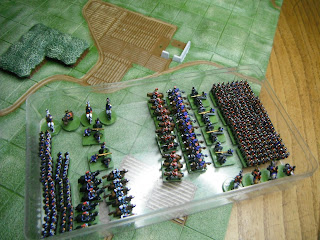 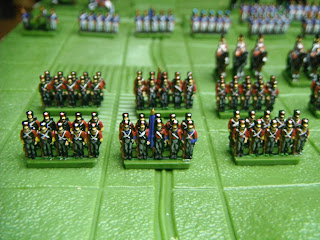 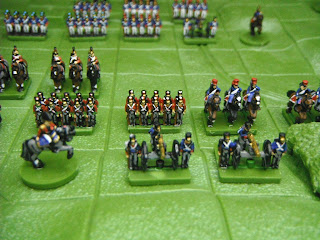 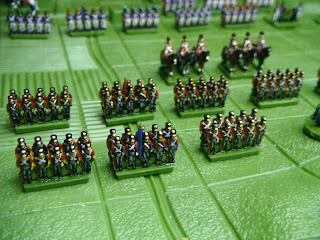 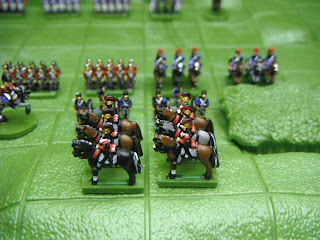 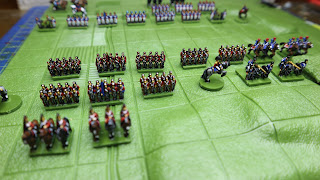 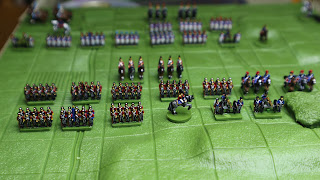 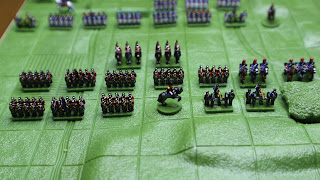 So that's half the French and half the British done so far. I then have the buildings to do before the 4 boards. As Perry are now selling the components individually I may add a couple more sprues to try some conversions (Imperial Guard, Highlanders etc ...... seen it done!), and possibly two more boards which would give a nice 'coffee table' sized game 30" x 20" perfect for when the Son In Laws come round.
Posted by 'Lee. at 02:36 10 comments: