This week I'm finishing off a rather splendidly uniformed battalion - The Walloon Guards. Scale is of course 20mm and these are Falcatta castings. As you can see they carry a lot of fine detail, comparable to a 28mm casting. So nice to see castings not covered in those horrid 'spiders' so typical of Perry Miniatures for example - subect of a recent thread on TMP. This unit is for Tony's Early Peninsular Spanish army and provides a nice contrast to the previously painted Deep Sky Blue and White uniforms.

Since Christmas I have become qute productive again, having made the decision to give up doing projects for myself. This will make 4 full battalions painted this year, although I must confess they were due to be delivered months ago! Still, I'm happy with my painting so far and ENJOYING it, which is the main thing. 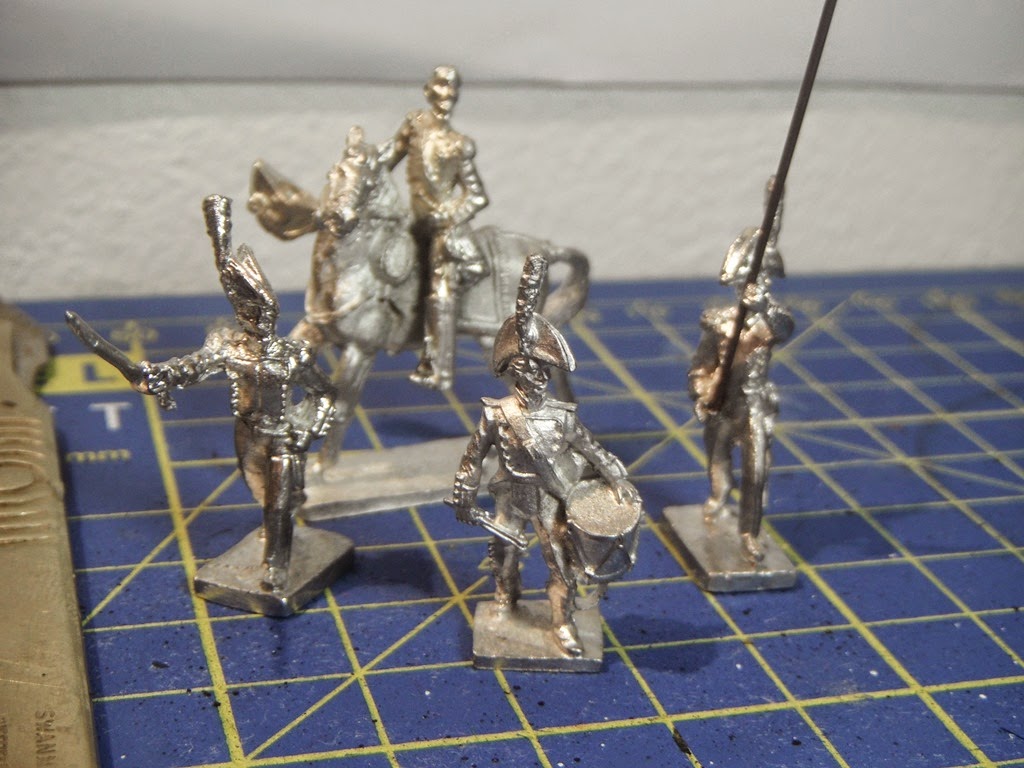 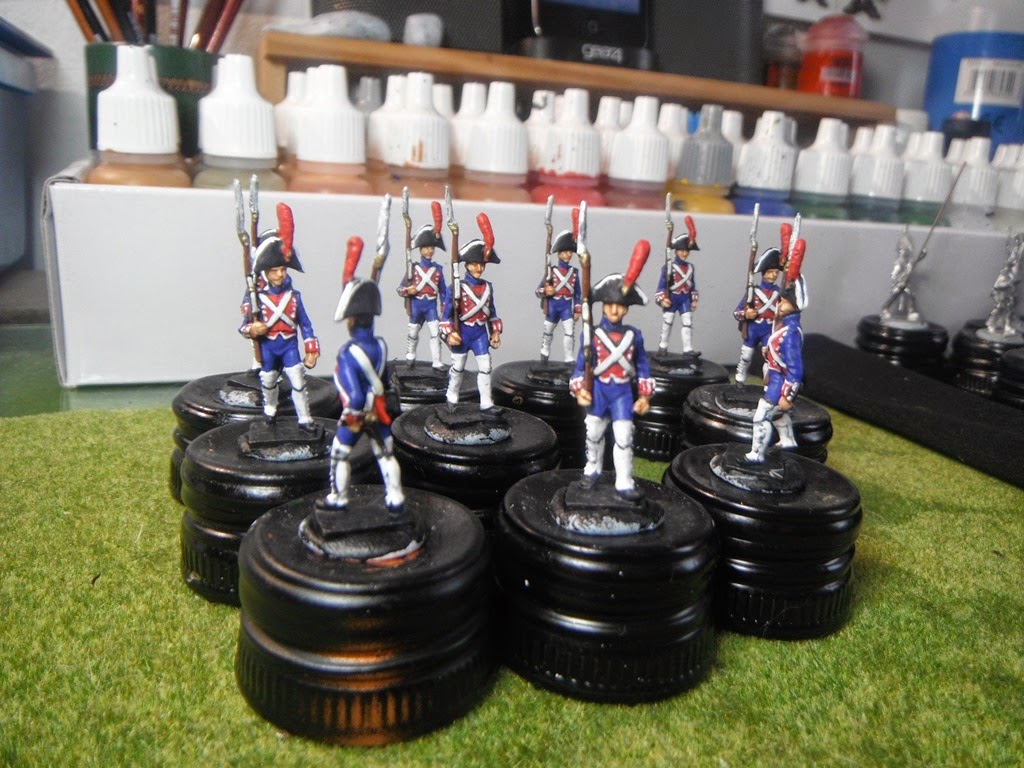 And a couple of shots of the Hinton Hunt Young Guard battalions - 32 figure units these. 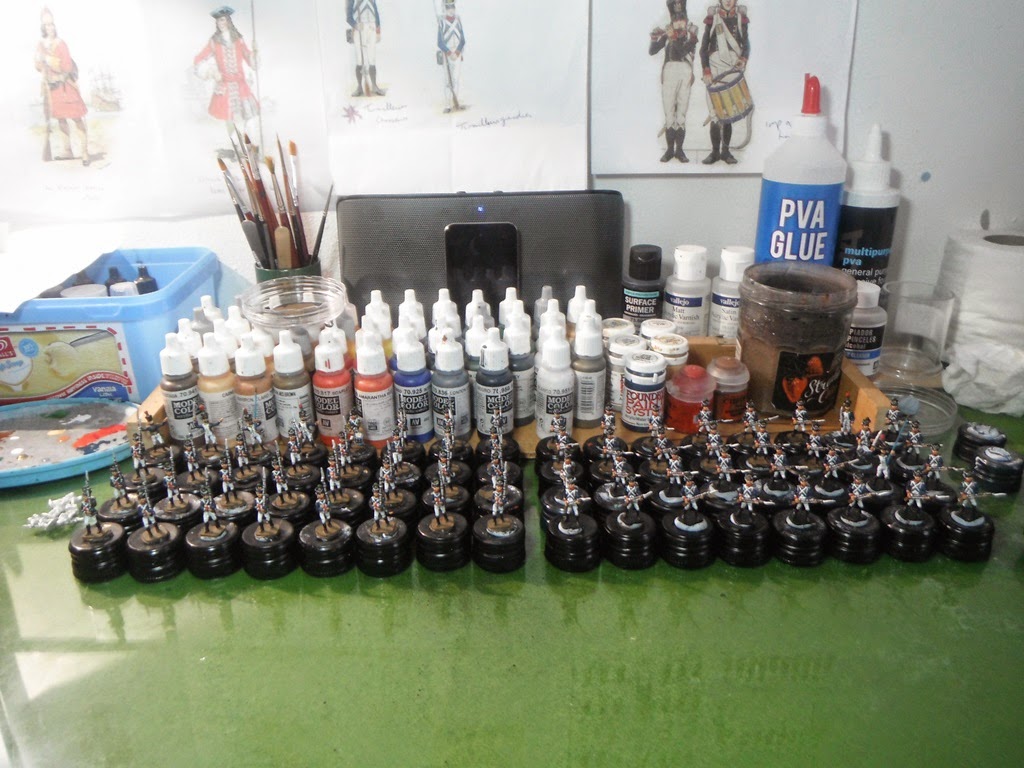 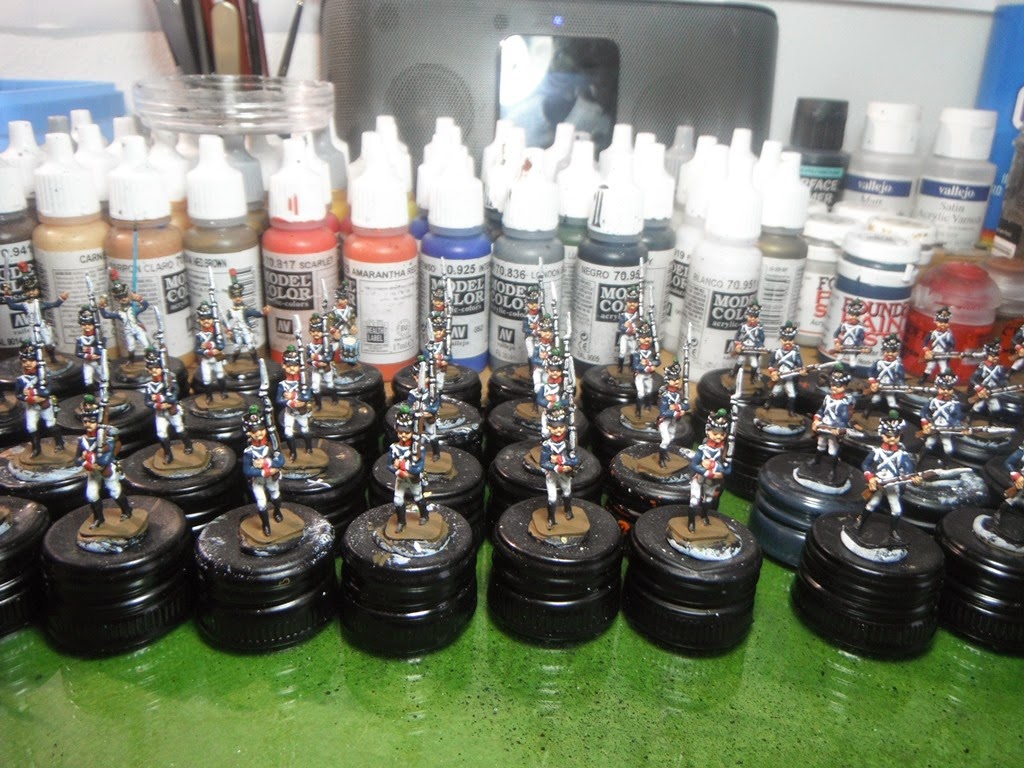 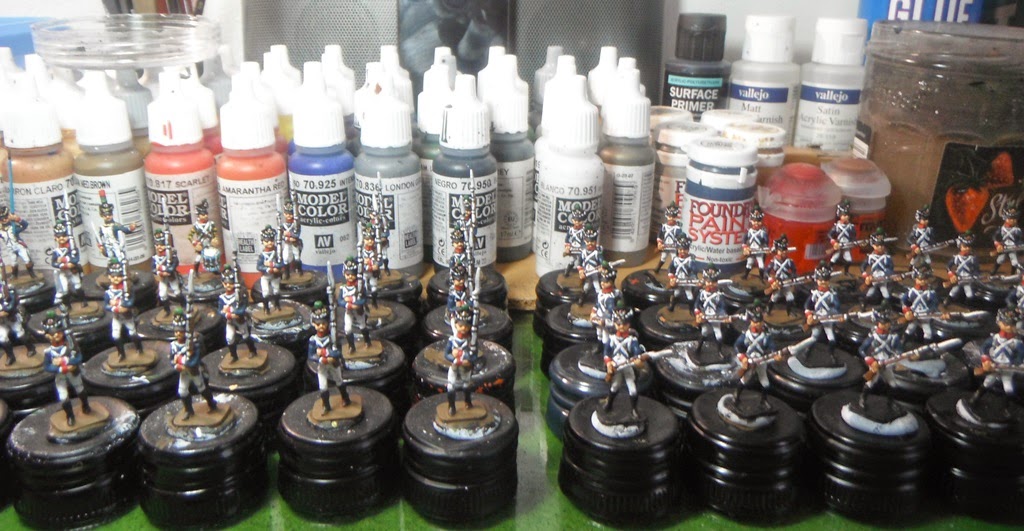 Being flushed with excitement at having just about finished stickering my C&C Prussian Army expansion blocks, I was not worried that I waited a few days for a copy of memoir 44 to arrive. By the time I contacted the supplier it was about a week, and they duly provided me with the electronic signiature (Royal mail 24), and time of delivery. Even on those devices there was no way it was my signature, but it was clearly an L and a G followed by a scribbled back loop and over! At first I thought was going mad, but I knew it was not my signature as I never go backwards and it's quite distinctive. So what has happened to my £40.00 game?  Of course I checked family members, "Dad, why would we sign as you?" Yes, of course, and same for neighbours, we know them all. Checked the delivery address and postcode ..... mine, time of delivery 15.10 I was here then and there was no delivery.

To be honest I'm scratching my head over this as I don't see what I can do?

I plan to order the C&C Spanish expansion this week (to complete the series so far), but surely this could not happen again!

* 'Iron Will' counter shown at top, the latest new game mechanic for C&C Napoleonics. Prussians get a number of these according to scenario and they can be used as a sort of 'last resort' to get units out of tough morale situations by allowing a unit to ignore one more flag (retreat) roll per Iron Will token played.
Posted by 'Lee. at 05:32 4 comments:

These two 20mm Napoleonic battalions are due from last year! The 54 infantry figures and mounted Spanish officer represent my painting total for January. I'm pleased with both units and have two more to follow up. Both still require some final touch up and varnish.

Commission work for Tony and Roy 2015. 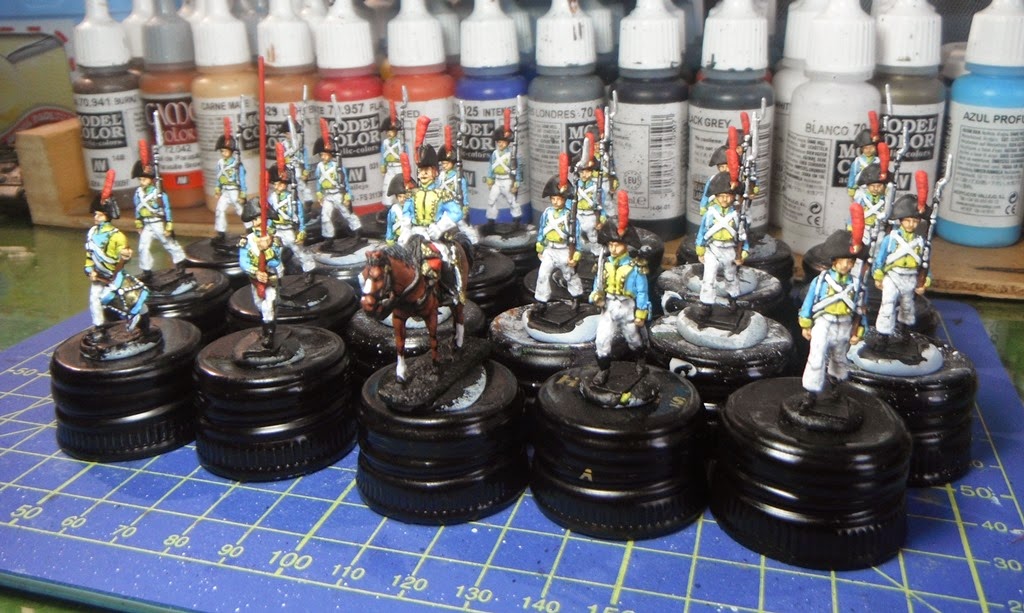 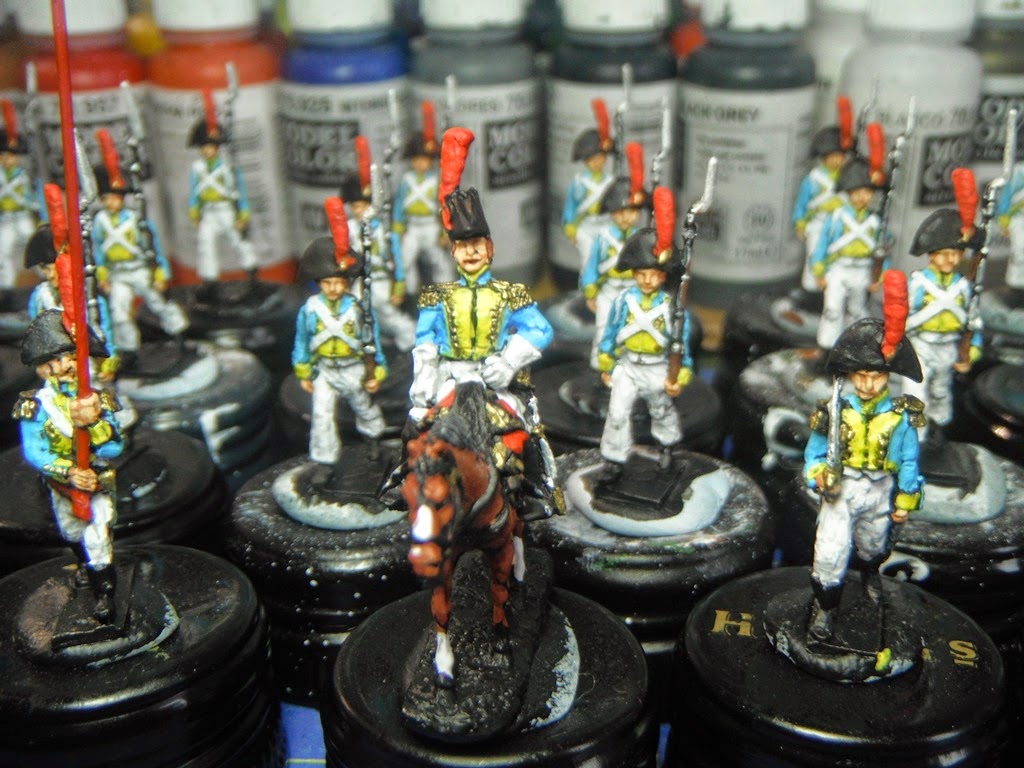 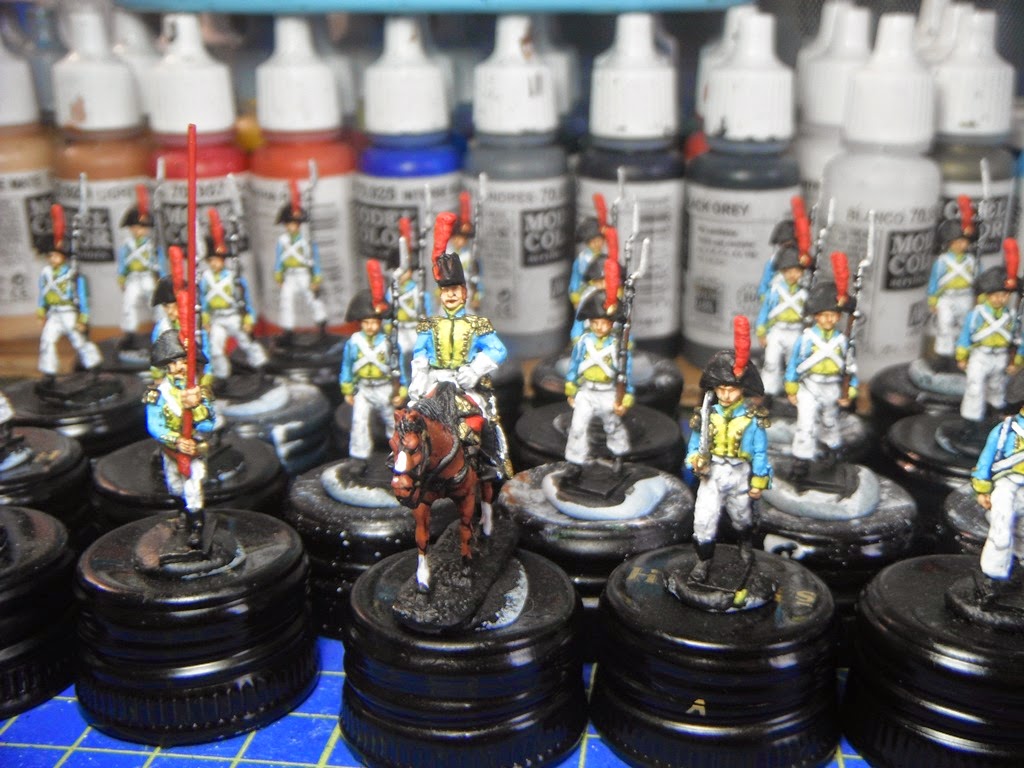 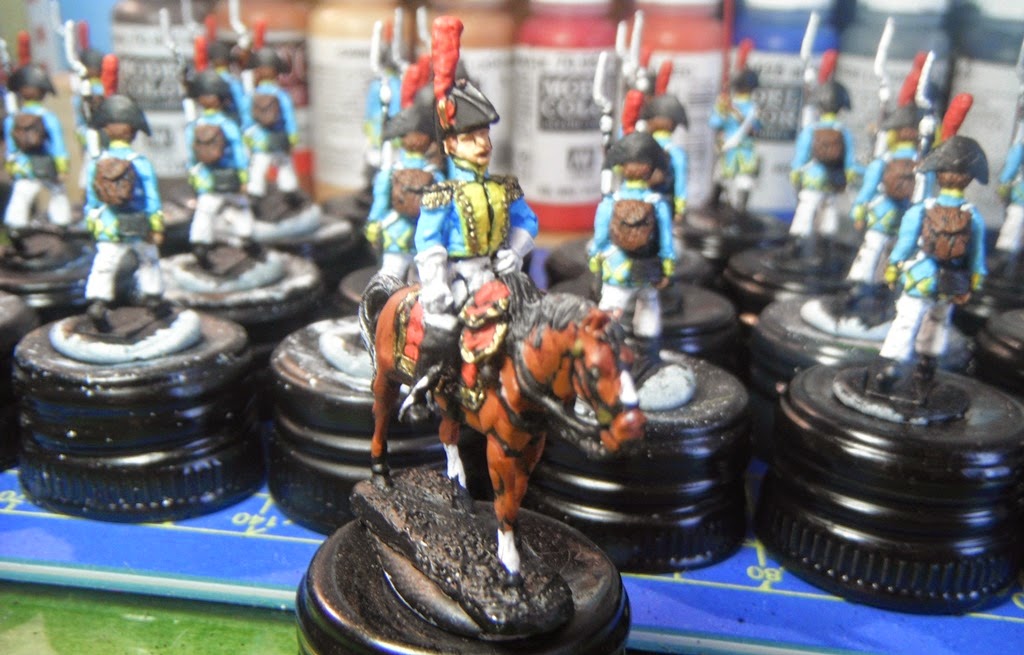 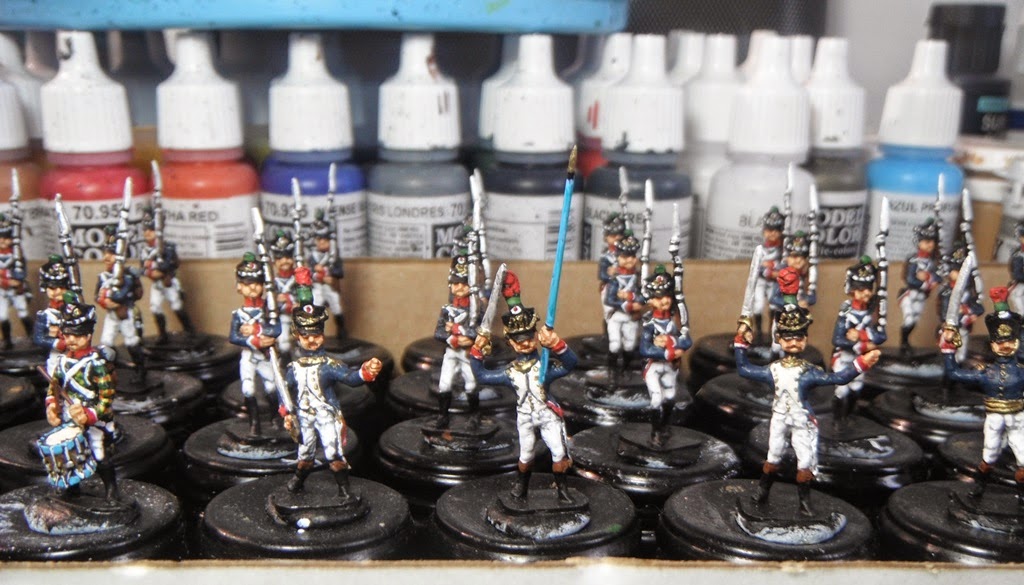 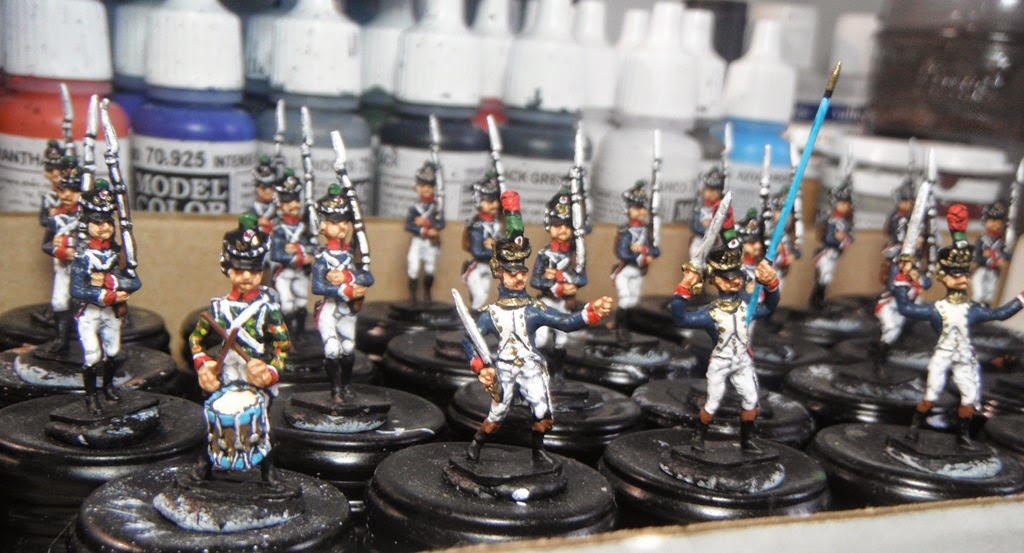