I should start by saying that the '800 Hinchliffes' post was actually intended to be posted on the Civil War blog, but confusion between signing in and out between blogs meant I accidentally posted it here! Still I'm glad the video got good exposure and all comments are very much appreciated. My aged Golden Retriever Marcie decided to start click clacking around the kitchen and then take a long noisy drink, which made for some interesting background sound effects.

Painting time is at a premium and the house is full of packing boxes, some furniture is being sold off and we are making lots of trips to the recycling centre and charity shops. However, I have managed to finish off my two Travel Battle sets, purchased almost a year ago after the launch at Salute. I think it may be useful now and that it will live up to it's title.

The four plastic terrain tiles can be laid out in a variety of configurations and occupies a space of just 20"x 20", the grid is 1" squares. I must admit I find the tiles very pleasing on the eye with the winding roads, farms and outbuildings, fields and hills etc. All I did was to very carefully drybrush the green plastic with Vallejo Buff, paint the roads in Vallejo Flat earth and the fields the same before drybrushing with Flat Earth/Off White to add highlights. The figures were all black base coated and the colours carefully picked out, leaving some black to add depth, my usual small scale style. For variety I painted one French heavy cavalry unit as Dragoons, a simple paint job that seemed to work OK. I have - for the time being - left the plastic bases a flat green, but that may change.

So here we are, two sets that fit comfortably in one of the TB boxes. 16 bases of infantry, 8 bases of cavalry, 4 artillery and 4 Generals per side. The sets also include nice blue and red dice plus a set of somewhat simple, fast play rules that I'm about to try out. 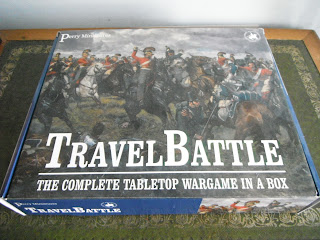 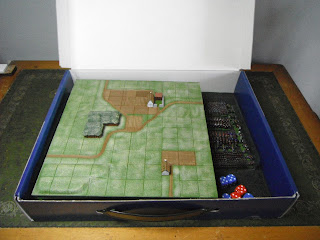 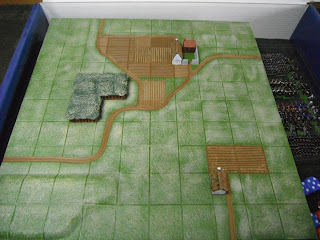 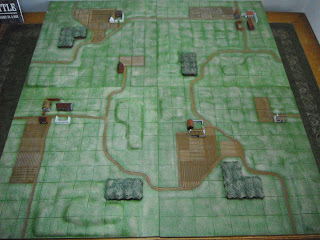 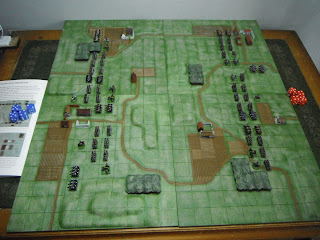 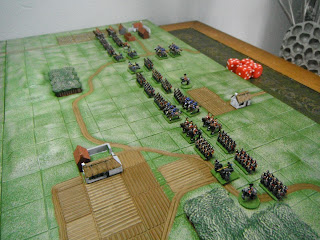 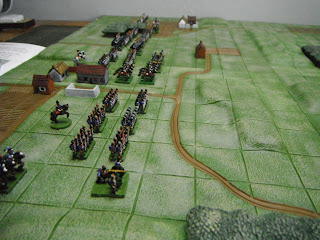 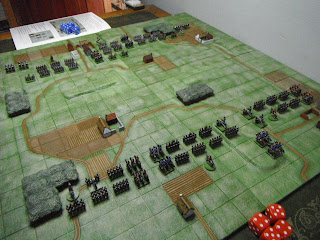 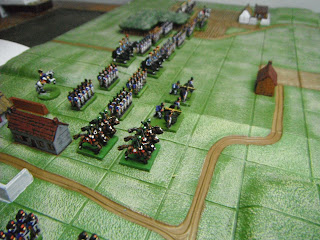 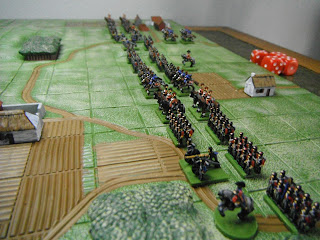 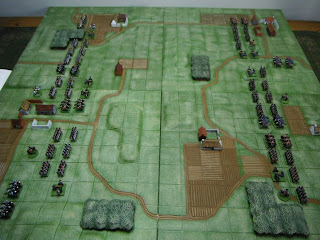 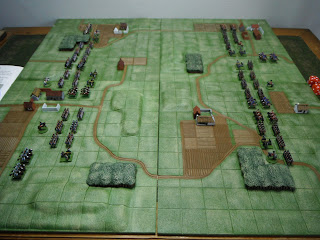 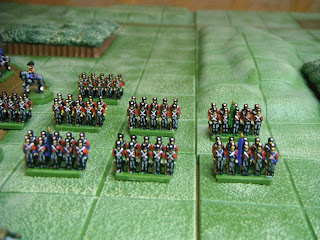 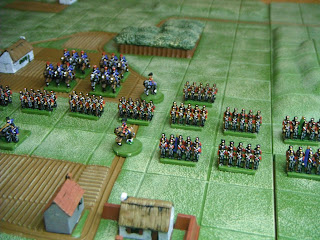 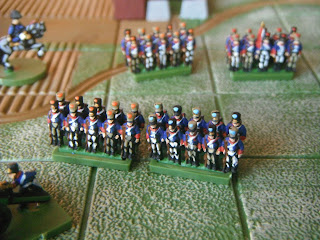 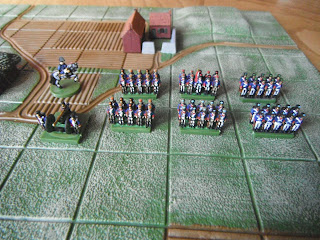 This is the result of a pretty intensive 8 months collecting and painting Hinchliffe English Civil War figures. The video is a bit shaky in places as I move the camera around and refocus, but please bear with it for the close ups. I doubt that I will add any more figures now so it seemed a good time to lay everything out together and to record them before re-boxing them up.

Thanks to all who have inspired and encouraged me through this project, it helped keep me going, and a special thanks to Rob who's idea of expanding the shot wings to 24 figures has made a huge difference to the visual impact of the foot regiments.

Started in May 2017 the project was intended to replace the collection I sold off in 1979/80 as a young printing apprentice living in a Blackheath bedsit and finding myself short on the rent. Those went to John Tunstill at his shop 'Soldiers' in Lambeth SE London a generous offer from the tall, well spoken proprietor whom I have described as having something of the Edward Fox abut him. It was ironically my first visit to John's shop whilst still at school and on a trip to the Imperial War Museum that I first encountered the wonderful world of model soldiers that has continued to fascinate me to this day, so I dedicate this collection to him.

I have seriously neglected this blog recently, having been very busy preparing for the move abroad. So much to think about, and having to let go of so much sentimental stuff to charity and recycling has left little energy for much else. The garage has been cleared, the loft is almost done, furniture has been let go to charity etc. Spanish houses tend to sell at least partially furnished, so we need to let go of more stuff yet. There is the matter of passport renewals before the price increase and currency exchange rates to keep in mind, it's all a bit daunting but nothing is going to stop us now. We are being guided by experienced professionals on both the property and currency markets so feel we are in good hands.

So where does this leave me on the hobby front? Well, most of my spare time has been spent on my English Civil War collection which now approaches 800 figures, but it's about done now and I'm going to finish it all off with magnetic basing and lining of the file boxes for travel. As part of the downsizing process I took the decision to sell off all of Flames of war collection and all of my French & Indian War collection. This might come as a bit of a shock to some, but it never really got used and the new owner has already given it it's first outing with the Sharpe Practice rules so I'm happy.

However, as painting soldiers is very much my method of unwinding and relaxing I decided to find myself a small project that will keep me painting until the move and this morning ordered two boxes of plastic figures from Perry Miniatures, the superb AfrikaKorps set and the Desert Rats set. I have never done the desert campaign but always fancied having a go and to be honest the pictures on the Perry site blew me away when I first saw them months ago. Each box makes up a platoon for Bolt Action and while I would have preferred not be sticking figures together again, I know the results will be worth it.

Well worth a look at the pics on the Perry site if you have never seen them, this will be the focus of this blog going forward. I removed the last post re F&I Wars as being no longer relevant as the game never got played, but if your into the desert campaign I hope you will continue to join me here as I build this one up.

Images borrowed from the Perry website, how inspirational is this?