This has been rattling around in my head for some time now, I think I may now finally be close to realising my ideal wargaming set up. Of course it's Commands & Colors Napoleonics based, but with a twist! I'm sure it's going to work for me, and will be well worth the cost and effort involved to achieve my aim. It builds upon everything in my last few posts, I'm finally drawing things together.

So what do you think is going on in my 'Upstairs Planning Department?' 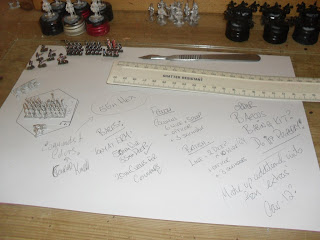 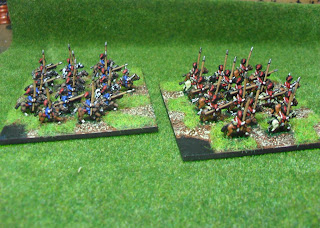 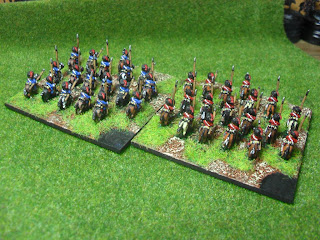 Pleased to report that the party went well and the snow held off for us, in fact I think  down here on the Kent coast we may well be one of the few places now clear of the stuff?

I was browsing through some C&C N related videos on YouTube the other day and came across this very watchable review of the Napoleonic base game which I thought would be worth sharing here for anybody who might be thinking about trying the game, either with miniatures or with the supplied blocks. As I have mentioned before I personally find this board game with its excellent printed graphics and wooden blocks really attractive. I have been trying to track down a copy here in the UK but can only find the Spanish Expansion available - for which you need the base game in order to play the scenarios. As I have said before, all of the components required to play this game with miniatures are available as official GMT Games downloads, but I'd like to get a boxed game set now. It's not cheap, but I think it's well worth the investment. If anybody happens to know of a UK stockist or indeed if it's even still available please drop me a line.

Here are the two reviews I found particularly good, the guy gives an informative balanced account of the Napoleonic additions to the familiar C&C mechanisms. He explains the use of squares in the game very clearly and also reminded me of the advantage of using 'combined arms' attacks, where for example an attacking infantry unit can be supported by artillery fire resulting in both attacking units throwing their combined dice together, the advantage being that both units can score hits before the target gets an opportunity to 'battle back'. If the player times it right, combined  arms combat can be very effective. Like the guy in the video I remain completely won over by this game for it's sheer playability and pace.

First, a short review of the base game.

Secondly a review by the same guy of the Spanish Expansion set. I'm intrigued by the 'Guerrilla Action' discs, must add an interesting extra dimension to the game.

Tomorrow is my middle daughters 18th birthday - it also happens to be my 55th too! Saturday night the house will be full of 18 year olds (I understand something called 'Vodka Jellies' have been prepared in quantity), as well as our more mature friends and family members .... I am expecting a very noisy affair, we 'the elders' will probably gather in the kitchen or somewhere, plans have made for the cats should they find the party unsettling. I'm probably reacting as though I'm expecting an Earthquake rather than a party, but then ...... I did once work with students, I know what they are capable of!  I'll probably drink a fair bit to numb the anxiety, certainly Jess has a plan to buy her Dad her first 'legal' pint. Still with luck I'll resurface on Monday with all my limbs (and hopefully my head) still intact. Actually, I'm really looking forward to it.

Just snapped these, have improved the shields on the Moorish lights (front three units) to try to reflect more realistic 'hide' shields...... I have to say that I'm rather proud of these chaps ........ not bad for 6mm if I say so myself. 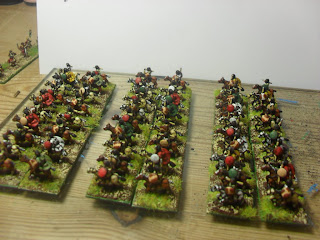 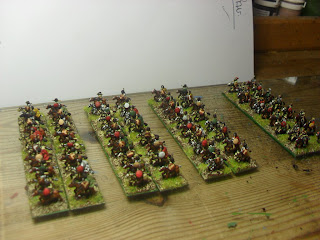 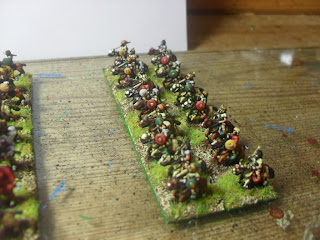 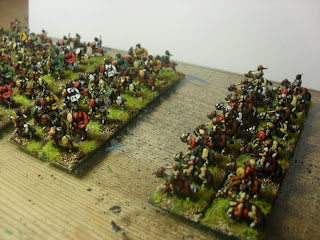 I've not had a lot of spare time recently so nothing as yet of a Napoleonic nature to add here, but here are some new pictures of the latest ancient cavalry units for my clients huge Rome V Carthage  project. These are all '3 block' units for Commands and Colors Ancients 'Epic' battles. The medium cavalry (blue edges) each comprise 24 figures while the lights (green edges) comprise 18 figures each. You can see the first three 'Moorish' units (2 of which have unfinished bases), light cavalry who were regarded as some of the best in the ancient world as I understand, and who rode small horses bareback style without bridles. I have a monster bag of these troops to complete ( another 9 units no less!) before moving onto Spanish and Moorish infantry, again in large numbers. A sneak look ahead also promises (I think) 18 elephants, with bases dotted with javelin armed skirmishers, and later still the command bases for both armies. Hope you enjoy the pictures, if nothing else they demonstrate the mass impact of 6mm figures I think, and just how much the casting quality and detail of this scale has improved over recent years. My personal mission has been to try paint these figures to the best of my ability, every single figure gets individual attention.

I have decided that I will stick to posting images of 6mm figures on this blog, any larger brethren I paint being shown over on my 'War Artist' update page. If you can bear with me I'll be adding more Napoleonics in due course to my own collection. I plan a full Russian army for C&C, and also intend to branch out into adding Dutch Belgians, Nassau, Brunswick, Scots Greys, French Guard for the later period.

The original terrain board cloth I made is being rebuilt using lighter wood and will be re framed slightly smaller. It's looking a bit sorry for itself right now having been cut out. I'll get pics up here once its finished.

On a final note I should add that my 6mm ECW collection has now been sold as it became clear that due to time constraints I could only really focus on a single project now. The good news is that the buyer wishes me to add some additional units to the collection and at least the figures will finally see some proper use! 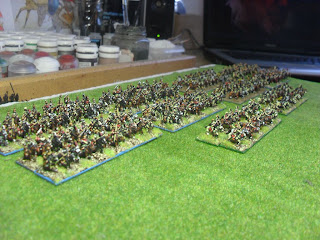 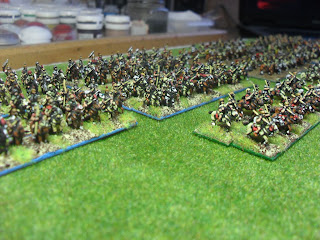 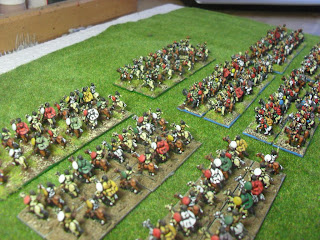 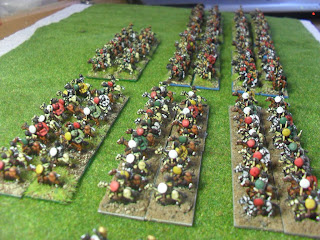 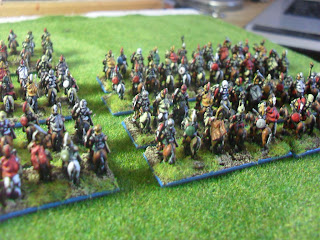 A few pictures of work in progress, my first attempt at a unit of 6mm Spanish cavalry (24 figures). The customers sample saved me a lot of research, this really is not my period at all but hopefully now I'm just beginning to get a better feel for it. I'm finding myself lacking a couple of 'ancient' shades, so I'll get them on order to save mixing.

On a Napoleonic theme, a couple of shots of what will be the last of three battalions of Spanish Militia in 20mm, each comprising 24 figures. These figures (Falcata) have a nice slim and well proportioned appearance, I really like them. Once all three battalions are finished in a couple of days time I'll grab a snap of them all together before they head off home!

As well as pushing on with the 6mm Rome v Carthage commission I'll be starting next on some wonderful 20mm Les Higgins Marlburians, really nice figures. I'm looking forward to working on them. 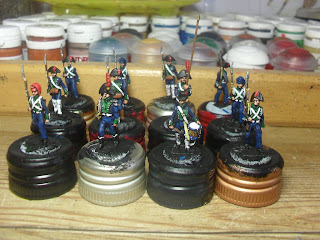 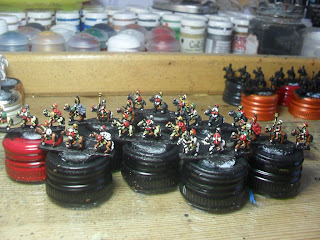 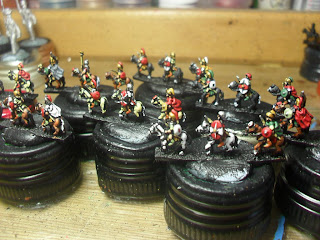 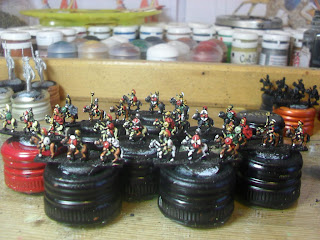 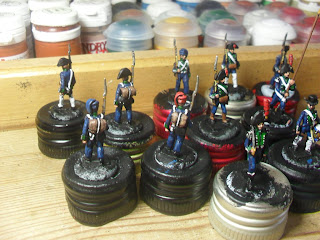 With the customer calling in to collect the next batch tomorrow I thought I'd take a few pics of the magnificent site of 11 solid blocks of Carthaginian infantry, they look ready to march straight through anything standing in their way! I like the 'side on' shots, showing the spears and helmets. In the rear are the two Roman cavalry units shown previously and the 4 units of Roman lights. Took a while to get the right impression of the wolves heads, which I wanted to contrast with the linen cloth. I think they look OK though, I have to remind myself "they're only 6mm's tall!). Next week I'll be starting on lots of cavalry Spanish and Moorish units.

As I said above, it's just a bit of eye candy for those who enjoy browsing pics of 6mm figures. I'm now working on improving my faces, these Baccus figures have detailed faces, eyes, ears, noses, mouths, the key is the right brush.... I think I may have finally found mine.

As a final note I'll just mention Peters 2013 plans for the Baccus range have been published and make mouth watering reading, with the French Napoleonic range due to be completely re issued and to include many extras, including infantry in greatcoats and more Guard. Pop over there and have a read. 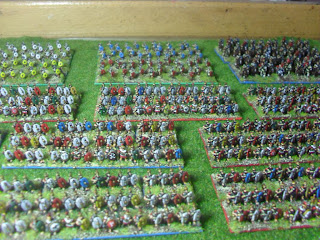 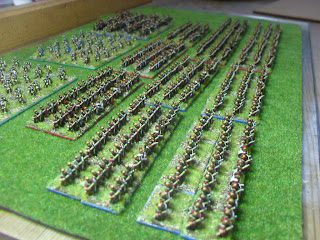 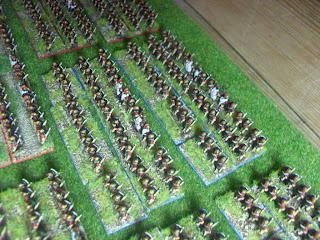 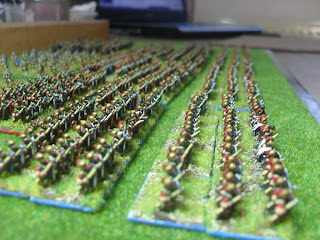 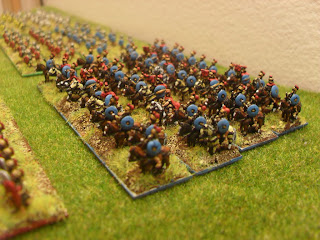 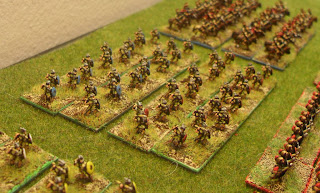