Back to square one?

Following on from my last post here a week ago much has happened with regards to my approach to my hobby. Having set up the table for a solo game of FoW I found that I simply did not have the enthusiasm to play it. The table looked great, it fulfilled all of my expectations, I was happy with the figures and the terrain but just did not know to get underway. To be honest, as anyone who has followed my blog/s over the last ten years will understand, this is nothing new, a look back through the pages of this blog reveals endless projects enthusiastically started but subsequently abandoned. I must have painted and sold thousands of figures over the years, in addition to those painted on commission, there is no doubt that this is where my pleasure lies, I still get a huge buzz from completing a well painted unit but put them on the table and it fizzles out! Lack of a regular opponent could be a contributory factor, it was not always this way, I have enjoyed many multi player games over the years, but somewhere along the line I know that I lost interest in the gaming side. I do have a solid group of old (non wargaming) friends, all now in their fifties or pushing sixty from the festival and party days of 30 odd years ago, but they have no interest in my hobby at all.

So, together with our intended move to Spain this year and the general scaling down of stuff for the move I have decided that I need to focus on something small scale and portable for the future. If I am to play the occasional solo wargame then it needs to be something I can quickly set up, plays quickly using rules that I have memorised on the whole with minimum need to check tables etc and can be played to a finish in around an hour or so.

As soon as I read Bob Cordery's 'The Portable Wargame' something clicked, I saw immediately how well these rules could work for me on a solo basis and provide a game sufficiently interesting and challenging to satisfy my needs. This was buzzing around my head for days, and I took the decision to give it a go. My starting point was going to be a fully portable one piece board just 90cm x 120cm, dotted out in 100mm squares, so 9 x 12 squares. As I had a few extra TSS space saver boards I used these for the basic boards, these will be fixed down onto a thin lightweight ply base and neatly edged with wood. I have play tested the rules and enjoyed myself immensely doing so, going forward from here I'm going to outline the construction of the board, terrain features and organising the armies for the rules, together with a description of how the rules work and general review of 'The Portable Wargame' book itself. I'm currently using the 'E' version but have the hardback on order and due any day now.

For now a few pics showing the current state of the board and terrain, also how the figures are based to work with the rules. Each 1p base (2 figures) represents 1 Strength Point as per the rules, what struck me in play testing was just how realistic the ragged lines of men look as they advance across the table. I'm working on new roads (MDF from Tony at ERM), and other scenic items. I discovered that my TSS hills are all in 100mm measurements so it's possible to overlay the grid with conventional contoured hills as you can see. I think that overall the table looks pretty conventional for a gridded game? More to follow.


So far so good, the ruler has been put away and this is working for me, first time I have ever used a square grid in over 30 years of wargaming and I'm liking it a lot. 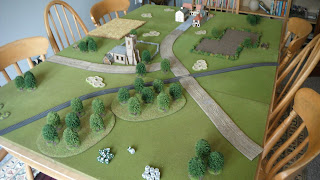 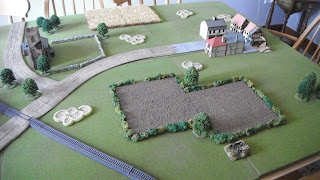 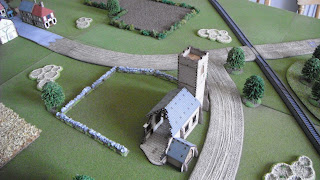 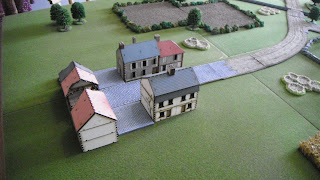 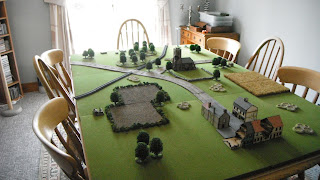 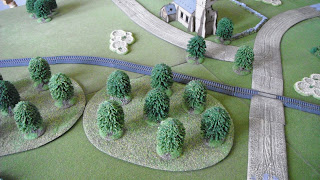 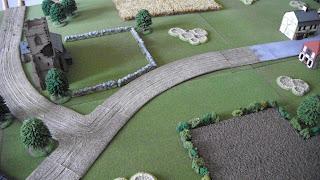 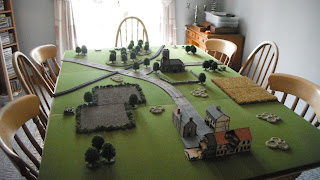 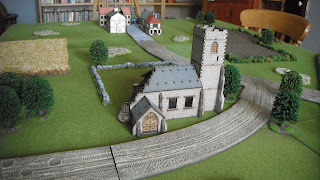 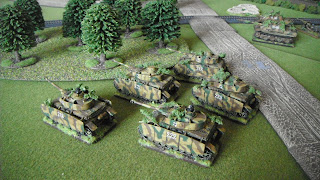 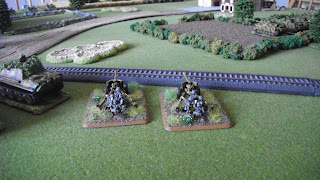 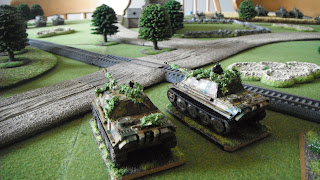 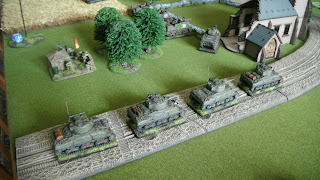 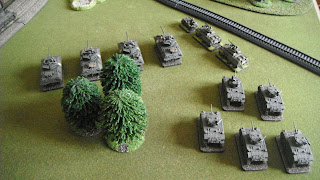 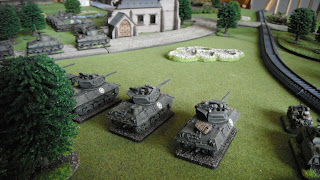 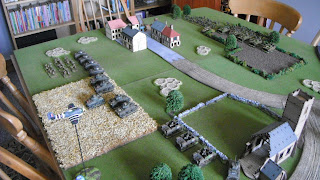 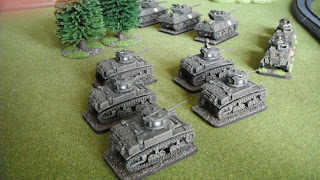 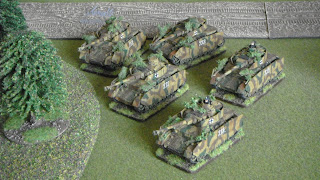 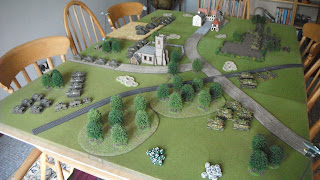 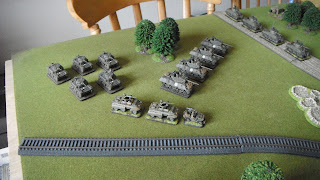 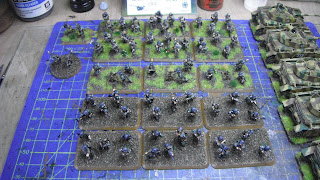 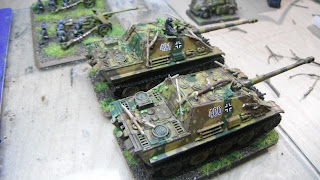 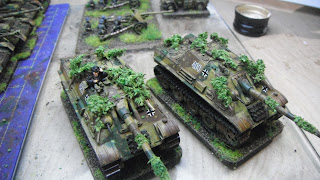