Some may recall that a few weeks back I ordered a platoon of plastic Battlefront Tiger IE's to replace the Forged in Battle resin and metal version that I have as I felt that the models did not fully reflect the bulk and size of the original. Once the plastic box set arrived I set about comparing the two versions and was actually surprised to find that both are really pretty much the same in size. The Battlefront models are slightly larger, by a couple of mm's in length only and about the same in width, the real difference is that the plastic hull is deeper as is the turret, and the 88mm main gun on the plastic version looks more hefty and is slightly longer .This has made up my mind to  hang to the FIB Tigers and sell of the plastic kits. So I decided to add foliage to my Tigers in order to keep them in line with the rest of my late war German armour. As mentioned previously I wanted to try to achieve that Normandy look when most German Panzers were covered in foliage to enable them to hide in the hedgerows, and again I tried to replicate the look of branches being pushed through 'D' rings welded to the exterior surfaces rather than the use of netting more commonly used by the Allies. 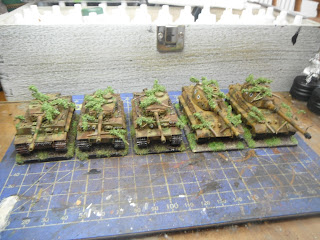 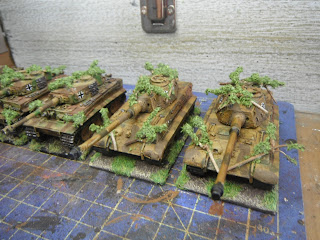 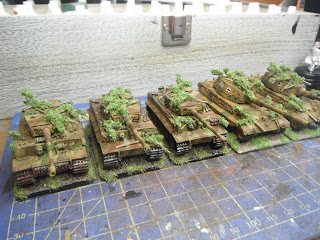 
IN addition to the above I also have a further 20 odd models that I no longer require, these include 3 platoons of earlier Panzer MK 4's one of which is in Russian Front  paint shade of whitewashed grey. I intend to cut back this collection by selling off the stuff that does not relate to the Normandy campaign period. 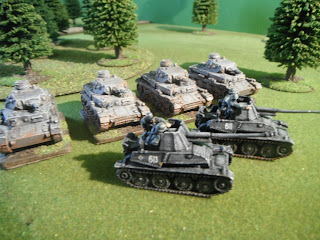 At the same time I have been going through my 'spares' box and find I have a fair bit of unwanted stuff that will also be sold off, this includes many plastic Warlord ECW cavalry and infantry sprues, 18mm AB figure unpainted (about £100.00 worth of castings), the Renegade 28mm ACW's, and about £80.00 worth of Peter Pig Wars of The Roses figures, all still in the bags! This will find its way onto eBay in due course no doubt. I will of course retain my Front Rank French & Indian Wars collection, my US 2nd Armoured Division as a foe for my Germans and continue to paint Hinchliffe ECW's.