A quiet morning with an empty house presented the perfect opportunity to get the trusty folding card table out for a small game. It is of course the Crimean War and I'm playing a very simple game using a D6 activation roll and Commands & Colors basic rules on a square gridded board (75mm squares). The table is just 2'6" x 2'6" so a 10 x 10 grid dotted out in yellow. I had a couple of hours to play which seemed to fly by but gave me the opportunity to work a few things out as I went along.. Must say it all worked surprisingly well for an impromptu game and a good time was had in the process.

I know that I crammed far too many units into the space and many units did not get into combat but the fighting for the central town was very lively with the Russian Guards Division making a frontal attack and driving the British rifles out before occupying it and holding it against repeated attacks, destroying the British Highland Brigade in the process. The French infantry did very well too with a spirited advance that drove back opposing Russian brigades. Cavalry were used in only a limited way, the British Light Brigade advancing in support of the Horse artillery battery on the left flank being forced to retreat by musket fire. On the right flank the French Lights charged a battery of Russian guns taking heavy casualties. Mention must be made of the British Brigade of Guards who advanced in spirited fashion driving back two Russian brigades with rifle fire.

I do like the bright green board and the simplicity of the terrain items such as the downscaled 3mm buildings and individual small trees, both of which can be shifted around the square when a unit base enters. I'm also pleased with the mass effect of the figure bases which are marked for casualties by a small green 10mm circle. These markers represent the current combat strength rather than 'blocks' lost in this case. The small yellow circles you can see were used to mark activations (1 to 6) and removed once a unit has completed all of it's actions - move/fire/melee.

In conclusion this set up allowed for a most enjoyable couple of hours play, and while I can see the advantages offered by a slightly wider and longer board I think this would make a very playable game against a live opponent, maybe limiting the number of units per side, possibly a random dice generated selection process and I'm sure the terrain could be used to play many of the One Hour Wargame scenarios with a bit of imagination.

Plenty of photos of course! First the deployment. 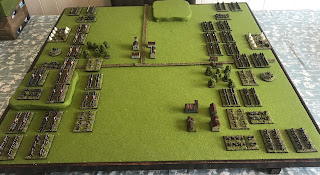 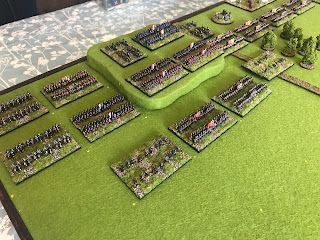 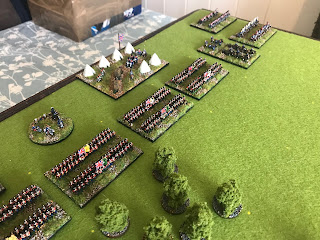 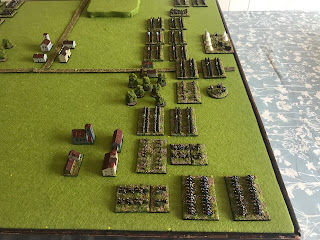 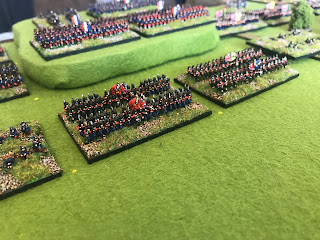 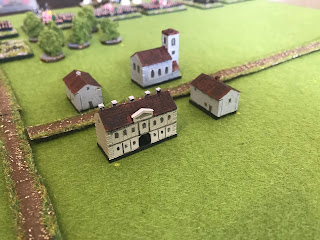 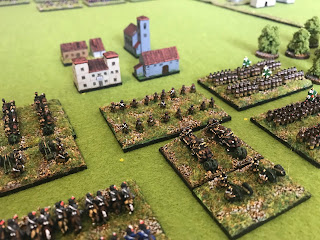 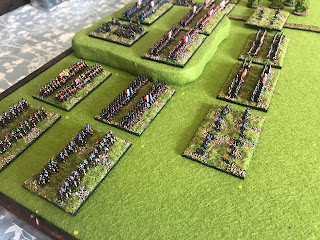 Mid stage as the struggle for the central town ensues. 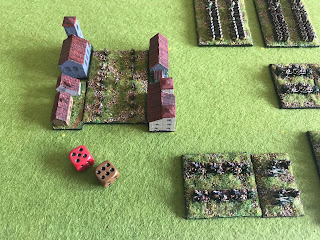 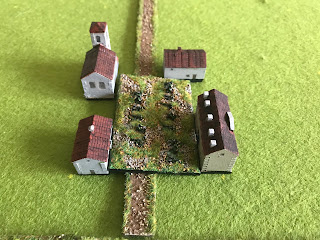 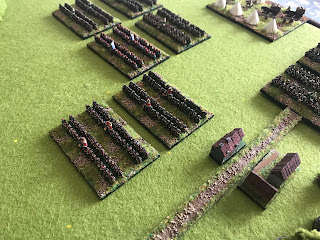 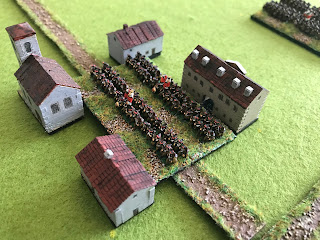 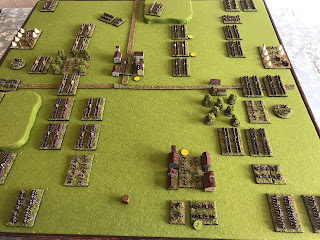 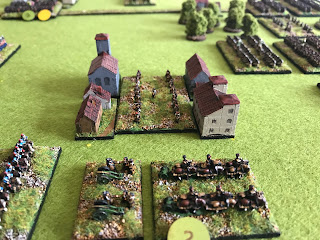 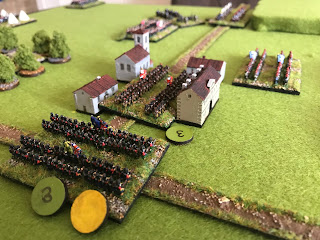 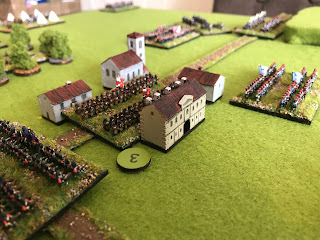 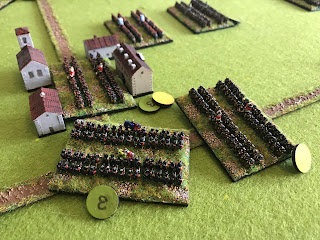 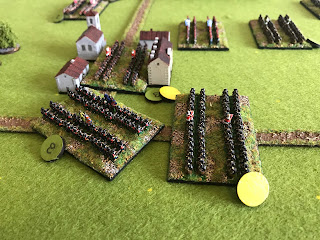 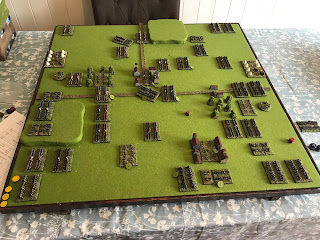 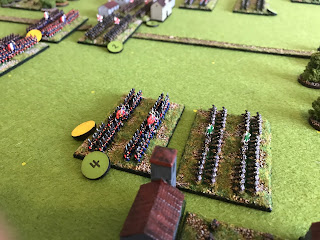 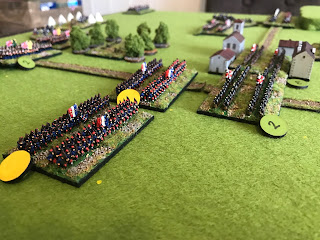 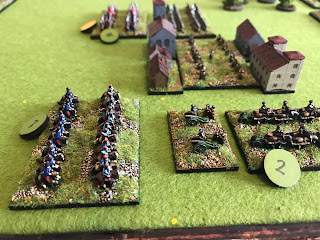 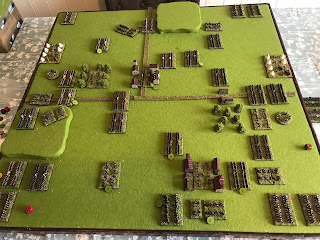 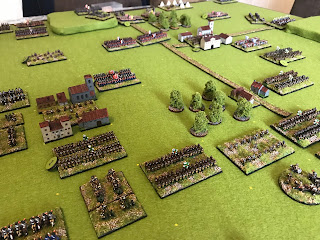 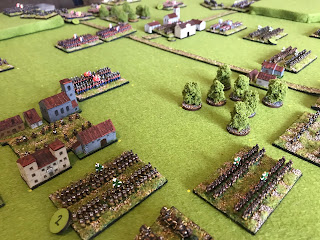 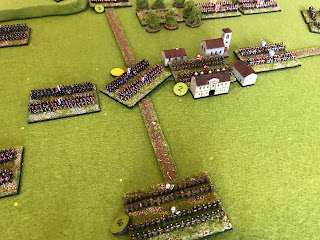 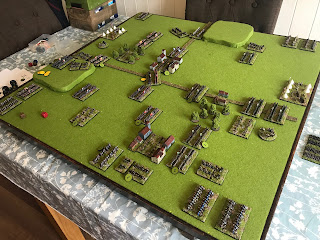