The only way is Epic!

Clearly there is a lot of interest in these plastic figures as borne out by the fact that my recent Epic posts have revitalised blog post views at a time when things were really starting to flag. So here's where the project is currently at and another short video to record my impressions and thoughts about the figures and how they can be painted up very quickly. I'm not spending a lot of time on these, commission painting must take precedence, but they are starting to rack up nicely.

Latest off the painting desk are British Hussars, French Horse artillery, French Dragoons and a little paint conversion of rifles to Light infantry, not perfect but in this scale it's OK and the officer got a head swap to give him a stovepipe shako. Interesting use of metal Peter Pig 15mm head packs for conversions over on the Epic FB group page, something I will look into as things progress. Next I'm going to paint a base of 6 Scots Greys probably the first British cavalry figures I ever painted. I had to buy another British Heavy cavalry sprue to get the extra couple of figures but I'm sure it's worth it and all will be used over time. Twenty cavalry on the sprue, so a whopping 30p each! 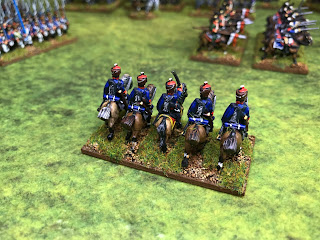 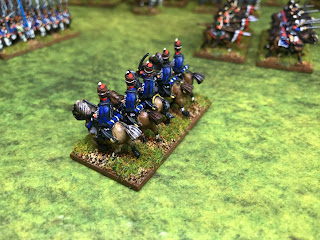 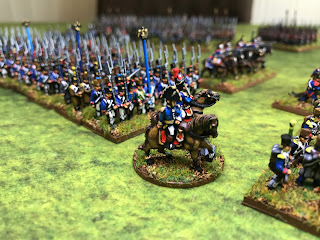 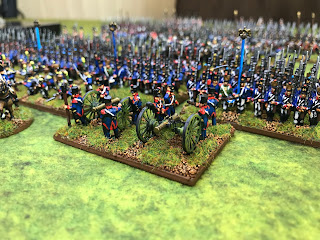 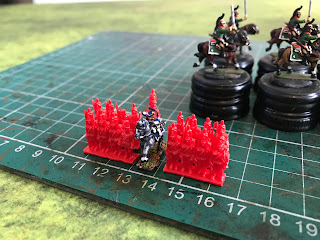 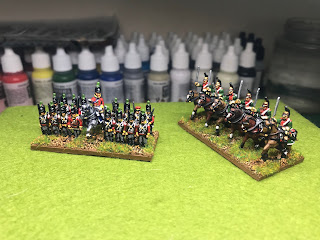 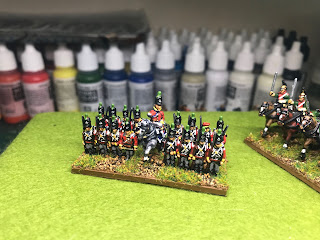 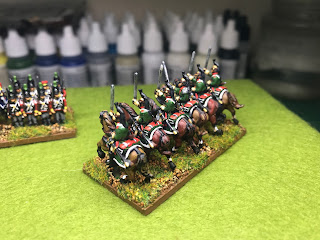 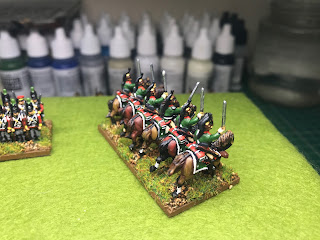