I'm so glad to see the back of the high temperatures, Monday and Tuesday were just insane down here in Kent, the paint was drying in the bristles almost as soon as it touched them! Warm water and soap combined with the trusty wet palette did at least allow me to still get a bit of painting done with no harm done to my precious brushes.

This week I have been working on 4 units each of three bases of Fantasy figures for Simon, this time it's the nasties which makes a nice change. We have a unit of close order Lizards, two units of loose order lizards and a unit of Goblins riding huge boars! I was unsure as to how best to approach these until my Son in Law sent me a photo of his pet Water Dragon by way of inspiration. Today I'll be painting the last 24 of them and then get started on the basing this afternoon. 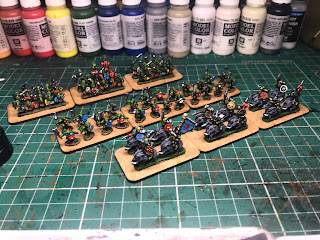 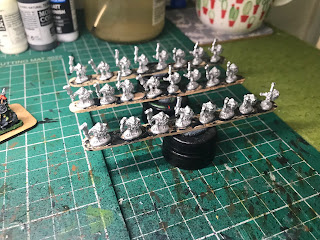 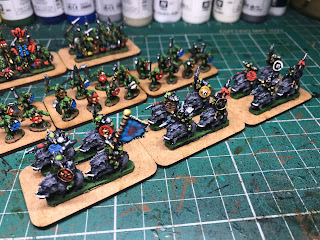 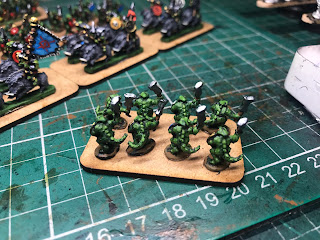 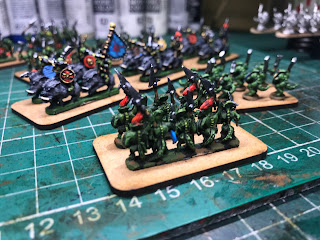 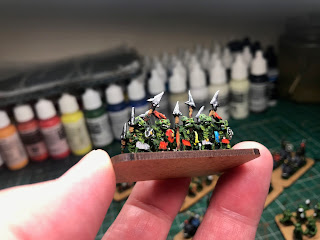 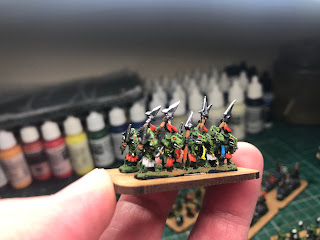 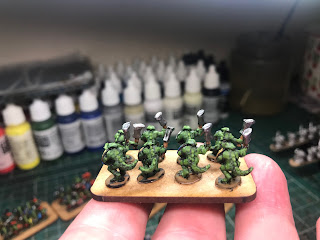 I finally found time to open up Geoff's little cigar box package today and what a delight it is. We had discussed the project in some detail and Geoff made a point of  carefully labelling every base type as you can see which really helps me to understand exactly what is what. The presentation is perfect for me to base coat and paint on the cards as they stand as I find when painting detail in 2mm scale I prefer to have the strips on a flat surface so that I can use both hands, one to hold the brush (of course!) and the other as a kind of 'rest' to steady and guide if that makes sense. It's very much the same technique I have always used on 6mm or smaller scales for  fine detail work. I'm excited to see just what I can do with these and it may open up a new line of commission work, who knows? photos of the painted armies should appear in the next update. 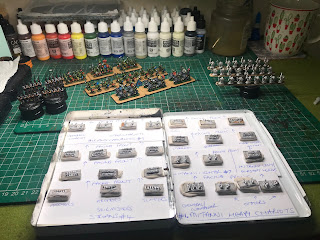 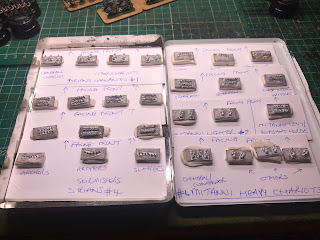 I continue to add bases to the Epics and I plan to have a run through of DBN at the weekend with them. I'm now padding out the infantry with further bases and have added a Dutch base using French line infantry strips to differentiate them from my Belgians. There are lots of very clever conversions going on at the Epic FB Group that I intend to try as things progress. I want to keep with the warlord figures as much as possible although I am planning some Peter Pig head swaps for some conversions. The one thing I do want is a base of skirmishing 95th rifles so I have the choice of buying a Highlander sprue where they include 8 Rifles or consider resin printed rifles via Etsy. Recently announced are the lovely mounted Personality sets which look great and the French Guard cavalry set so there is much to look forward to.

I was listening to an Epic related Vlog a couple of days back where Stuart (Miniature Realms) stated that the production and tooling costs of the plastic sprues came in around £20,000 per sprue, a figure I found quite staggering, (and I actually rewound to ensure I had heard it correctly!), and given the number of releases so far obviously represents a very serious investment on the part of Warlord. I don't generally keep my ear to the ground on these things but would love to know if this figure can be substantiated? Good on Warlord I say because I love these figures.