I was determined to include the 3rd Regiment of Foot 'The Buffs' among my growing Epic collection because as some here might recall it was the Regiment in which my Grandfather Alfred Charles Gramson (link) served on the Western Front during WW1 and I  have a digital copy of his Attestation papers from 1914 witnessed by my Great Grandfather. Without further ado (and clearly not sufficient research) I painted the base you see below, the natural leather straps and buff facings making a nice change from all the white. It was only last night that I realised that the Regiment was not actually present on the field of Waterloo, or as stated in the regimental history they 'missed' Waterloo which made it sound as if they had taken a wrong turning along the way and ended up elsewhere! Blast it, but there we go, they will still be joining the ranks of my Epics and I'm sure they will fight as well as they did in France.

I'm just starting to add the Warlord supplied flags to the bases now, first couple this morning. Bit tricky like this so in future I will do them before basing the command strip. Turned out OK though, paper is a little thick to bend and shape but nicely printed.

Latest additions are also more British Light Infantry, actually a stab at the 71st Highland Light Infantry (formed) and a base of 95th Rifles skirmishing. The mounted officers denote that they are Light Infantry and both have had head swaps. Well past the 400 painted figure mark now so going well and great fun to paint in the strips. 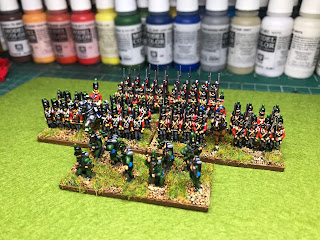 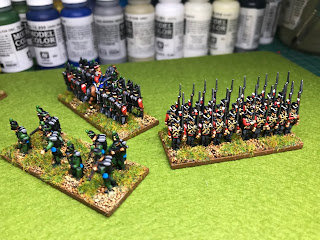 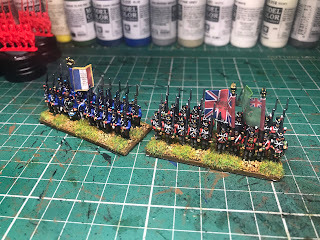 Commission work -  few shots of the completed 10mm Fantasy figures painted for Simon, bases textured and a few more highlights here and there to the Lizards for a bit more 'pop'. Simon has some 28mm's lined up for next batch, Robert The Bruce and Clansmen so better brush up on my Tartan. 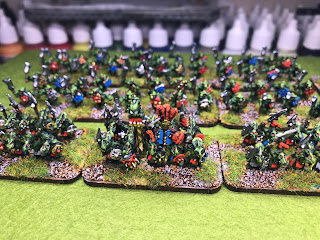 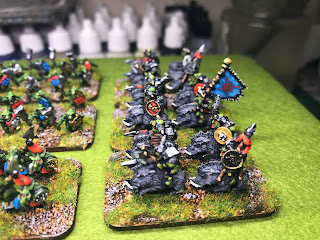 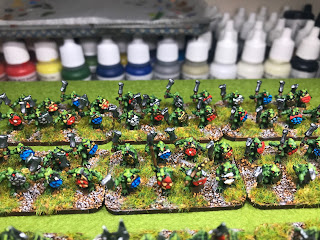 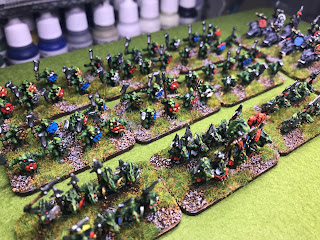 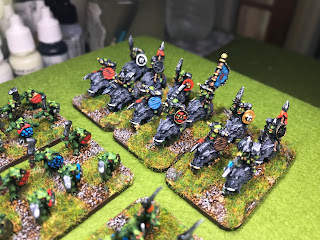 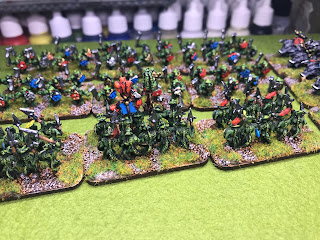 Tomorrow I plan to tackle the 2mm DBA armies for Geoff and then I have more 20mm figures for John to finish off before painting two more 20mm WSS infantry battalions for Tony.