And back in the present!

As usual the Pigs are a pleasure to paint and these may well be the last of the Edgehill project figures I think and next up will the Scots, something I am also looking forward to. Some of the mounted generals here are matchlock (I think?) slightly chunkier than the Pigs but a nice addition of various commanders.

All of the Prussian infantry are required to be on half width bases, strips cut down, so 10 figures per base, 40 to a battalion. It's a simple job and they break fairly cleanly. Of course this presents an issue with lack of command figures from the epic strips so I'm hoping the Chariot Prussian metal figures will fit as well as the British and French do, you can only really tell once painted.

For myself I continue to add metal command to my 20 figure epic infantry battalions, latest this week are the British Guards (3 regiments now with colours) and the Highlanders as you see below. I'm really pleased with how well this is working out and the sight of the entire brigade of 60 figures is very pleasing on the eye. The bases are 60mm x 25mm.

Weekend now so I'll be painting just another 6 figure heavy cavalry base for myself, the Life Guards, and also prepping up another 5 Prussian infantry battalions for next week.

Have a good weekend. 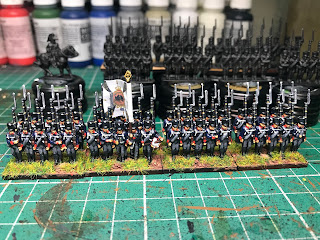 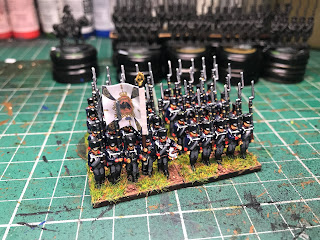 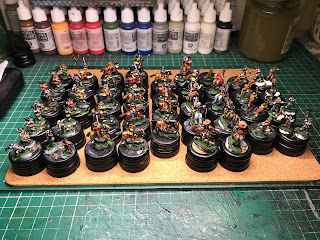 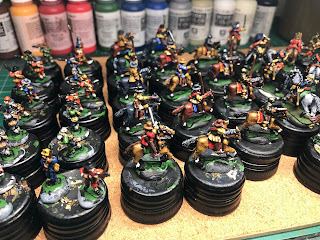 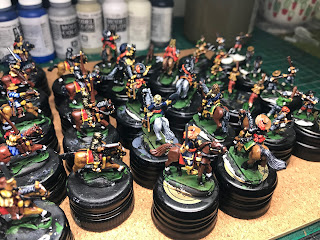 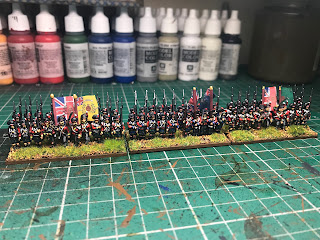 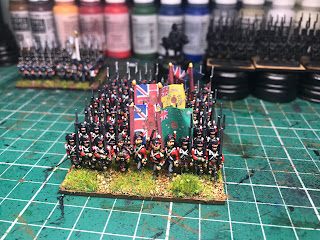 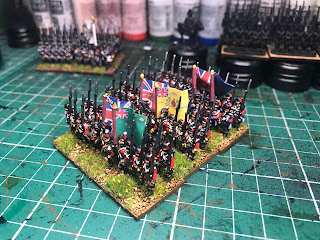