A mixed bag of scales!

The 20mm WSS cavalry are Cadogan's Horse painted Sunday and Monday, another gloss varnished unit for Tony. The British Light Dragoons and another Russian infantry battalion (in caps) are the latest additions to the Crimean project with another Russian battalion to paint today. I need more Russian infantry as they will have a lower fire combat rating than the British. This will represent the fact that many were still armed with smoothbore muskets rather than their ability to fight stubbornly.

I'll be starting a 19 figure unit of lovely of French line infantry, 25mm Minifigs next for John, I still love the sculpting style of these figures, presumably the work of Dave Higgs (?), traditional metal  dolly and solder masters that have an instantly recognisable style. The old box art also brings back floods of nostalgia for me, reminding me of my many trips to the Rye Stamp and Hobby Shop in Peckham SE London owned by Bill Brewer. 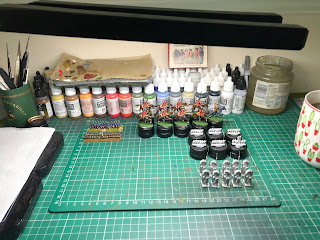 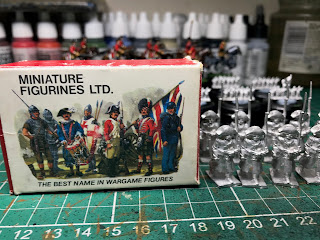 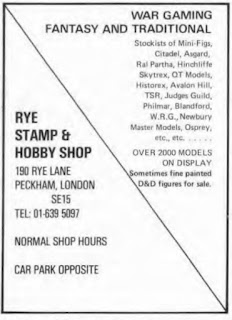 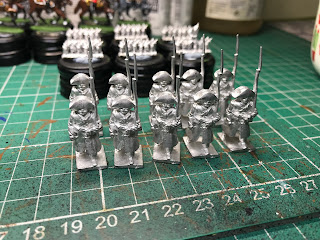 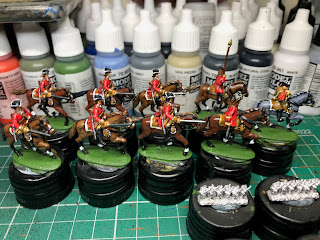 Below: Latest recruits to the Light Brigade, Light Dragoons. All Irregular Miniatures of course. 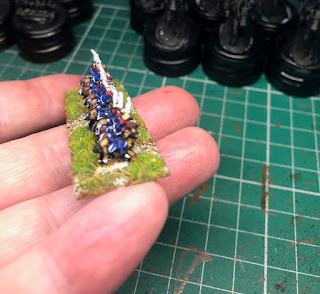 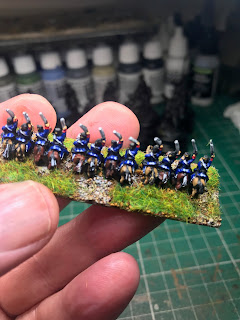 The ACW's for Graham are going home today. As mentioned previously I had issues photographing the green of the Berdans uniforms, could not get it to look as dark as in the flesh ( I'm still using my older IPhone camera so maybe it's about time I tried something new), but rest assured they all look far better than they appear here! 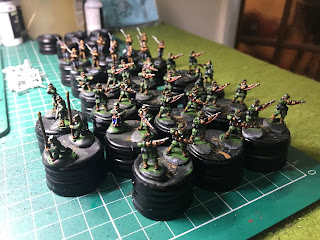 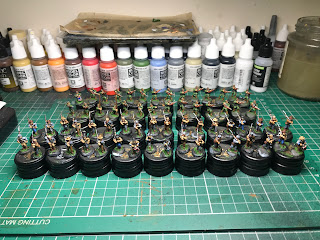 And a few 6mm shots to finish with for now, British on the march as the Russians look on, Lord Raglan raises his hat as they pass. 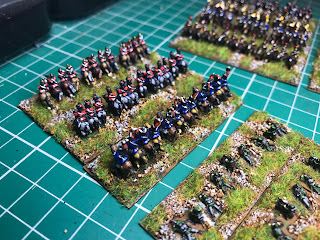 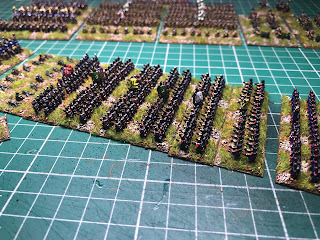 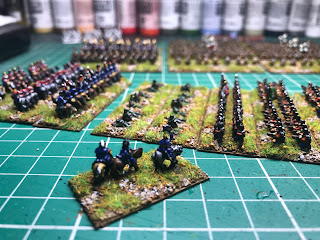 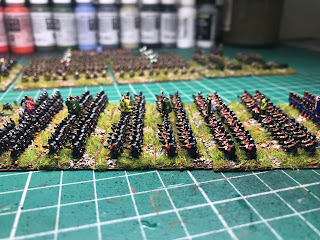 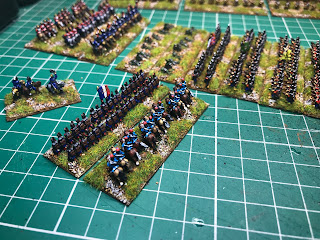 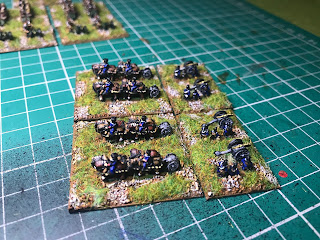