Here are the 1st and 3rd battalions of the 1st Foot Guards. They have not yet received their new 'Belgic' shakos as you can see but still look quite resplendent. The distinctive colours were downloaded from 'Warflag' and a bit of extra shading added. I wanted a way to identify 'Elite' units and settled on the addition of a touch of gold paint on the rear of the bases as shown. These represent two quite powerful battalions under Command and Colours rules, both represent 5 blocks and add 1 extra dice in fire and melee combat. They may also ignore 2 'flag' rolls (which would usually force a unit to retreat 1 hex, or 3 in the case of poor quality 'militia). Very steady troops who can be relied on to 'stand' and fight well, just as it should be.

I have also remounted my buildings on new bases made of thin flexible plastic, same as I previously used for my road sections. It worked well I think?  I wanted to round them off rather than be obvious hexes, although they fit nicely into the hex as you can see. I'm very pleased with the result and have decided to adopt this approach for all my terrain now so hills will be rounded off. I had to abandon my attempt to salvage my old road section as river.... better I think to remake it from scratch.

My future commitment to the C&C rules means I have planned more bases for the future. I'm not happy with placing a base on top of those roofs when the village is occupied, so I'm going to make up some small figure bases, British and French that can be placed within the villages to represent an occupying base and replace a standard base, I think it will be worth the extra effort. I'm also going to paint up 4 'square' bases per side, featuring battalion bases at full strength in square with mounted commander in the centre. These will also be worth the duplication and effort I believe, and I think will look good on the table.

For the next week or two the plan is:

I'm close to having the right troop numbers for the C&C Vimeiro scenario, so that's also a not too distant future plan. 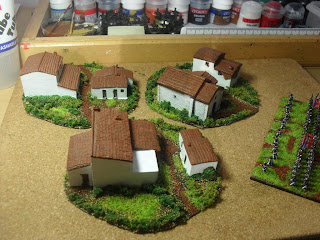 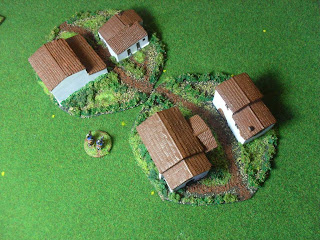 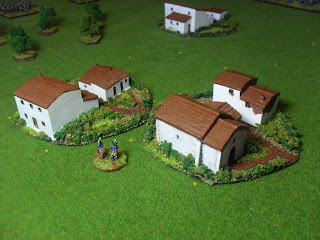 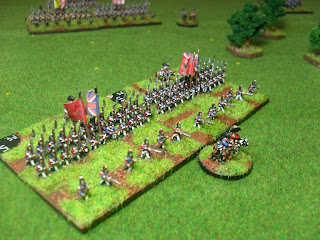 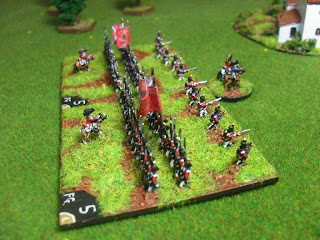 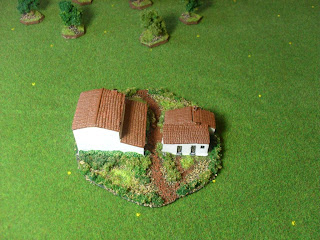