........... (Following on from this mornings post), it's certainly not all gloom and doom here, some lovely distractions.


And yes, I have been dabbling a bit with those 6mm figures again of course, just struggling to find any enthusiasm for it, but the big 44 figure infantry units could look very nice. When I'm in the mood for painting I can knock off a couple of these units in a couple of short sessions, I know excatly how to paint these as almost second nature, just where to put the dots of paint and where to leave black etc. But is it worth one more go? Probably all end up on eBay in  a few months and sell for less than the price of the bare metal, but you never know! 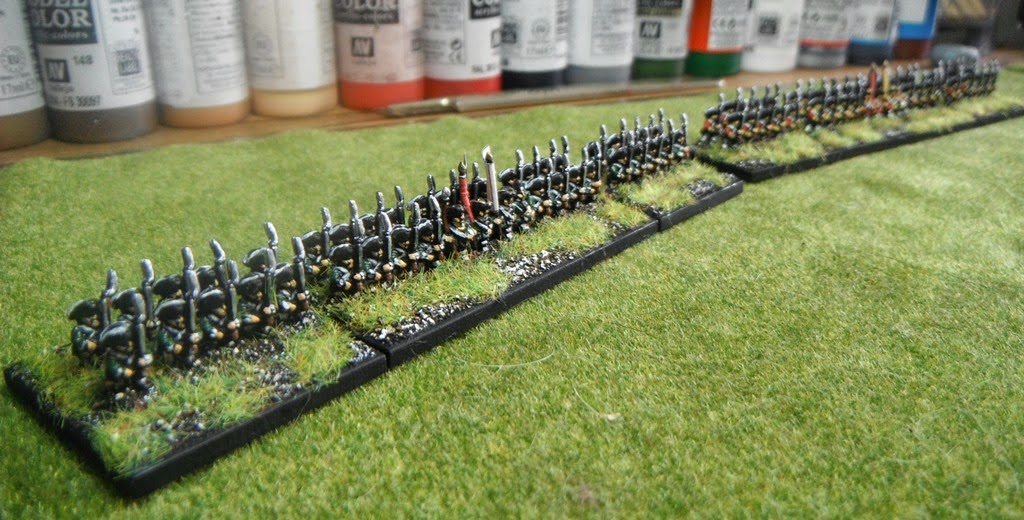 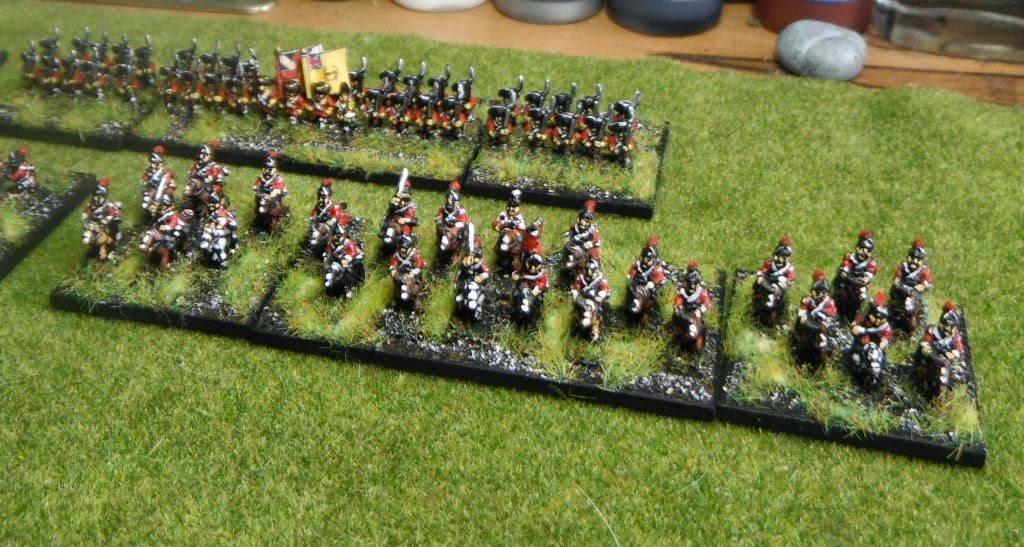 Not much to report.

Once again painting has slowed to a near stop, barely had the enthusiasm to pick up the paint brush. I'm not beating myself up over it though, just getting on with all of the other things I need to be doing. Could possibly be a seasonal thing as it's happened before, or maybe I'm just suffering the same general malaise as Steve the Wargamer. Whatever it is it represents a major 'block' to my own painting 'mojo'. I'm sure it will pass as it usually does, In the meantime I'm busy with family life, pets, house and garden maintianance etc.

From the perspective of my own hobby I think I have burnt out from project after project that loses it's appeal far too quickly. After 40 years of painting figures my own figure collection = zero figures! Somehow I'm trying to build enough motivation for one final go at the American War of Independence in 6mm scale, breaking away from hex grids and returning to more authentic terrain, something I have always enjoyed in the past.

Music has always been a big part of my life, and I listen to stuff every day, very much dictated by mood. I still enjoy hard rock from the late seventies and eighties onwards, currently I'm revisiting my old Rory Gallagher albums, and I remain a massive fan of AC/DC who never fail to deliver explosive live performances despite the band members now being in thier sixties! Pink Floyd of course also remains my favourite painting band.

Found this one again recently, had not listened to it for probably 25 years, but it immediately caught my mood prefectly and gave me a boost. For the old tingles down the spine this is hard to beat and I'm sure it will remain on my playlist for some time to come again.

Had a good weeks painting this week, got a lot done and I'm pleased with all of it. Firstly I got to finish off this 55 figure English Civil War unit, the third I have done so far for Graham. The deep red works well with the green lining showing at the cuffs. 16 pikemen flanked by two blocks each of 16 musketeers plus 7 command figures. 20mm SHQ Miniatures, very nice figures to paint although I had to drill out all the pike hands otherwise the pikes won't fit through. I'm pleased with these. 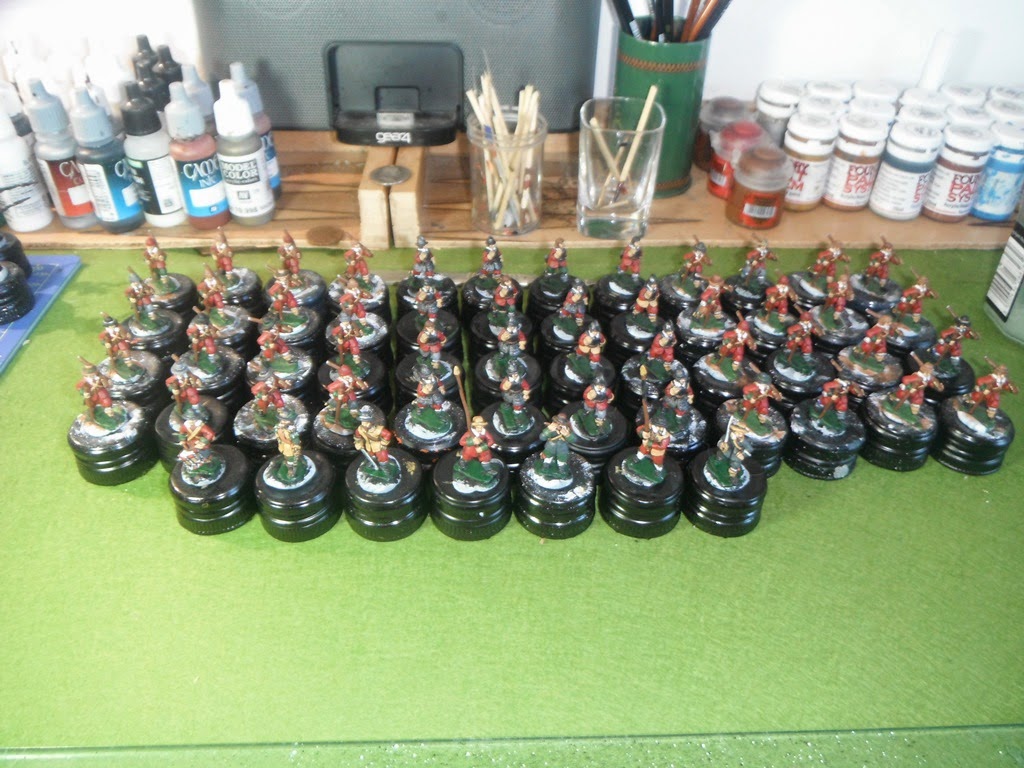 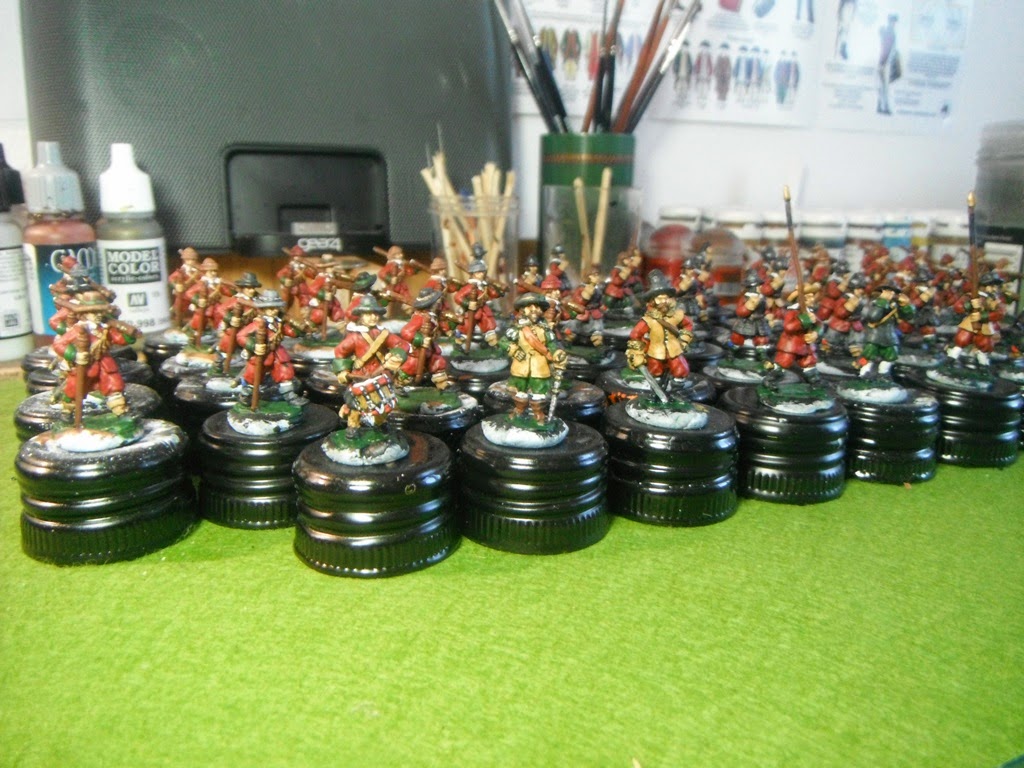 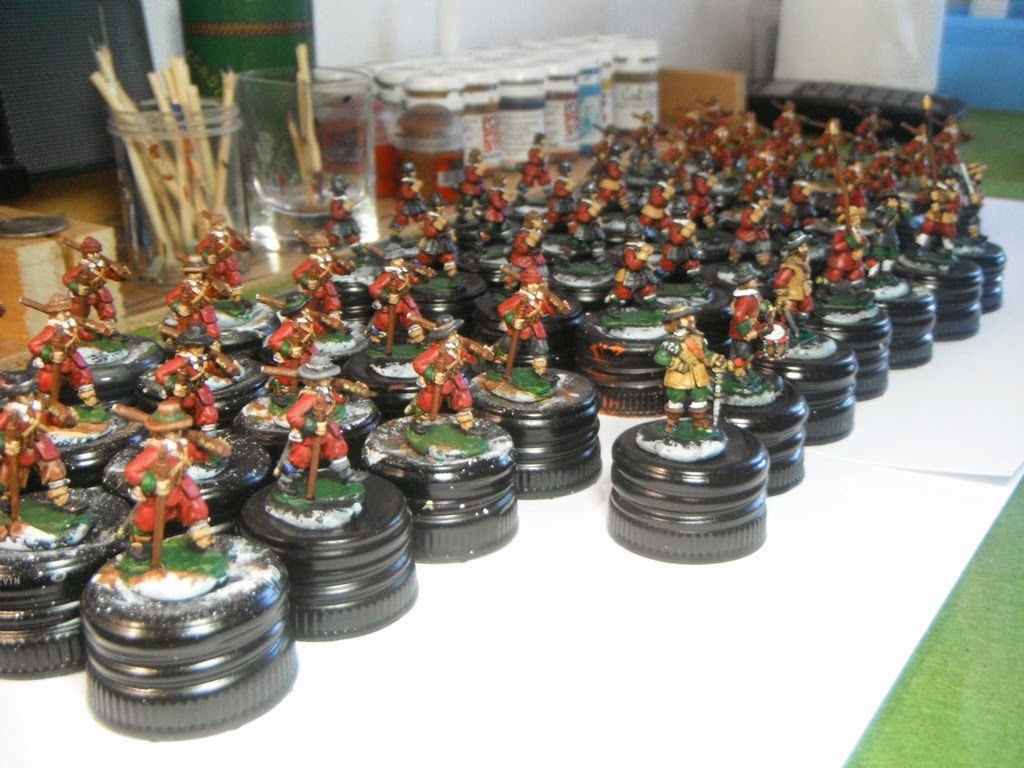 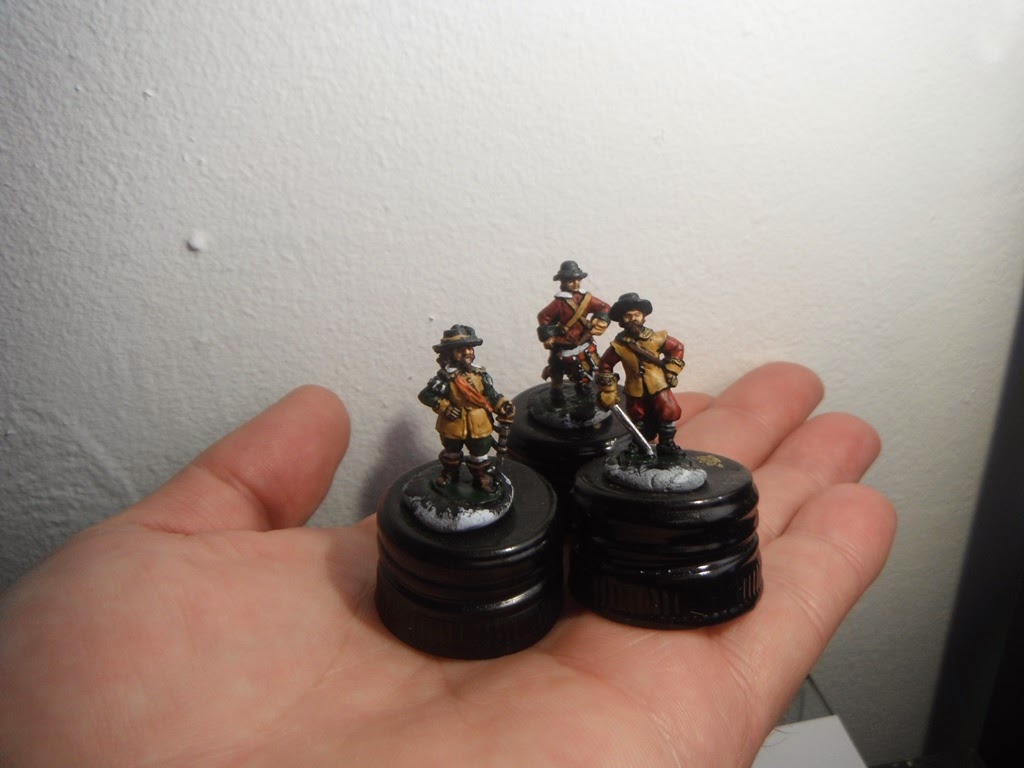 Next up are these 20mm plastic Crimean Generals for Mr. Kinch. I think they are by Strelets and are fine little sculpts. Once undercoated black you can see some real character. I'll enjoy painting these.
To follow are more Early Spanish infantry for Tony then back to Old John! 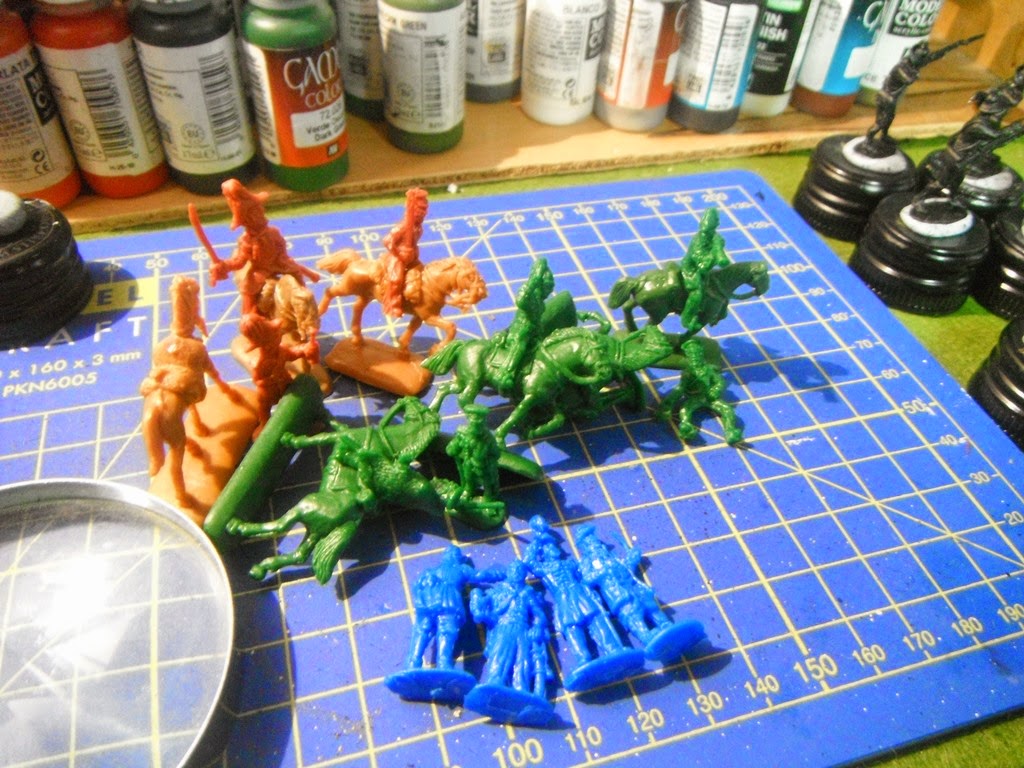 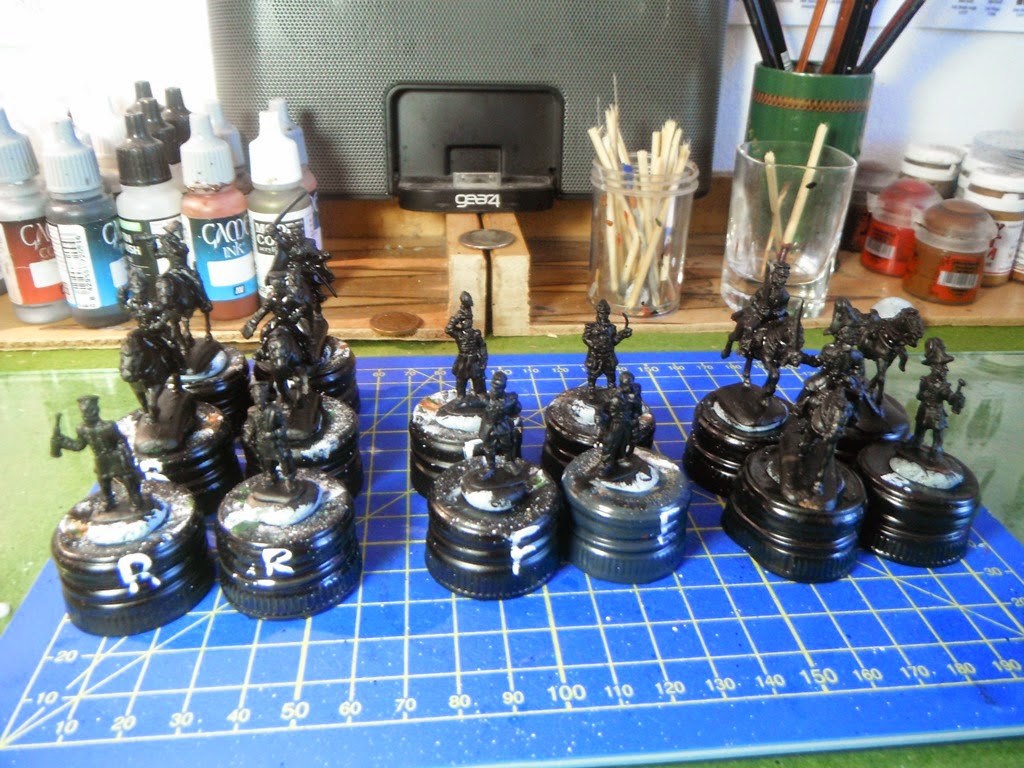 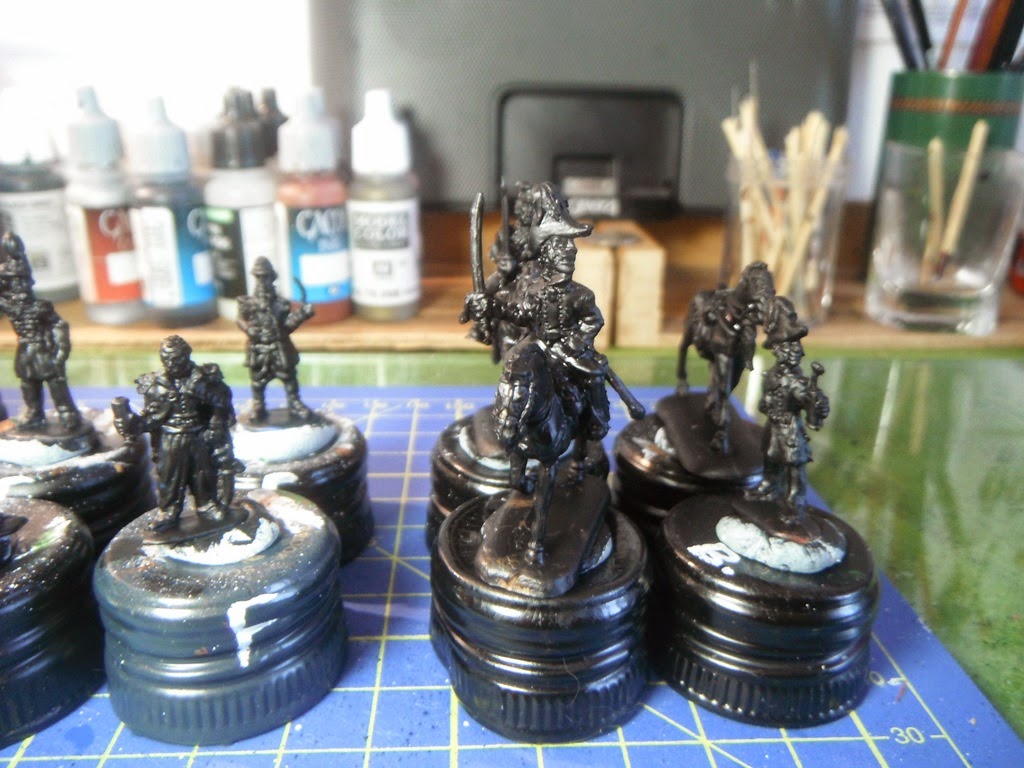 Now, as I always have to be doing something 'for myself' on the side (even though it will probably end up on ebay a few months on!), I decided to have another go at 6mm, just to see what I could still do with them. I ordered an AWI British Army pack from Baccus and  is the first weeks output is shown below, 2 line battalions, a Grenadier battalion and light infantry. A most enjoyable experience again. I'll just paint these as and when I feel like it, in between the other work. 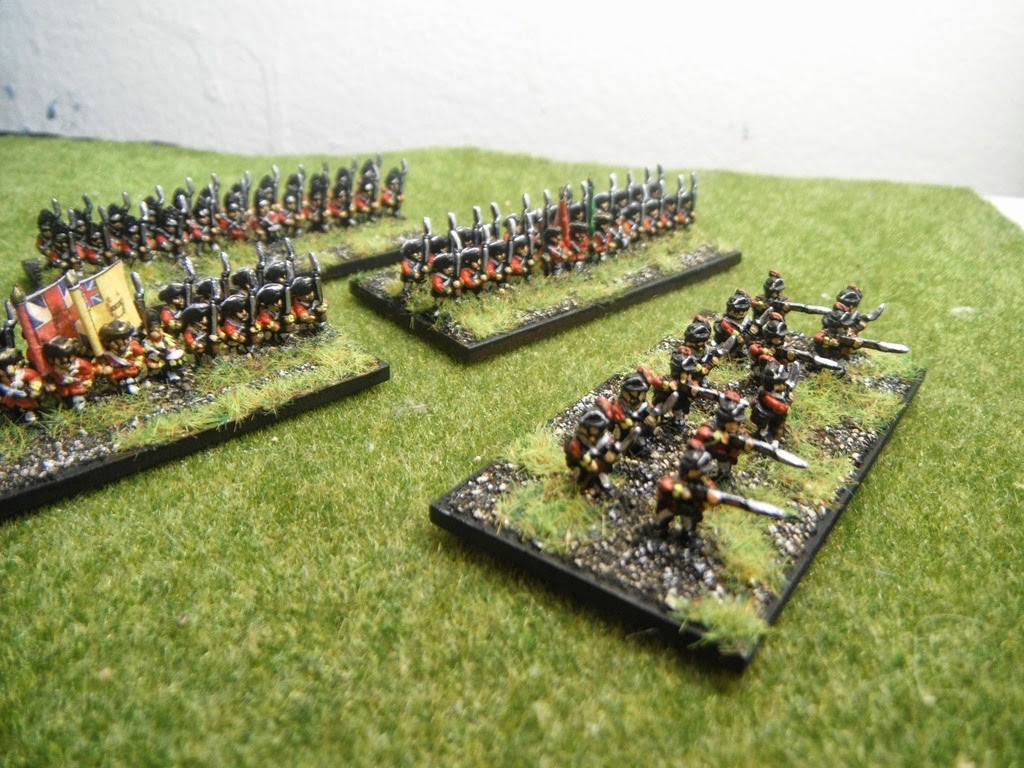 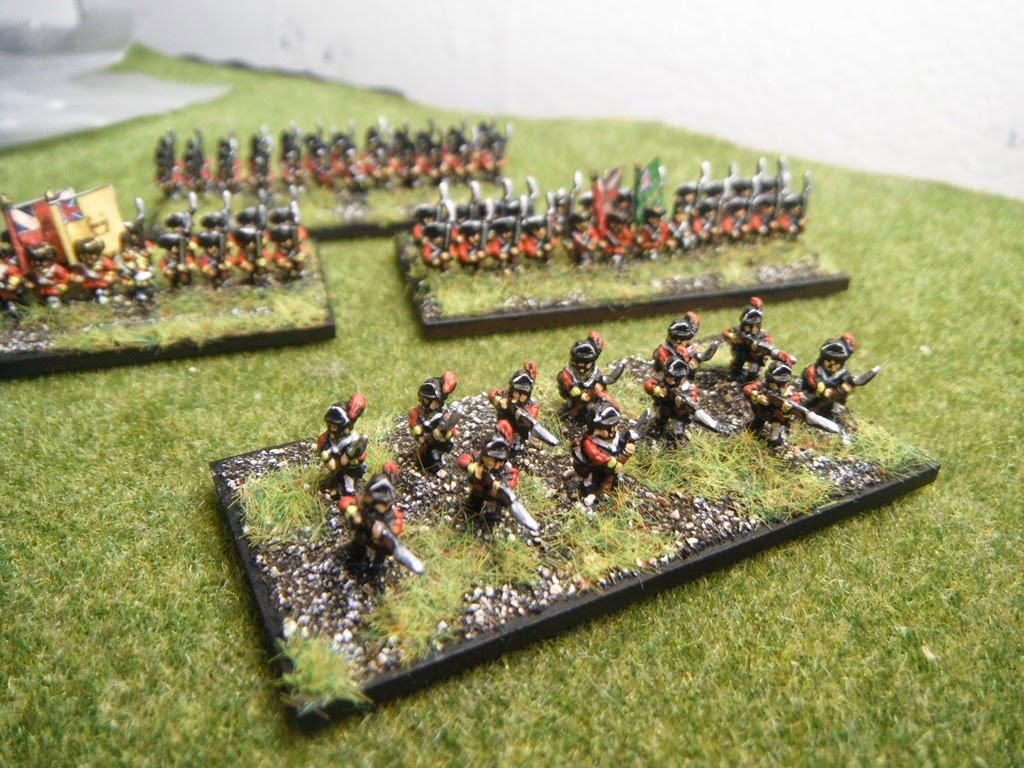 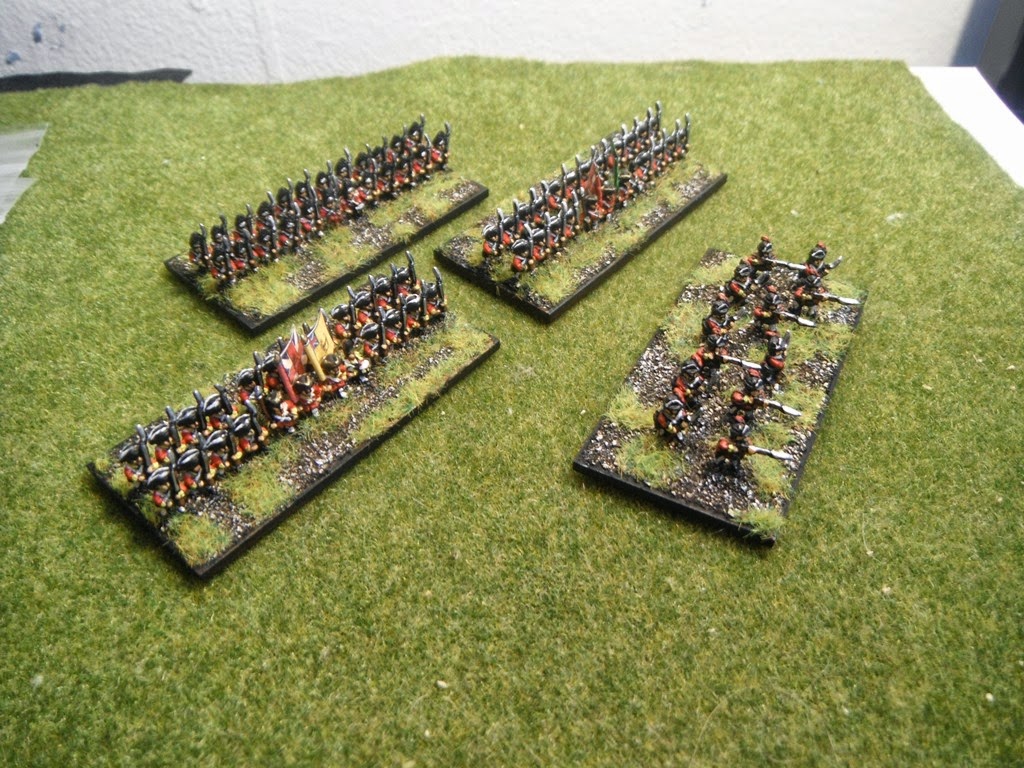 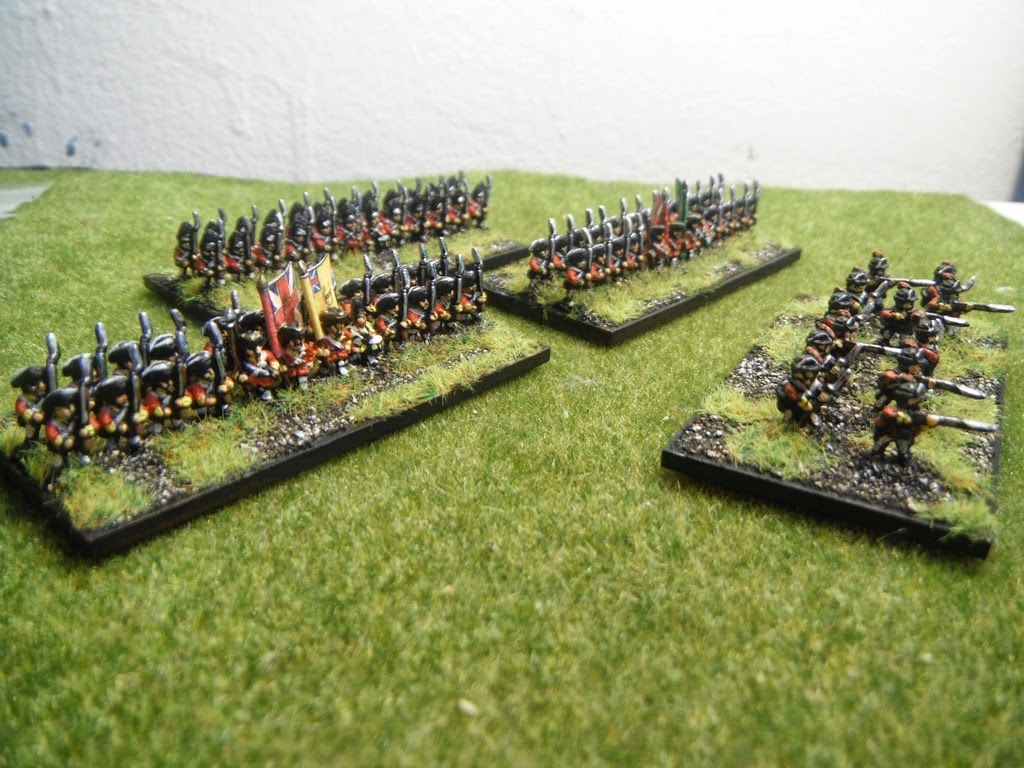