Some spare time this afternoon means I got to play through a few moves of my second test battle under the C&C rules. I will present these sessions as a series of simply annotated images, move by move. There may be a delay between posts as I will fit this in as and when I can. This is the OOB, please note, it is not intended to be a recreation of any battle at this stage, just a learning process.

French to move first, 5 victory banners for a win. If a hill is occupied by 3 friendly units with no enemy unit present a VB is awarded. If enemy units regain the hill the VB must be returned.
5 Command Cards per side.

Moves 1 to 3 in pictures. If I miss anything I'm sure my dedicated online C&C tutor 'Foy' will assist me by correcting me, I generally only need to be reminded of something once so his input so far has been extremely useful - thank you Sir :-) 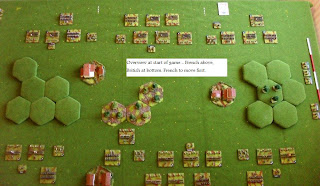 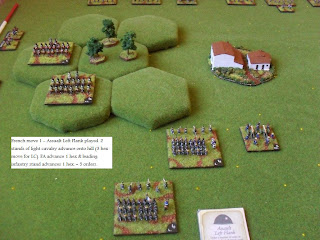 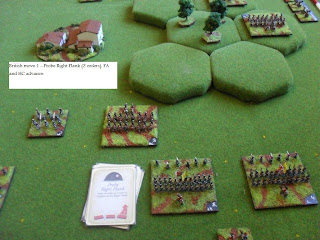 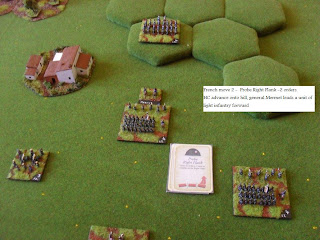 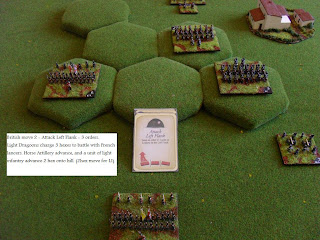 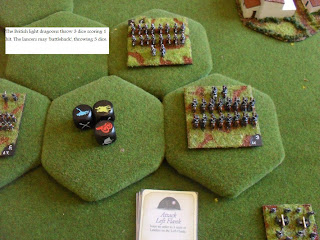 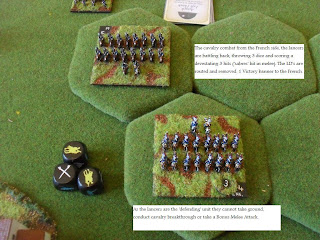 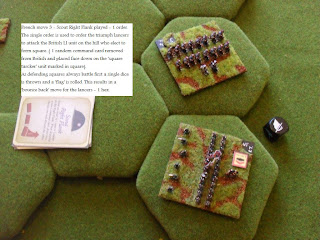 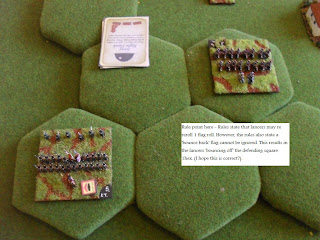 *Edit* - Lancers have no ability to ignore 'flag' rolls under the rules, but can re roll a 'flag' die roll when in melee combat throw except against cuirassiers. This makes sense, it gives an edge to lancers in melee combat as one would expect.