Here is the latest British cavalry unit off the painting desk - more heavy dragoons. As I'm in a cavalry painting mood I'll follow these with a base of Vistula lancers, just arrived from Baccus this morning and cracking little figures as usual.

After a week or so of thought and experimentation I have now made my decision about those hexes - I'm going to stick with them and complete this project. What I intend to do is to keep on painting until I have created every unit designated in the Command & Colours rulebook so that I can pay every one of the scenarios in due course as well as creating more of my own. To this end I also now intend to produce all of the scenery/terrain hexes required as supplied with the box game. I have made a start on some hex hills, and I actually rather like the way you can create different configurations with them. I cut wooden hexes, slightly rounded off the edges and covered them with a double layer of 'carpet grip' (the stuff that's supposed to stop rugs or mats sliding) then offcuts from my Citadel battlemat so they all match nicely. I'm also making some hexes to denote wooded areas, plus river/stream sections. As for the board itself, I'm going to make up a lightweight frame, pin down the mat and then neatly frame it with a raised wooden edge - this will be my dedicated C&C board.

I have been thinking ahead too. I was looking at the C&C Ancient version last night and I have always wanted to paint a Roman army. Years of being put off ancients by endless editions of WRG have stopped me, but the C&C rules system for ancients looks very inviting. And it just so happens that Baccus produce some fine figures suitable for the Rome v Carthage core version.

A quick retrospective.
Sitting by my table last night and looking at the large number of 6mm figures I have painted in such a short time reminded me how far I have come. It's taken me over 3 years to finally get back to having a full wargames set up again, abortive attempts include hundreds of 28mm Napoleonics, hundreds of 15mm AWI figures, plus numerous other trials in 10mm and even 40mm! I was on the verge of giving it all up and walking away from the hobby. For me 6mm scale is the future, and I can envisage producing armies for numerous periods in the longer term. I'm very glad I never gave up! 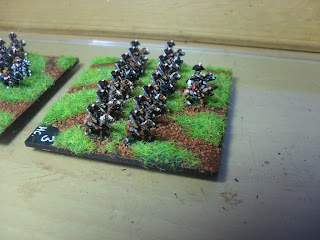 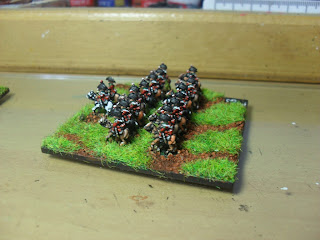 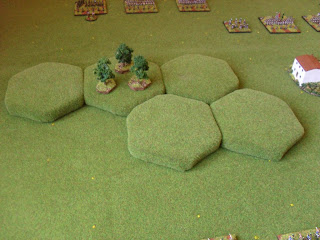 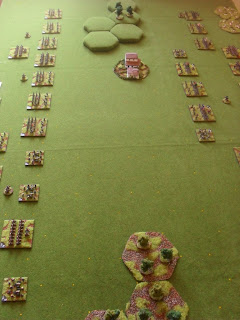 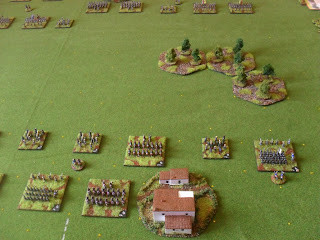 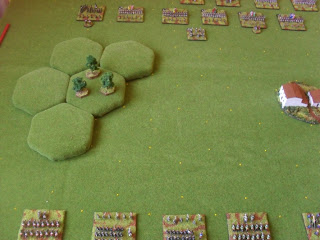 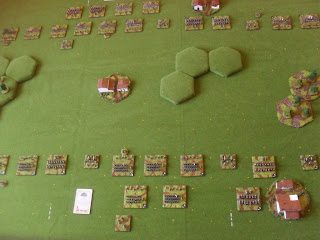