Firstly a correction. The British infantry unit in move 2 below (4th image from top,previous post), should have lost a further 'block' as its retreat to rear was blocked by friendly units. I moved it to the right and back but this was wrong. I have corrected this and it has now been marked down to just 2 blocks remaining  and replaced in position. Thanks to 'Foy' for clarification. 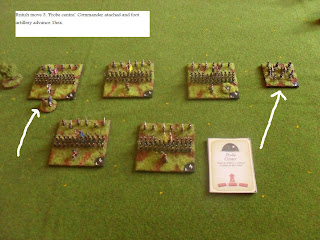 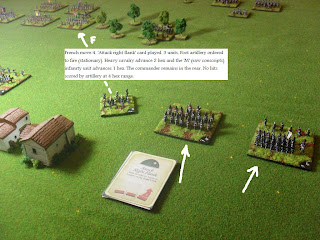 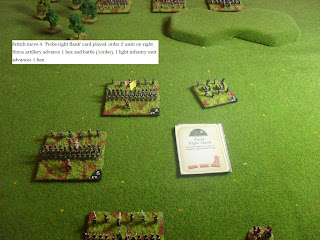 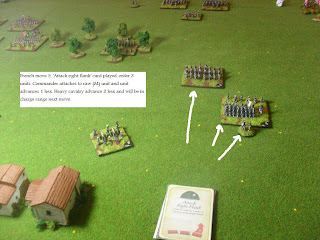 Artillery fire 1dice and again no hit scored.Range is 3 hexes. 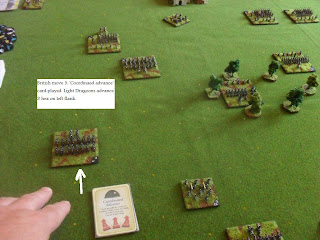 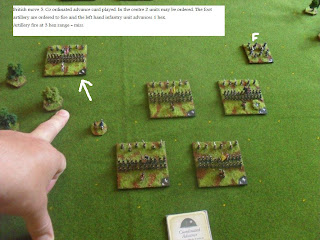 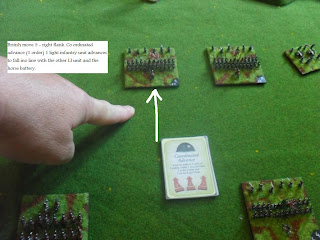 French move 6 ..... to follow. There will be more exchanges of musketry and some close combat next move or so. 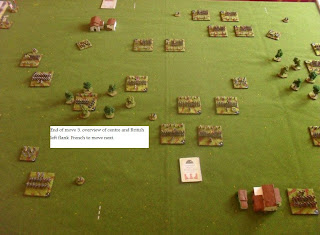