Two further moves played. French now have 3 Victory Banners & the British 2. Most of this action has focused on the centre. The French position in the centre is now poor having lost the elite grenadier battalion and with other line battalions falling back or routed. Two raw battalions held in reserve have been ordered forward. The British Guards, 2 strong battalions have attacked with some style and pushed through the French line. A spirited charge by French lancers overran a battery of horse artillery, and broke through threatening the British rear but they were counterattacked by Light Dragoons who restored the situation driving them back again. Picton almost came a cropper, but survived a leader casualty roll as did brave french General Loison, who was leading a battalion that routed, but he was able to escape to safety, retreating a whole 3 hexes where he remains to steady the two dodgy battalions reluctantly moving forwards!

So far the game has a great feel to it, the rules are flowing nicely. The French position on both flanks remains strong.

Once finished I will place these posts in order via a series of links to avoid having to read it 'backwards' so to speak! 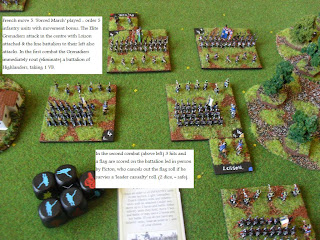 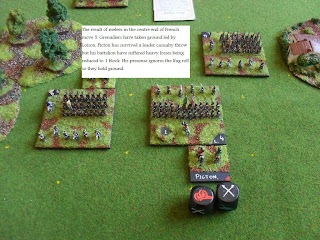 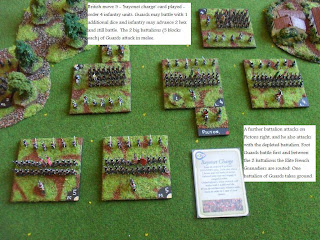 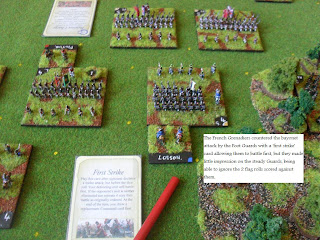 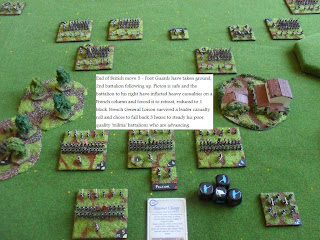 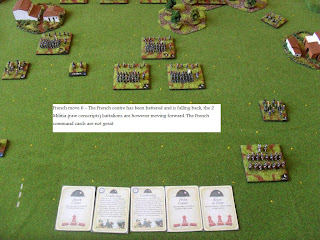 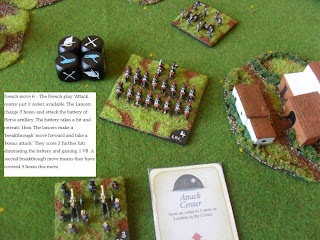 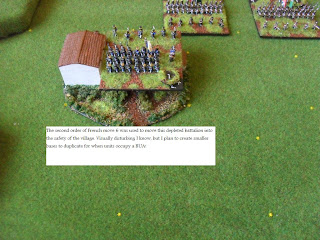 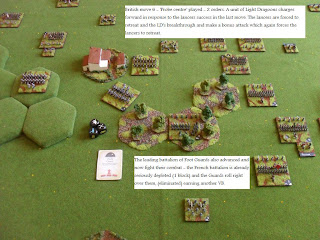 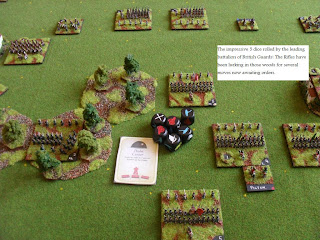 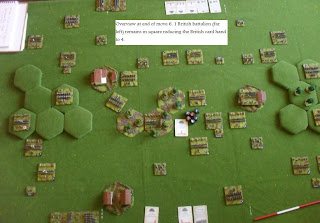