OK, I have a quiet few hours this afternoon so I'll get some play testing done. It will be slow going of course as I'm very much learning these rules at this stage and I want to write it up blow by blow for future reference. This means playing a move, reading rules, taking pics than coming back downstairs to download the images and write it up! I'm very quickly annotating the pics using 'paint' ( I'll have to update my image editing software I know!). Hopefully this should suffice though and by the end of the week I'll have a full battle written up. Next time I will take more care to prepare a proper scenario, but for now its as seen in the first pic. I'm mainly focusing on the rules at this stage as I hope you will understand.

5 command cards per side. 5 Victory banners for a win with a VB awarded for the capture of any village in the opponents half. Simples! French move first as below. 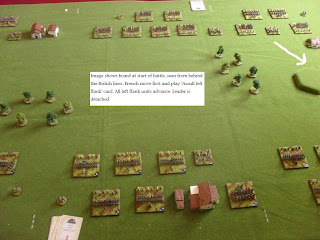 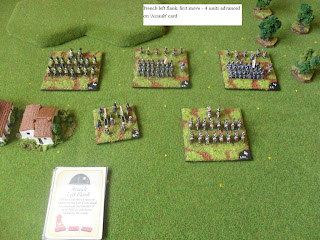 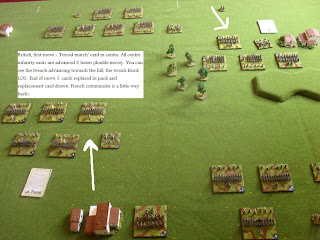 French second move 'Bombard card played'.1 Hit on target and 2 'flag' rolls cause them to fall back. 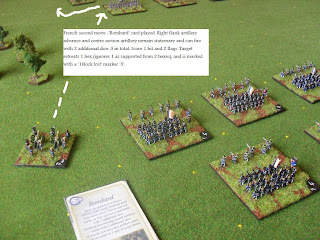 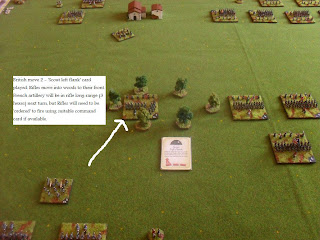 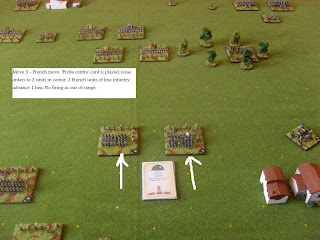 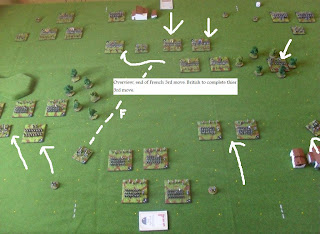 Finally, a couple of gratuitous figure shots from the board! Lovely Baccus 6mm of course. 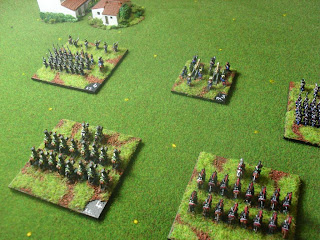 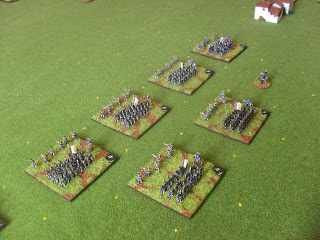 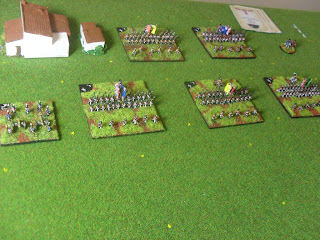