Completed a second base of Chasseur a cheval, this time from the 12th Regiment. Next up more British Dragoons. I also had another bash at some hills, still basically hex shaped but more rounded off...... I'm still not happy with them at all! I also made a couple of broken ground hexes, to break up the rather bare looking green mat, I thought I could treat these as sand quarries under CCN rules. I think basically I'm just experimenting at this stage as I plan my intended more detailed and landscaped boards (see below). I'm becoming more focused on what I hope to achieve.

So far.
Current totals are: 20 bases of infantry (31 figures), 7 bases of cavalry (18 figures) and 6 bases of artillery (2 guns and 8 crew) plus numerous command bases, it's really flying along now. What I continue to enjoy in this scale is how I can represent the many different types of troops so quickly, and in time massed cavalry formations will be possible, something that would be way beyond me in 28mm.


Planning ahead and a request.
I continue to think about and plan for my future terrain boards. By an amazing stroke of luck I recently came across an image of the first 6mm layout that really inspired me, way back in 1983/84. I have had this in my mind for a very long time, and I still think it represents for me what would be my ideal achievement in this scale. Seeing it again after all these years (30!) has proved a real motivation. It was made by Steve Dunn, and first appeared on the cover of one of the Wargame magazines, possibly 'Battle for Wargamers' or 'Wargames Illustrated'. If anyone can tell me which, or even better can scan the cover and article I'd love to read it again? Steve described it as representing the Normandy landscape. I love the way the fields were hedged and the irregular shapes. If done in sufficiently low relief my bases could be maneuvered across such a board and look quite realistic I think. Of course there remains the issue of hexes, but I'm working on it

This single picture represents my goal for this project, how I now make this work with my chosen rules of Command & Colors is going to be the challenge, it may well even take me back to the 'non hex/hex' approach discussed previously, further experiments using the DU stick now I have a firmer grasp of the rules would seem to indicate that it could be done. Stay tuned! 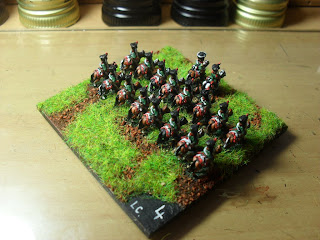 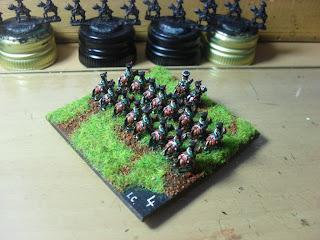 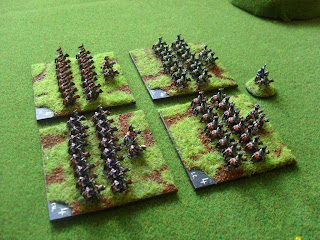 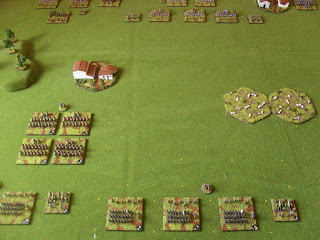 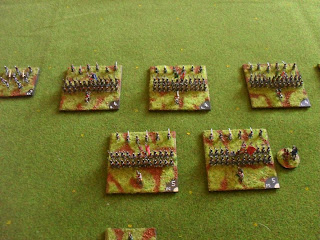