The French are now falling back with heavy losses in the centre and on the left. On the right they are gaining control of the hill, where a single British battalion remains in square and under repeated attack. The British are advancing in the centre where the leading battalion of Guards has penetrated as far as the two hapless 'Militia' battalions who stand quivering as the splendid Guards advance on them. The British also control the hill on their right flank, where they need only to advance one more unit onto it to gain the decisive final Victory Banner. 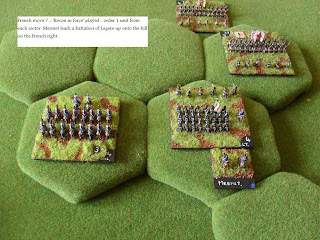 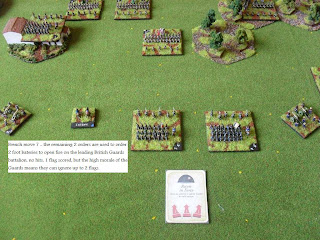 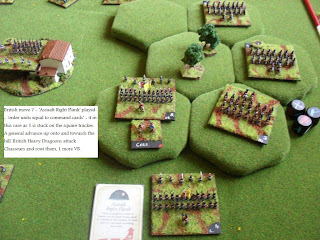 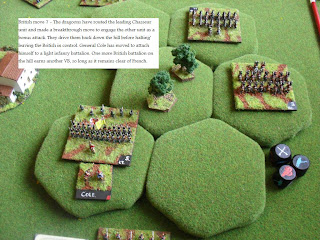 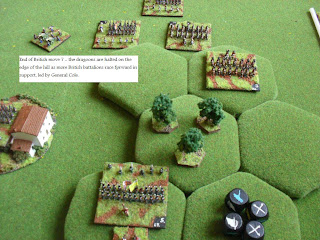 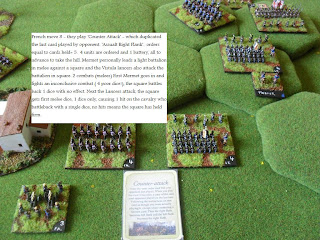 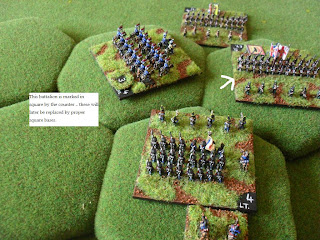 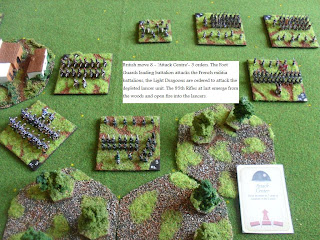 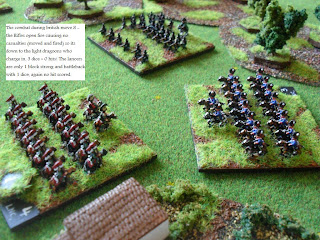 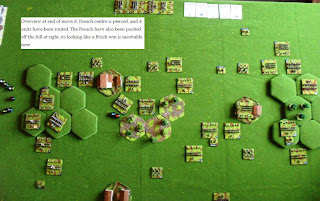