Some readers may recall that I made a slight cock up when I painted my first unit of French lancers! I had read that the two regiments who served in Spain had been removed from the Legion in 1811 and re designated as the 7th and 8th Chevauleger-lanciers of the French line, but I had not realised that they retained those distinctive uniforms. I will probably paint up a second such unit ( I find I can get 2 of my 18 figure cavalry bases from each Baccus bag with a few left over). The other lancer unit will however continue to serve on my table.

The 28mm figures are Victrix for a scale shot.

I have the first Portuguese battalion undercoated now, plan is for 2 line battalions (each with 6 skirmishing Cacadores), plus a full base of Cacadores, probably in a similar style to my previous 95th Rifles base. Then it's back to more French infantry bases.

River sections.
I have also started on some river sections, curves built on a hex and straight sections in single and double hex length. So far just the blue (which may well be muted down later) and a bit of gravel to edge them. Fair bit of work to do yet, I have enough cut to wind along the full 13 hex table width. 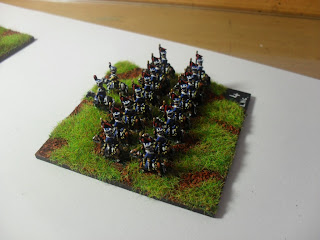 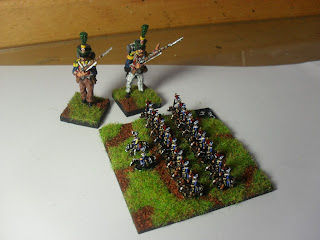 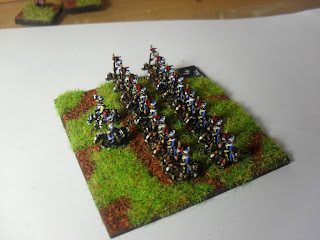 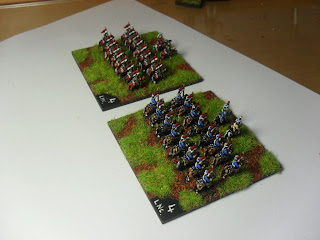 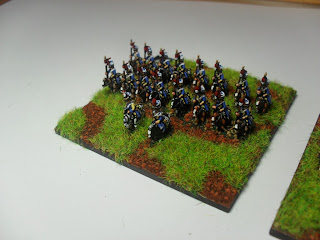 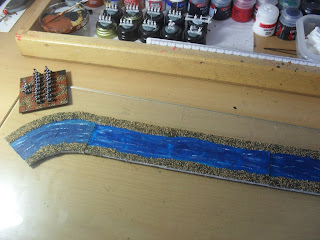