Have now completed French line battalion base number 4 and 2 British artillery bases. Considering that I only posted my first completed base 3 weeks ago I'm really pleased at my production rate so far. The infantry bases I now have a good feel for painting with an established order of colours which speeds things up. If anybody should like a step by step guide to painting and basing 6mm in this style I'll be happy to do it. I took a few photos of everything so far out on the table. I know that line bases look very much alike in this scale, but I want to record each base here as I complete it so there are a couple of close ups of French base number4! I actually enjoy the challenge of trying to get good quality shots in this scale, and while I'm not there yet, I think it's getting slightly better. I just couldn't resist doing a base of Old Guard Grenadiers as much as I tried, so that will be the next French base! To mark the veteran/elite status of this base there will be 2 x16 figure 'blocks' each with a command, so 32 Grenadiers, a mounted officer and 6 skirmishers in total. They are about half way painted and I'm giving them a bit of extra attention. Should be finished and based soon. I will number them as infantry base 20, the first of the planned Imperial Guard bases.

Local Napoleonic history.
Living on the Kent coast as I do, I walk my dog every day past 2 of the 3 Napoleonic 'Martello Towers' in our village. I often wonder what it must have been like here in 1805 as the redcoats kept watch from the roof for the expected French invasion. It's just 26 miles from France here and on a clear day you can just see the coast with the naked eye, the bay at low tide is a flat sandy beach, perfect for landing troops. Inside the preserved 'tower' is interesting to the student of Napoleonic history; even the musket racks remain, and on the roof is the heavy gun on a swivel carriage which could actually rotate 360 degrees. The cannon removed from the other tower stands outside the 18th century court house in the village, close by the local primary school so you often see children climbing on it, walking up the barrel and jumping off the end! I took a couple of pics of the 2 martellos this morning, they are only a short distance apart. The shot towards France was taken from in front of the tower with the cannon still mounted. Just a couple of miles away is Hythe, with the remains of the old Napoleonic School of Musketry buildings, I'll get some pics in the near future. There are many old cottages with Napoleonic connection, as the officers lived in those close by the ranges. About a mile inland, running behind our village is also the Royal Military Canal dug as a defensive system between 1805 and 1809, so we are quite literally surrounded by Napoleonic history down here on the Romney Marsh.

Polemos rules.
The more I read them the more I like them. They will be the first rules I run through to get a feel for how they will play. I managed to spill red wine on the cover of my pristine set which really annoyed me, I'm a clumsy old sod at times.

I'll post the guard grenadier base once its finished, then it's British line, British Light Dragoons followed by more French line.

EDIT* Research since posting reminds me that no old guard fought in the Peninsular!! What to do now with my grenadiers? Well, I read that the French did sometimes combine grenadier companies into Batallions d'elite, and that they were occassionally mistaken for the old guard by the British. This presumable means they still wore bearskins? Seems a little late to me, but I might just get away with it. 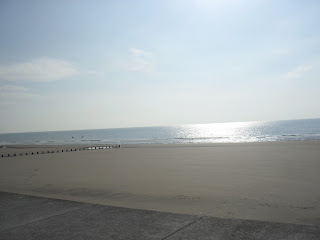 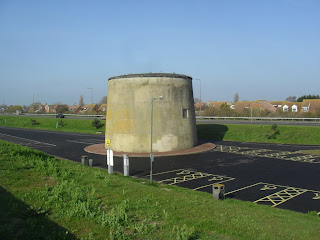 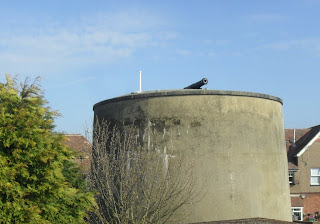 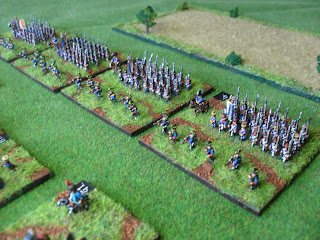 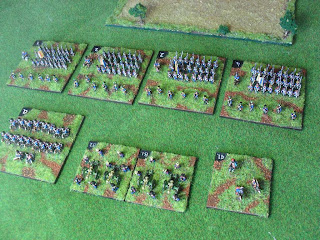 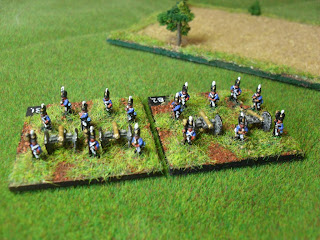 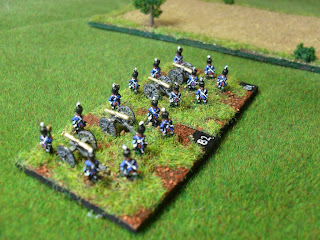 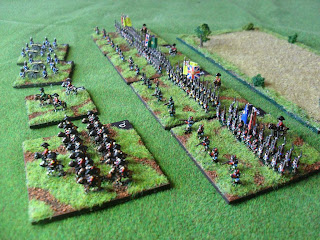 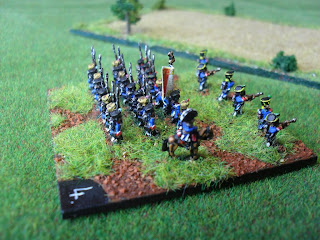