French Command base and artillery.

Went for 2 guns per base, 40 x 40mm. Will add teams in due course. These guns had separate wheels, sticking them on was fiddly but they went together as a perfect fit! I note the British guns are single piece castings... phew. I had painted 2 mounted artillery officers but the bases looked overcrowded so I left them off. Under Polemos 'General de Division' rules a base represents a battery of 6 to 8 guns and should be just a single model gun, but 2 looks so much better I think so I will stick with it.

I also finished off the 3 figure French command base, a Division command base. The hussar figure was a joy to paint. I now have just 1 more French infantry battalion to paint and some British foot artillery before I have a rules run through. I'm still waiting for my Timecast order to arrive, but I'm sure they are well worth waiting for, the Peninsular buildings range looks brilliant. Once I have them I'll paint enough for a village base and a small town base to match the rest of my terrain items.

I should point out that I do have a busy family life but when I get spare time I spend it painting figures as I'm not one for sitting in front of the TV all night! Even so I consider myself lucky to be able to spend the time I do on this project, which is after all a part of my recovery therapy. I keep opening up the Old Guard grenadiers bag, but I must be patient and focus on line units at this early stage! 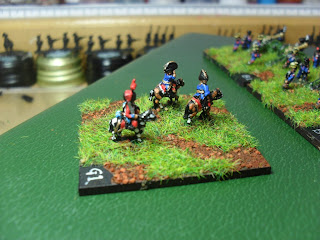 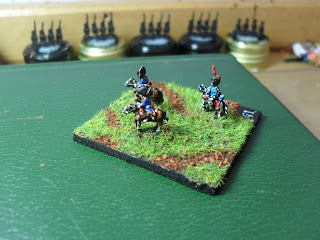 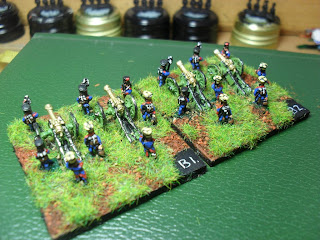 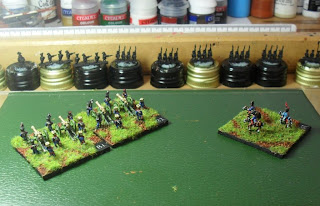 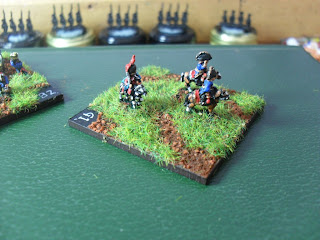