First French cavalry base, again 18 figures. Pink facings to give them a 'lift'. There's enough figures in each Baccus cavalry bag to produce 2 units with a few leftover. Next French cavalry unit will be a chassuer a cheval regiment.

4 infantry bases planned for the coming week, followed by the first artillery and a couple of command stands. Another advantage of 6mm is that I can produce artillery batteries with teams, way beyond my means in 28mm! Been thinking about the artillery bases and I hope to get 4 guns on the French bases, each with a 4 horse team behind it and 4 crew per gun, all on a 60 x 60 base. Maybe just 3 on the British bases to represent the 6 gun battery size.

Also been working on a couple of 'wood' bases as you can see, still a bit if finishing off to do yet. There will also be a couple of freestanding trees placed in the centre of each, which can be removed when its occupied by troops. Each base will take a 60x60 troop base inside it. Roads and fields will follow, then I plan to make 2 or 3 village/town bases using Time cast peninsular buildings, which are excellent little models. 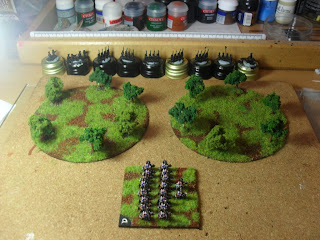 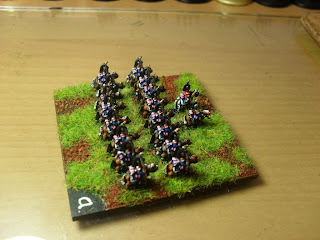 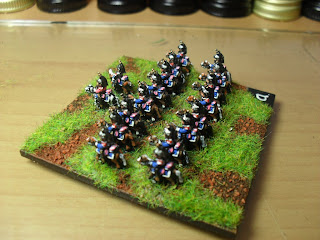 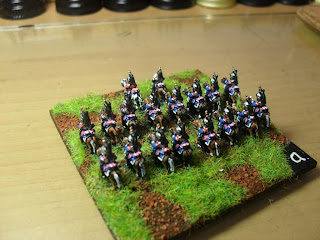 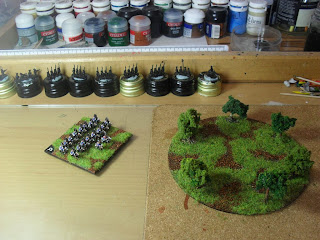 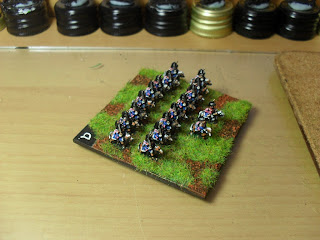