Highland battalion and command base.

OK, so life really is too short to paint tartan in 6mm!  I actually spent a bit of extra time on this Scottish battalion though and overall I'm very happy with them. The command base (Division command under Polemos as Brigade commanders are not represented on the table top) features the Picton figure resplendent in top hat. For some reason I painted him in a green coat, maybe because I recall that later at Waterloo he wore his civilian greatcoat in the field. Some sources say that he was actually dressed in his nightshirt under the coat that day, as he had got up late, but there seems to be little corroboration of this theory. As an impressionable 15 year old I recall seeing Pictons top hat in the National Army Museum at Chelsea, and being very moved by it as with other Waterloo recovered items, including Ponsonby's snuff box. I understand that the top hat may now be on display elsewhere? But for this project Waterloo is a few years off and Picton commands his 'fighting 3rd' in the Peninsular.

PVA glue was still a little wet on the static grass when I took these shots. Currently painting 4 French guns and crews, plus a French command base of 3 figures. After that its another French infantry base followed by some British artillery. 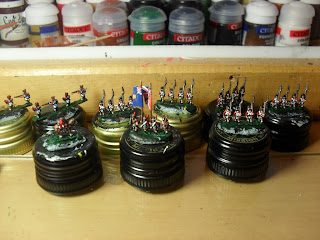 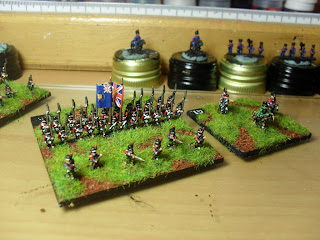 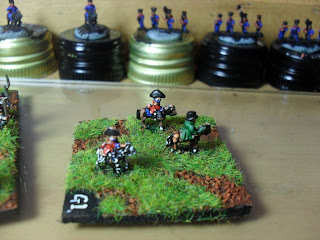 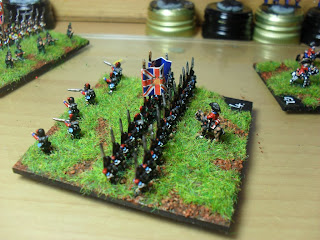 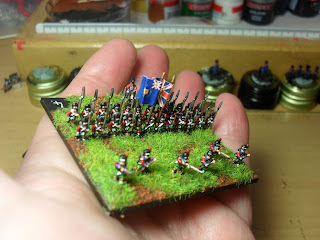 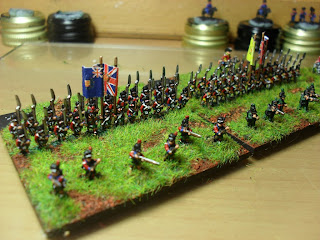