Painting has stopped for a few days as I spend time reading various rule sets and preparing for the 'Paintingshed' rules test game. As you can see I have marked up all my bases with class of unit, skirmish value and combat strength, plus any Impetus bonus for cavalry. Generals have been marked up according to rules too with activation ratings etc. I have not yet identified individual unit designations, this will come later with a sticker added to the bottom of each base.

In order to keep track of things without bookkeeping I have made up plenty of 'hit' markers and am now making up some simple 'Command point' markers. These will just be old half-penny coins (from the trusty old coin bag again), textured to match the bases, which can be stacked to indicate the number of CP's a CinC has per turn and how he distributes them to his generals, in this case Brigade Commanders. I hope to get first turns in by Thursday possibly. I have included a somewhat blurry overhead shot of the table set up for the game. The 'stream' will be fordable along its length, taking 1 turn to cross. More to follow.

One of the major developments for me during the last few days has been an introduction thanks to 'Foy' to the 'Command & Colours, Napoleonics' game system. We have been chatting via email and the more I read and understand how they work, the more impressed I am by them. I have the rules pdf and while they are of course a boardgame set, they seem to offer a really well though out and accurate game. I am giving them some serious thought. They do require a hex board of course, but this is something I would be prepared to try. The rules are just packed with great ideas and have a very focused Napoleonic feel and could easily be workable with my basing. I will post a more detailed account of my thoughts on this set of rules shortly, but meantime would like to say thank you to Tony for introducing me to them. I must give 'paintingshed' a run first to see how they play, but I have a very strong feeling that CCN could well be the future ruleset for me. 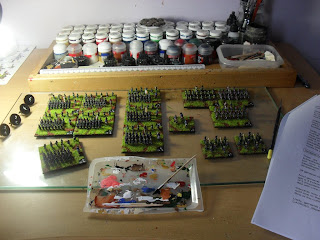 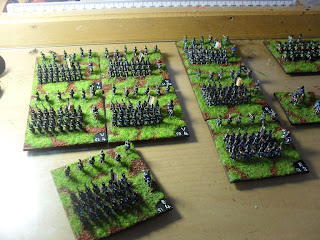 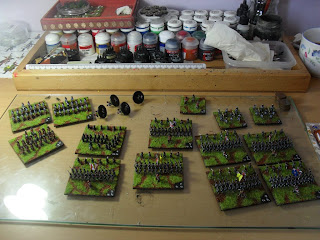 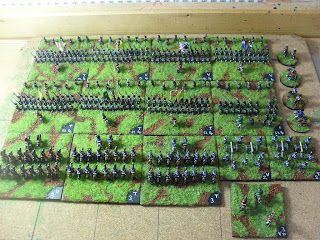 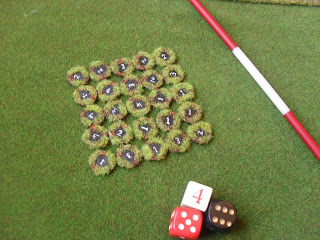 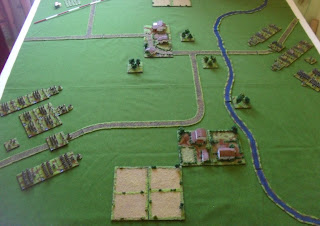