Not again!
Another example of my poor research! I had read that the Vistula lancers had been re-designated as 7th Chevauleger-lanciers Regiment and 8th Chevauleger-lanciers Regiment of the French line and served in Spain, but failed to realise that they continued to wear the chapzka, blast! Oh well, my lancers look pretty I think and I'm sure this will eventually evolve into 1813 in the long run as the temptation to paint other Nations increases, so I'll have to live with it for a while. I really like the look of the pennons in this small scale.

First game plans.
Finally, a decision. My first game will now be using the 'Paintingshed Napoleonic rules'. These were written for 6mm games using the same base sizes that I do. I hope to play it next week and will post a full report. Meantime I'm making up markers for the game and also changing the info on the rear of the bases. As you can see on the lancer base the 'T' represents the class of the unit ie Trained. The 'I+' indicates that this unit receives an 'impetus bonus' in combat (normally cuirassiers but also lancers), and the '3' is the 'strength' of the unit ,3 is average for cavalry.

Infantry bases will now be marked up the same with 'class' 'skirmish value' 0 to 3, and 'strength' usually 4 but may be adjusted up or down as required. This represents the maximum number of 'hits' that a unit can carry at any one time. The one other requirement is to mark units as either 'massed' or 'linear' but this is represented by the formation of the figures on the base in my case. So just to recap, there are 5 main distinctions under these rules as follows:


All of the above can be represented on the small space at rear of my bases.

Generals.
These are given an 'activation rating' according to quality, between 2 and 6. They may also be given a 'Valour bonus' which allows them to add 1 to the combat result of any unit he is base to base contact with, but also places him at risk. Finally, each is given a 'Personality rating' of 'Agressive' or 'Cautious' if required. Again I can represent these on the rear of my bases.

Markers.
Once again I delved into my handy old bag of coins for suitable small markers. I found around 40 old Dutch coins, the smallest in the bag and half the size of a UK 1p coin, which seem good for 6mm markers and will fit on the rear of my bases. I knocked up a couple of testers as you can see. I will now make them all up into numbered 'hit' markers and 'demoralised' markers. A little bit of basing material makes them a good match. So no book keeping will be required.

Measuring stick.
Finally, as the rules use a standard 'distance unit' (DU) for movement, ranges etc, (in this case 60mm), I made up a rather fetching red and white stick marked off in 60mm sections. I love old school wargames 'gadgets' and I'm sure I will also be employing it as a pointer during my games!

I may outline a few more key points of the rules before the game. I may also test other sets depending on how this goes. The link to the rules is HERE.

Currently painting more British infantry. I'll leave you with more pics of the above, and a lovely shot of the '3Terrors' cuddled up together and getting bigger by the day!

Big thanks to Steve of the 'Paintingshed blog' for so much inspiration, his 6mm Waterloo project bases are still the best painted 6mm figures I have seen. Look HERE, it's hard to believe these are 6mm figures is it not? 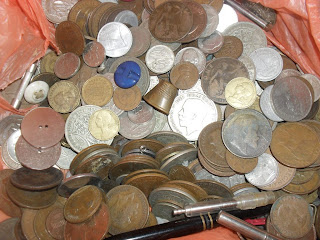 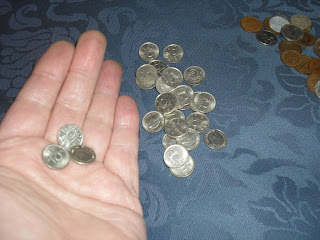 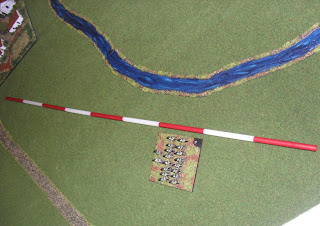 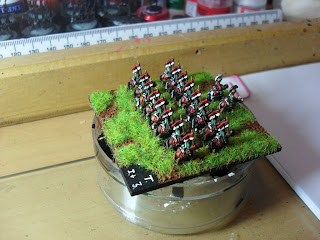 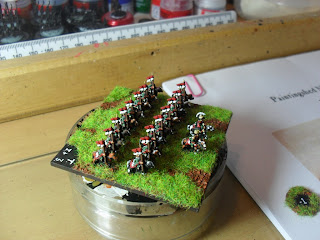 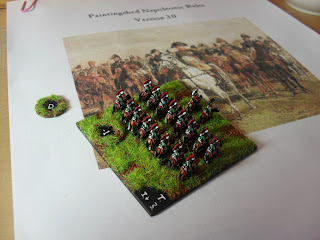 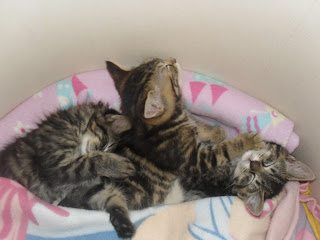