Like most Napoleonic wargamers I just HAD to paint a battalion of rifles! But I wanted to base them differently to the line battalions. After a lot of shuffling around on the 60 x 60mm base I went with that as shown in the pics below. I'm kind of happy with the effect as I hope it shows them breaking down into companies (well sort of). An officer leads a company or two off to the right flank, covered by a skirmish screen, while the rest of the battalion is formed up in line. A bugler sounds the orders to advance.

The Timecast order has arrived and I have to say they are brilliant little castings. I'd not expected such detail in 6mm scale, they are really impressive. I could not resist getting a bit of paint on a few, the house at left is almost finished, just need to add in some 'wood' brown to doors and window frames etc.

I'm almost ready now for a test game, once I have a few of the buildings finished. I'm just waiting for some more scenics/basing materials to arrive now and then I can crack on with work on terrain. I need to edge more of my road sections and highlight them, make a couple of hills and make some stream sections using the same flexible plastic I used for the roads. I have another battalion of Highlanders on the painting bench to be followed by more French infantry. I need to order some Portuguese infantry next and British Hussars and French lancers from Bacccus next week, although I still have hundreds of castings here still to paint. I'm amazed that my total of figures painted has already reached almost 500! 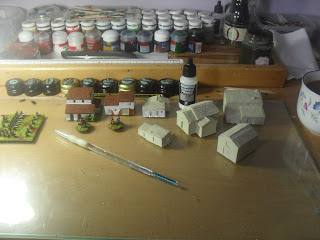 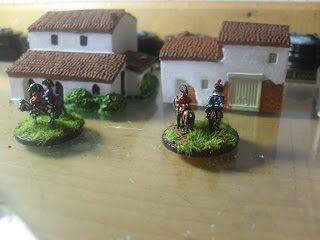 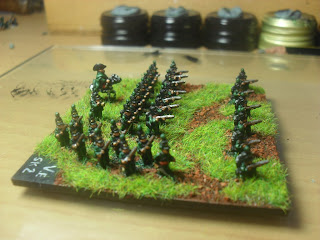 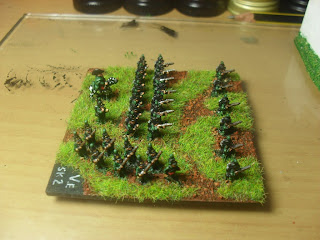 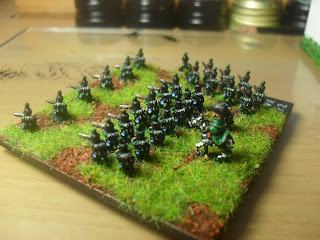 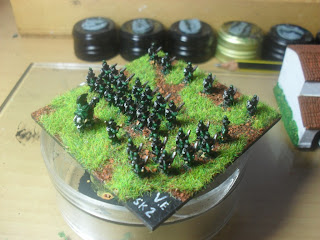