Another weeks output, and now for a battle.

Not a bad weeks painting output, 2 cavalry bases (36), an infantry base (31) plus 6 command figures. That's what I'm enjoying about this scale, it's so quick to build up forces and yet I get every bit as much satisfaction as I do from painting 28mm. Of course I took pics of the Light Dragoon unit, my second regiment, and the latest British battalion. The command bases are 2 figure General de Brigade and Brigadier General bases. I now have enough figures to field 2 balanced forces as follows:

This will be sufficient for my first battle I think so this week I will focus on a basic scenario and the first run through of the 'paintingshed' rules. I hope to start playing it on Thursday if all goes to plan. The table remains set up in the 'Wargame room' (as even my wife is now referring to it!), although I still need to decorate it, which will be done shortly now I'm finally ready to use it.

I have been giving the scenario some thought. I'm thinking that I would like to give my units some identity of course, but as they dont currently fit any particular historical Brigade/Division structure I plan to give the various generals and brigadiers fictitious names, as per old school style! This will help me to identify with my commanders I think. I have a few suitable French and British names in mind. I apologise to any purists of course, but for me this has to about having fun whilst at the same time trying to achieve a reasonable historical recreation of Napoleonic battle. The scenario should follow by mid week. I need to relabel some units in the style of the British battlion below. The unit is 'veteran', has a combat strength of '4' and a skrimish value of 'S1'.

Few more images then, you can see the conditions under which I now have to work, I was taking pics of the command bases this morning when 'Gibbo' decided to jump up and start pawing them about! I also have to endure painting with 'Kitty' perched upon my shoulder Parrot style as she likes to do, whilst 'kenco' grapples with my foot! A steady hand is required.

Incidentally, while I was researching my Light Dragoons I came across this incredible site featuring the 1/6th scale figures of Tony Barton. You may well already know of it, but I was totally staggered by these amazing figures. Scroll down for the Dragoon, but every single image is just stunning. All of the uniforms are hand made, the horses scratch built and are true works of art. I just had to share this link, I'd love to know what you think?  LINK> 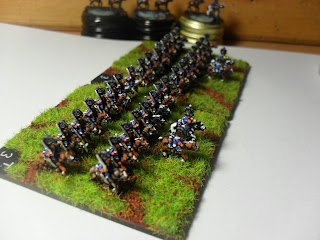 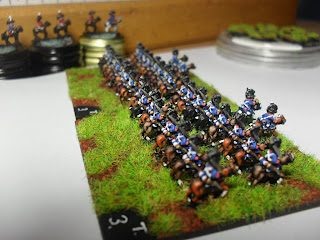 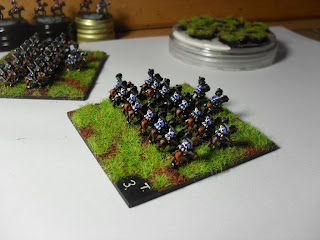 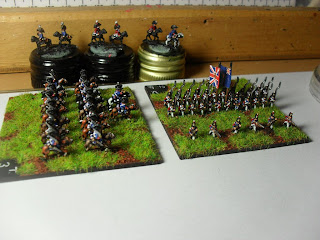 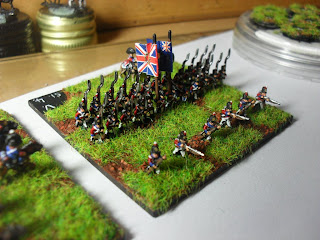 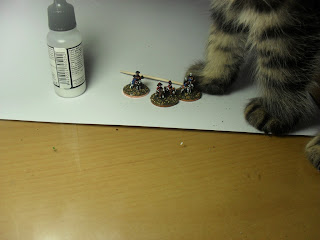 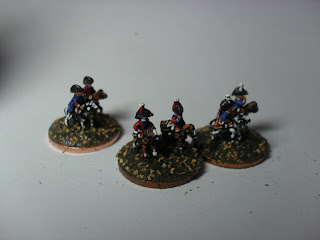