As I'm now all painted out on the Bolt Action front I have turned my attention to working on terrain times before I get the table back up for another game. The grass mat had been bothering me for some time as the plastic bases and tank tracks etc keep snagging on the material when trying to move them so it had to go. I decided to go with plain green but adding texture in the form of fine Chinchilla bathing sand to create a more realistic look without overdoing it in order that I can still lay out my road and river sections etc, once I had achieved the texture I wanted I threw a mix of flock and Noch leaf over it and allowed to dry. The result you can see below, I'm happy with it, and as a bonus I also get that satisfying dice roll sound when rolling on it!

I have also done a bit of work on my MDF buildings, getting the first three quickly painted up before adding a few extra details such as wall posters and ivy growing up the sides ( a quick stroke of PVA followed by Noch leaf is ideal for this). As I still have another five assembled but unpainted I did not want to spend too much time on them, but visually they look better to me now.

I hope to lay out a simple rural setting for another solo game before I offer it out to opponents, my river sections have not been of the box since they arrived so I'll get them on the table for this game. Bolt Action does not work well as a solo game for obvious reasons, and while the dice activation system was the thing that got me into it, playing both sides is a little awkward as I always know what my 'opponent' has in mind for his next activation. Also, while small games with 8 to 10 dice per side in the bag is just about workable solo, larger games of say 12 or more dice in the bag per side can get bogged down and the turns take ages to get through, especially where you have tows and transports which all get an order dice in the bag in addition to the troops they might me carrying. So I'm going to play the infantry based core game solo, perhaps with howitzers and a single armour choice per side.

On the subject of BA rules in general, I keep a regular eye on the latest posts in the 'Rules Questions' section of the Warlord BA forum. One thing that has come up is the fact that a German half track for example must be carrying troops in order to fire it's MG, once dismounted it can't be fired by it's crew members, which seems to me a bit off to me and others judging from the thread. I have been using it to support the dismounted infantry as surely it would have been, and this makes more sense to me than the suggestion of 'sticking a cheap team in there, such a medic to fire the MG's'. There are some odd rules in BA, most have developed out of the core rule book, and been superseded by Special Rules and the Q&A Errata, which leads to confusion and is the kind of thing that puts me off a set of rules. Another one that troubles me is LoS through/into woods, apparently woods do not block LoS which to me is patently ridiculous, I'm still following that one to see how it resolves, but that must be wrong surely! Still it's a lively forum and I have learned a lot from it so far, especially around shooting into buildings and the use of High Explosive shots to hit troops inside them so this test game will include these features, and I think I now have my head around the rules relating to fighting inside buildings and assaults up and down between floors so I'll give it a go.

Finally for now, the Sturmovik has made it's test flight up on the flight stand and completes my Soviet force. 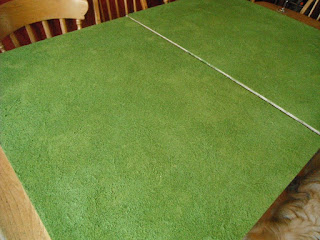 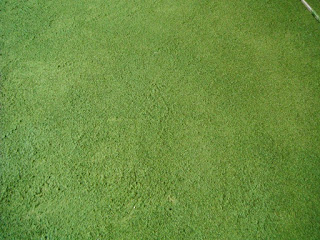 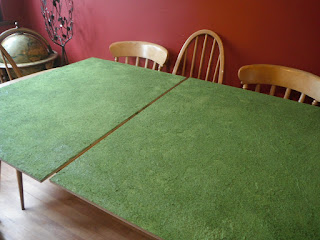 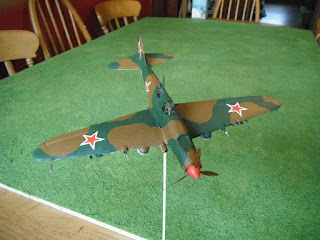 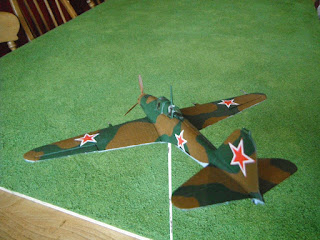 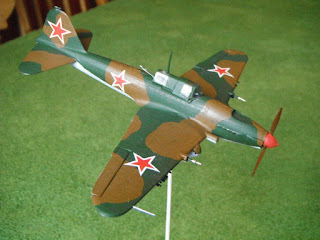 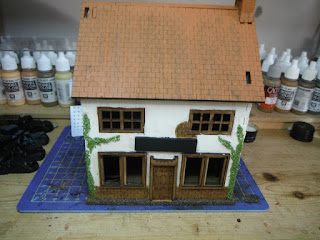 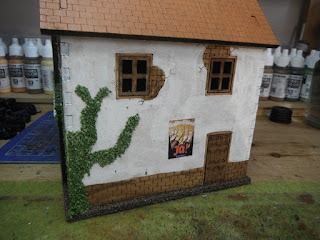 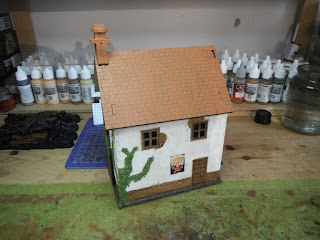 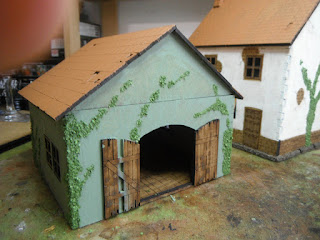 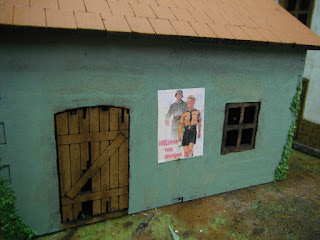 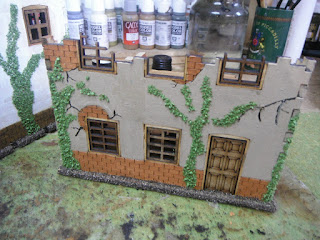 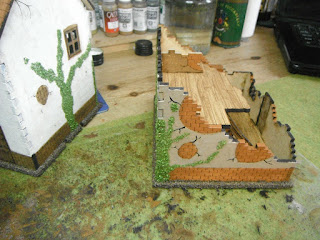 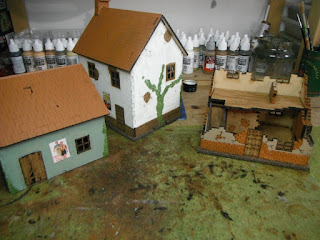