Looking back, and looking ahead!

I managed to dig up a few shots of the old 'Essex Miniatures' project using 15mm figures to replace the wooden blocks in the C&C Napoleonics series. Back then (2013) I started with Russians v French and looking back it produced a rather pleasing game when played on the C&C board. This time I'm starting with the base game which focused on the Peninsular War primarily, and has endless scenarios based on real battles that can be set up in a small space and played in under a couple of hours to a conclusion. As it's card driven and the command hand is constantly changing it works well for solo play too. I have the full set of expansions - Spanish, Russian, Austrian and Prussian - there is loads of mileage in this project. I don't yet have the final expansion.

Looking back for inspiration - 15mm Essex miniatures on the C&C board - 2013. 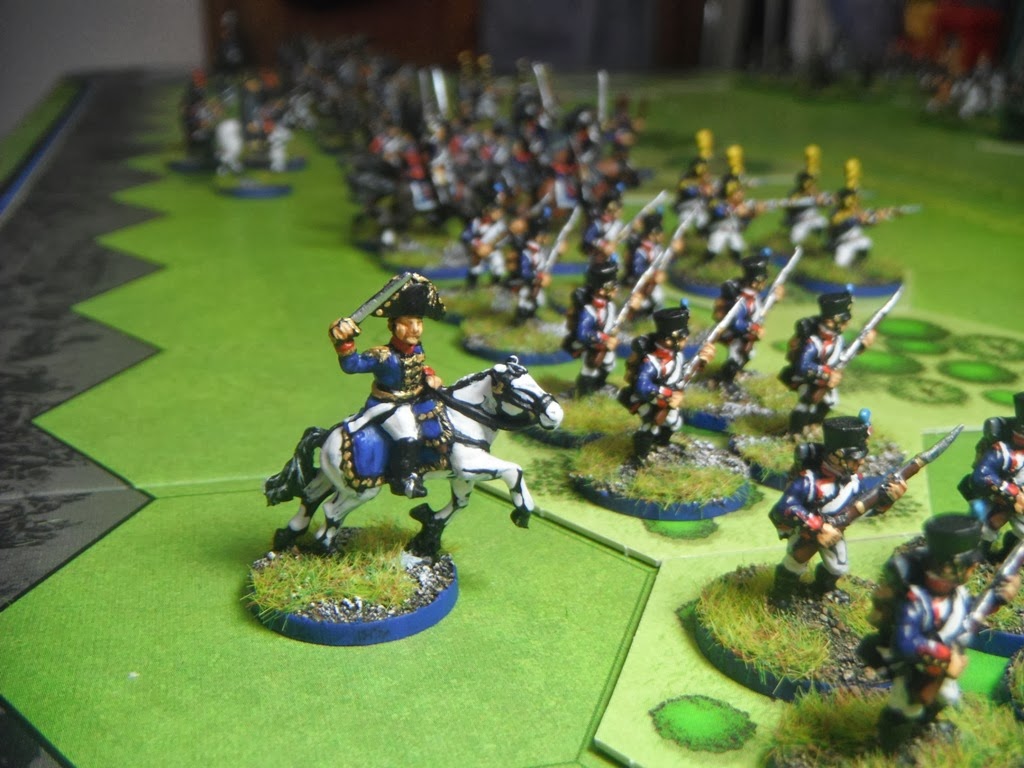 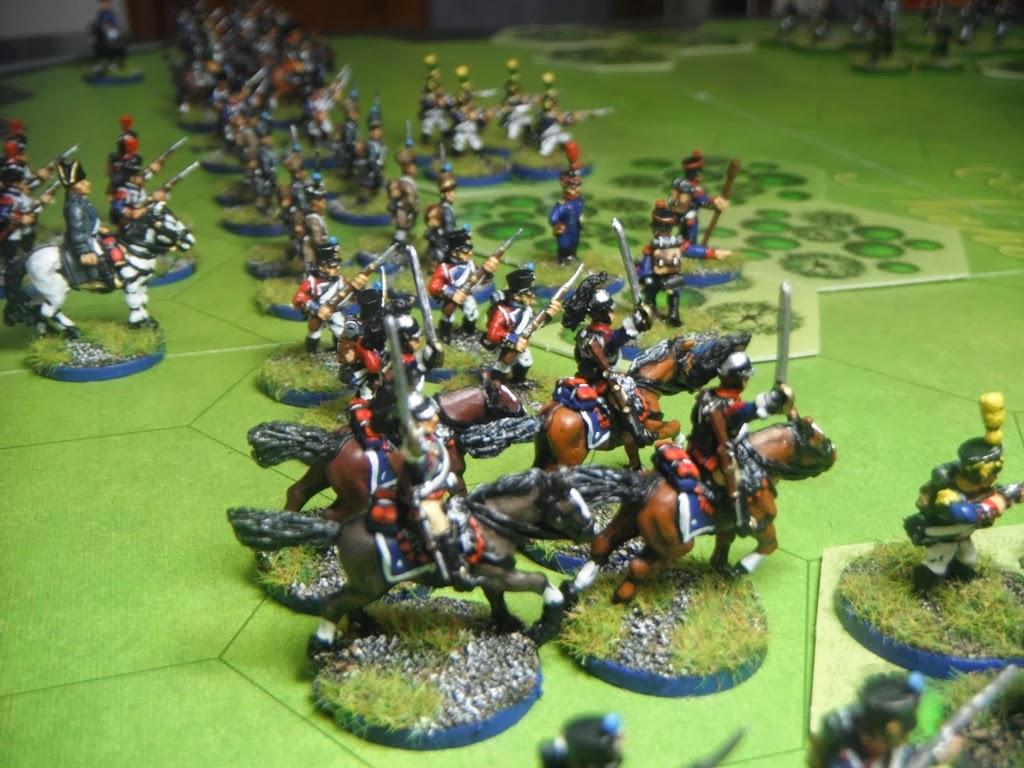 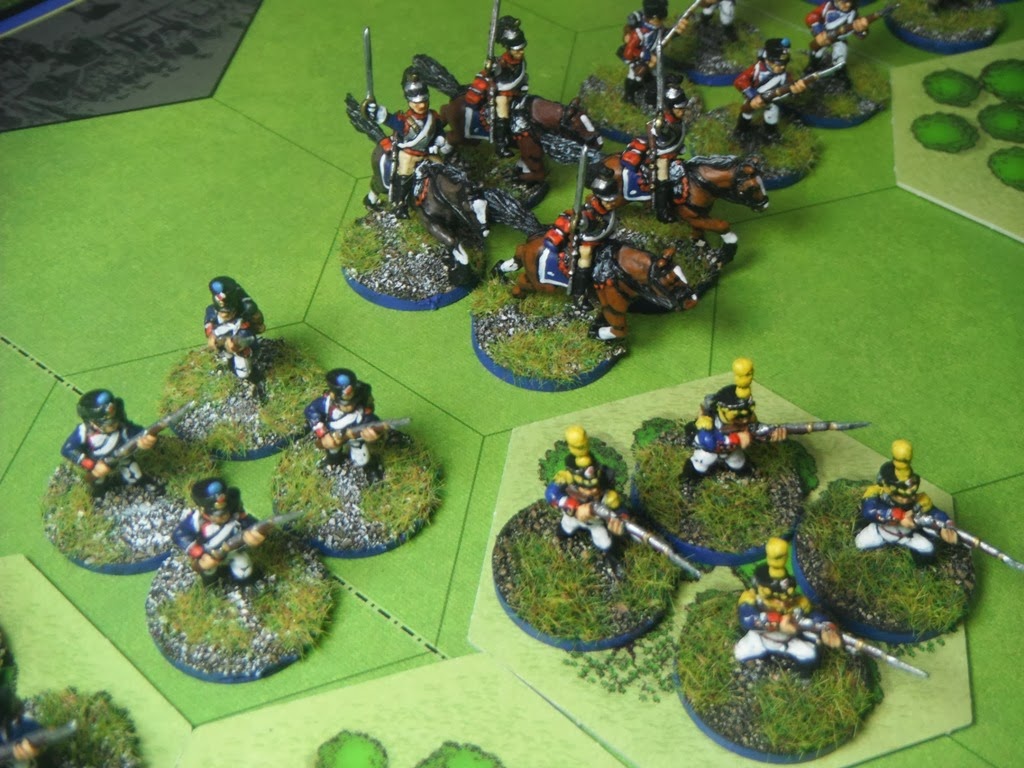 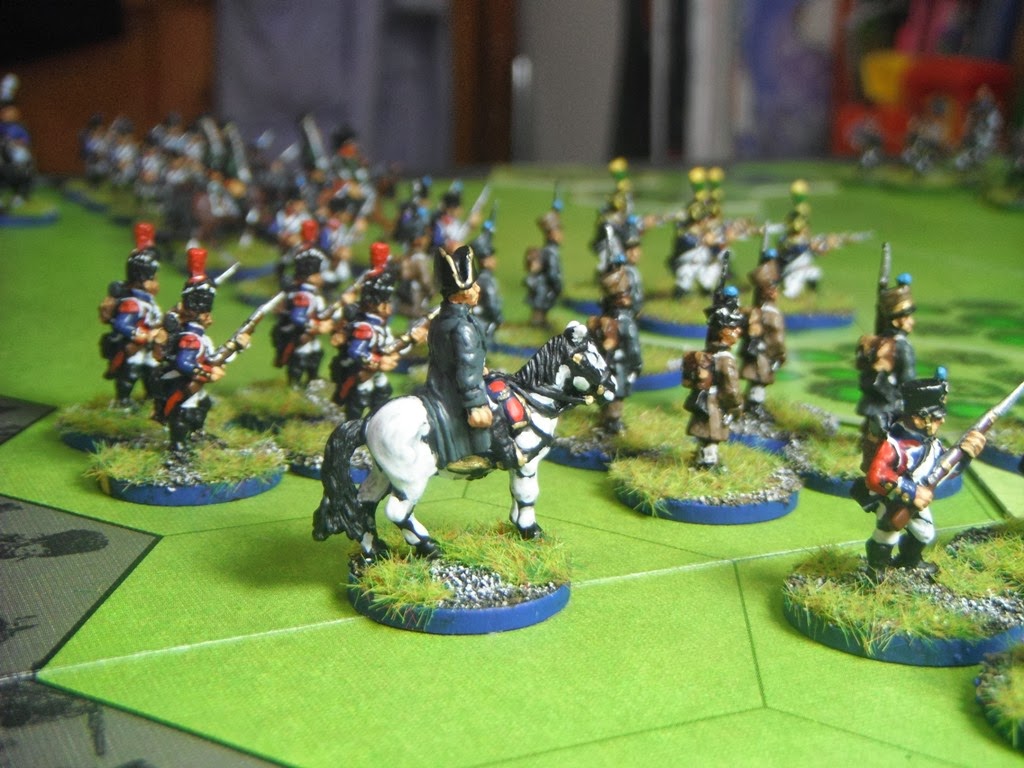 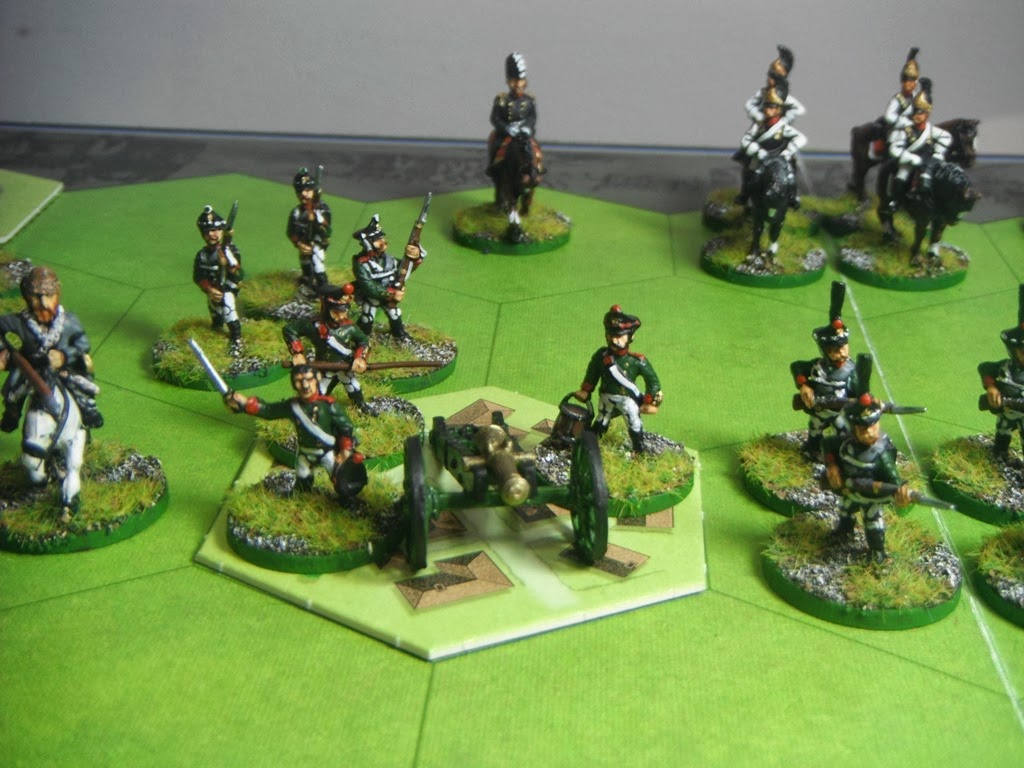 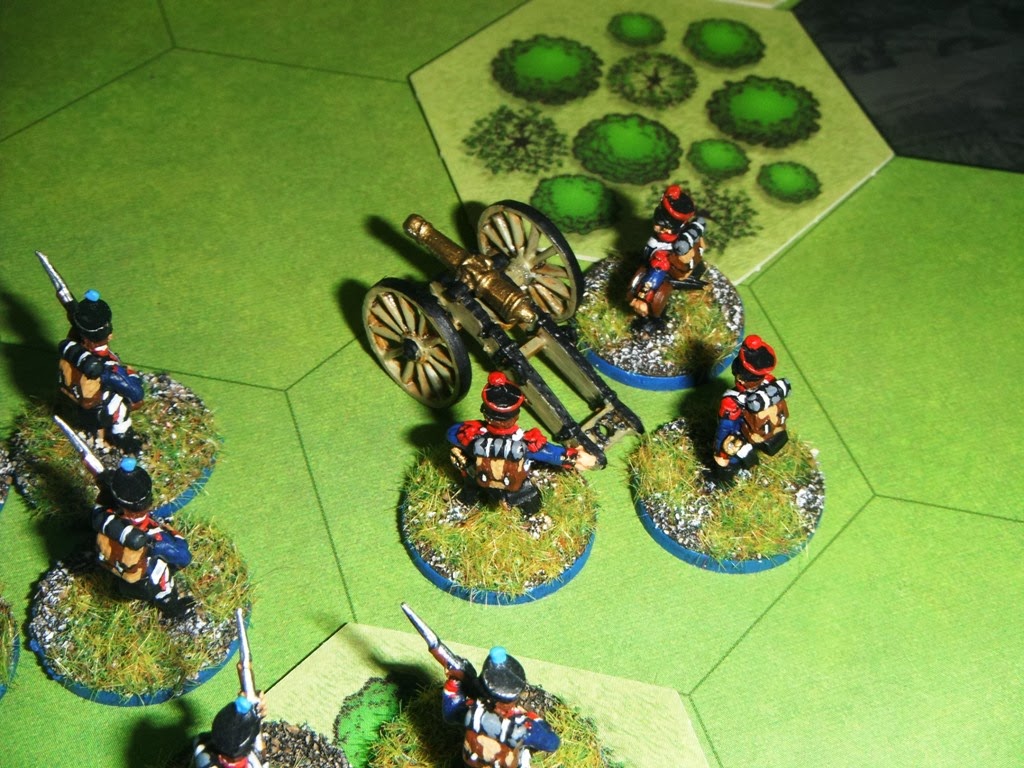 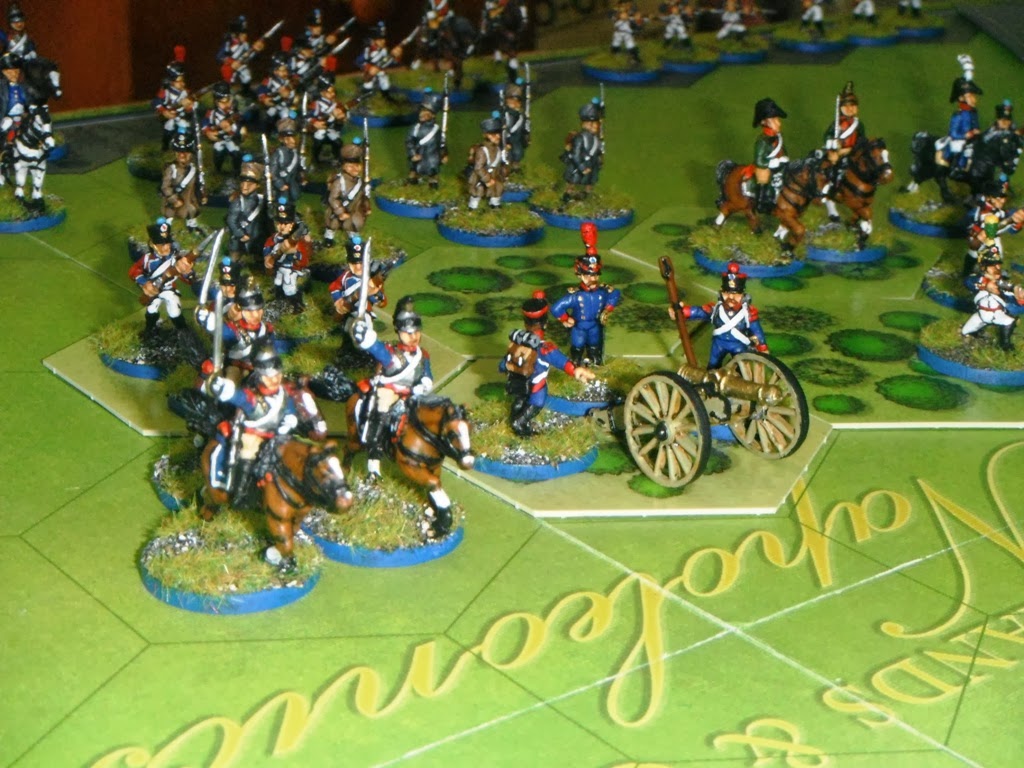 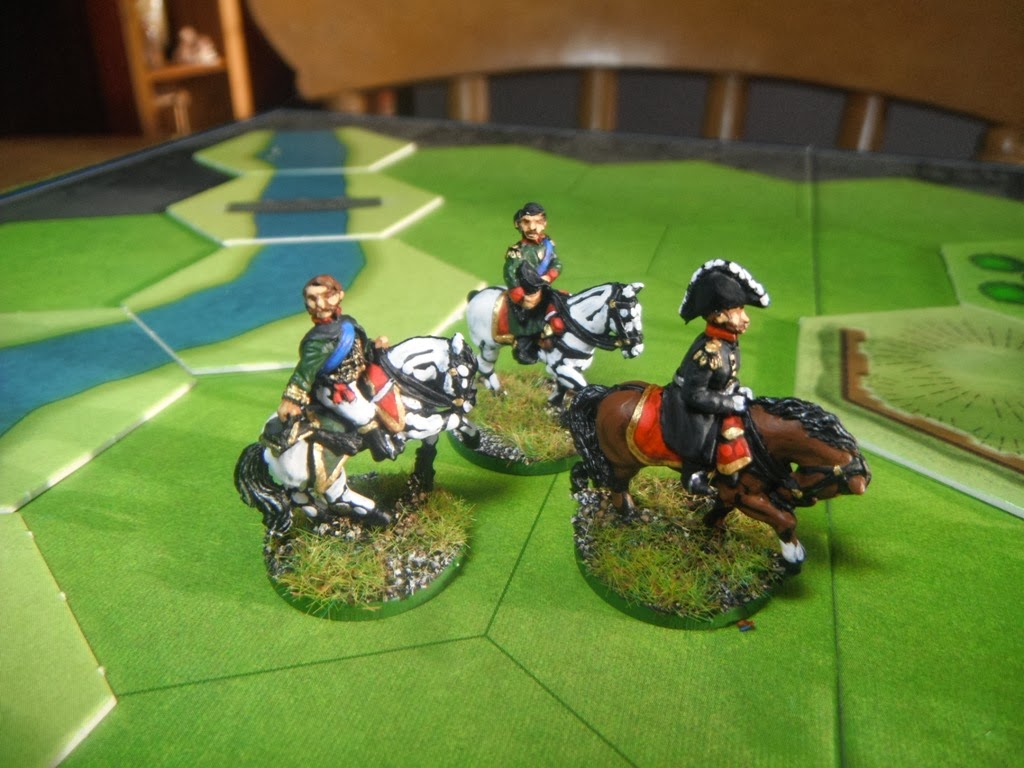 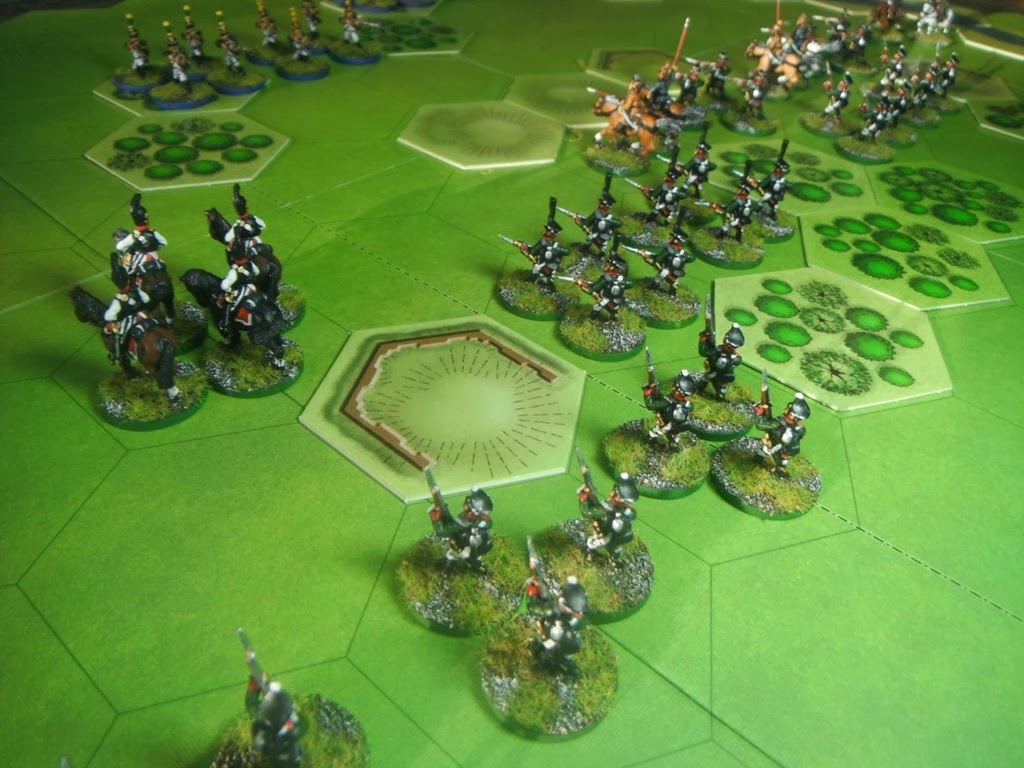 Looking ahead.
Well, I have also made another decision. The 'Tank War' project has been something of a let down as a means of playing tank on tank combat games so I have decided to trim down the 1/56th scale (28mm) tank collection and retain just the base game forces for Bolt Action. For some time recently I have yearned for the old 'Flames of War' armour rules with it's bogging checks, bail outs, remounts and firepower rolls. I feel that it models tank based warfare far better than TW. To this end I have invested in two ready painted 15mm FoW armoured forces of 12 to 14 tanks and vehicles per side to get me back into it. Both should be here later this week. The US force is based a platoon of 5 Shermans, a platoon of 5 Stuart light tanks, a platoon of 4 M10 tank destroyers plus numerous jeeps etc. The Germans are based around 2 platoons each of 4 Panzer IV's plus command vehicles and a recce etc, All are very well painted and I will thoroughly enjoy myself with them I'm sure. I hope to recover this initial cost of £250.00 by back selling a dozen or so of the 28mm painted tanks and vehicles, and I'm perfectly happy with this decision.

If anyone is looking to buy a ready painted Sherman M4 to compliment BA infantry force I have six going including a resin and metal Firefly as well as an M10 tank destroyer, Stuart light tank and numerous Panzers including a StuG, Tiger I, Hetzer and Marder, now all surplus to requirement or duplicates. I'm looking for around £20.00 per model plus postage UK only please. Happy to send individual pics of each model to choose from and combine postage. lgramson@yahoo.com for details please.

The  Panzers are on their way, paint job is slightly earlier but so good I'll use them as they are!

The US tank platoons.