Tanks and lot's of them!

I thought I would do a quick photo update to show progress of the Flames of War armour collection. I undercoated a large number of models this morning in the shed at the end of the garden where I do my spraying, and once dry laid them all out for a count up and to see how things look so far. Still a lot of painting to do, especially on the Germans and I might just add a final platoon of 4 Panthers to round them off. The US tanks are about done as they all arrived ready painted, and the Soviets have now been brought up to 3 platoons of six tanks each and just need the 2 command tanks to finish them. With 4 T34/76's and two T34/85's per platoon they should be a force to be reckoned with. I'm basing them around a Soviet regular Tankovy from the FoW 'Hammer and Sickle' lists and equates to about 1000 points. With 40 plus tanks on the table at a time games should be pretty lively and hopefully quite impressive visually.

A few pictures for those who like pushing model tanks around the tabletop as I do! Battlefront, Plastic Soldier Company and Forged in Battle models, all scale up very well together. 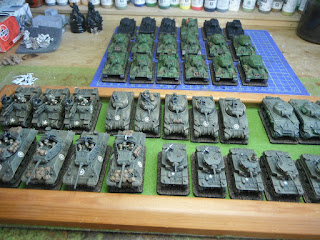 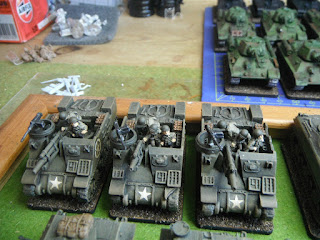 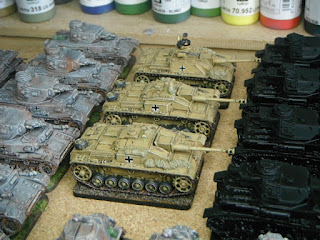 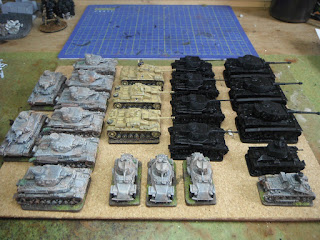 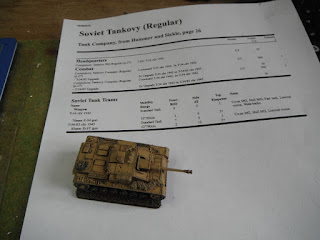 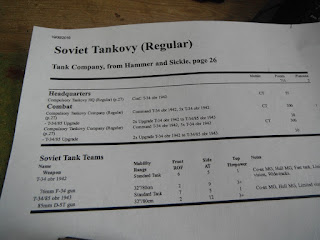 And finally, in 28mm I made a flag for the Soviets. 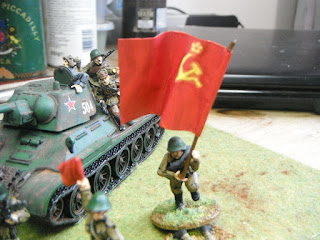 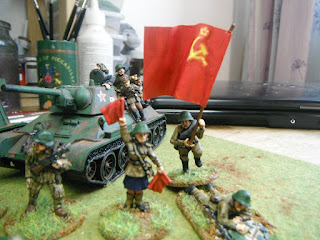