A return to C&C Napoleonics!

With my Bolt Action collection just about done I have been thinking about what to follow it with for some time now. I just can't get the enthusiasm for Hail Caesar at the moment and my mind has increasingly turned back towards Commands & Colors Napoleonics, the board game. Having been playing this fine game for several years now using both blocks and figures I feel it's time to do a bit of Napoleonic painting again, and this time I will stick to the four figures/blocks rather than building full units. I have no intention of doing anything other than replace each block with a model soldier, but this time I'm going with the superb 18mm AB figures rather than the old Essex figures as before. Games will be played on the board with no additional terrain etc, just the terrain hexes supplied.

What I like is it will give me the option to play downstairs in comfort rather than spending too much time upstairs, where the table remains set up for Bolt Action. I will begin by doing the Peninsular War from the base game set and go from there. I'm excited about the prospect of painting some Napoleonics again and have placed a hefty order with Fighting 15's that should cover both French and British armies to start with.

Some here may recall that I did this before with Essex figures, but it bogged down on the Austrain and Prussian front as I did not feel the figures ranges were that good to be honest, but the AB range changes all that! No regrets selling them all off, this time the figures will be much better.

Can't find any pics of the old Essex figures on the C&C board, but was the AWI version I did back in 2013. 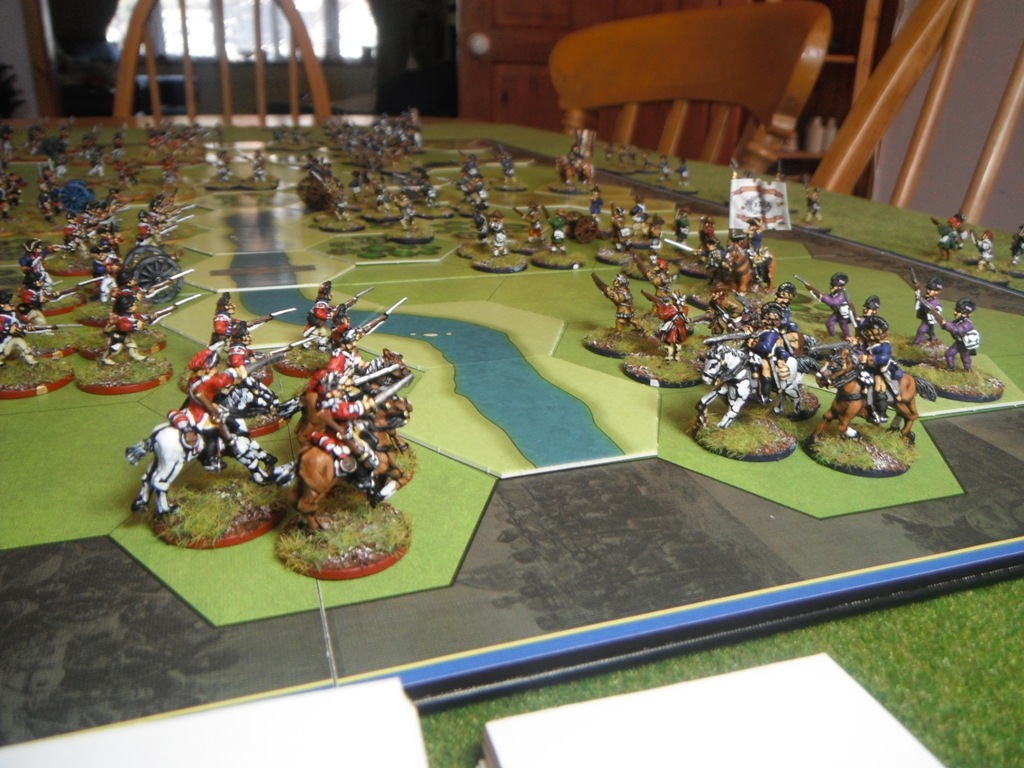 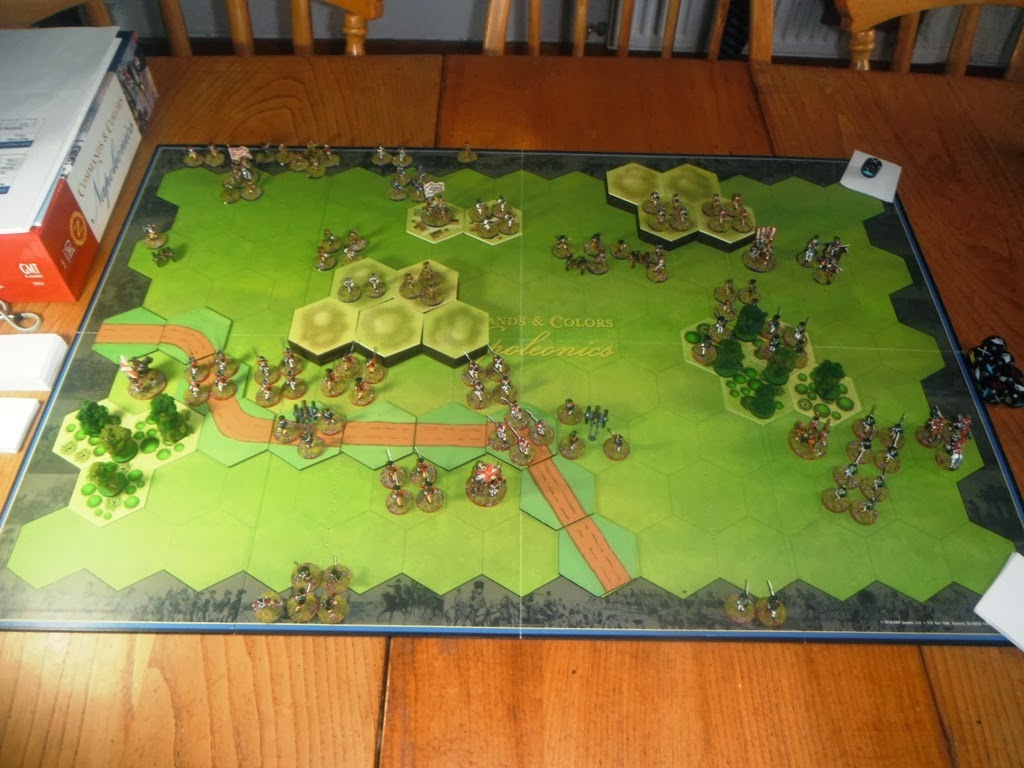 On the Bolt Action front I should finish the German flak truck this weekend and have a Russian Ba6 armoured car, spotter and anti tank mine team to keep me busy while waiting for the AB's to arrive.
Posted by 'Lee. at 01:54