I enjoy painting tanks, and while I'm still priming them by hand which is a real pain to do, the actual application of the shades and washes and pigment etc is great fun and rewarding. Being a sunny day yesterday I carried six un primed models down to the shed at the bottom of the garden with the intention of spray priming them all together, but it was still too windy to spray, given that good ventilation is required to do it. So they all came back indoors as they went out, and the tin of Army Painter primer remains on the shelf unused as yet.

This one is the Soviet T34/76mm version, and it carries tank riders of course.  Decals need weathering as do the tracks and wheels. The T34 behind it is the 85mm and I'm looking forward to seeing how these stand up to a Tiger on the table.

Briefly on the subject of artillery fire in Bolt Action, having a field howitzer sitting on the table edge and dropping HE shells down on enemy squads just over 24" away does seem a bit unlikely, it just looks and feels too out of scale for this period and I prefer to employ such guns firing directly over open sights leaving indirect fire to the mortar teams. Could of course leave artillery off entirely, maybe taking anti tank guns might be more useful when armour is on the table. But that's Bolt Action for you, some take it far too seriously, (see TMP forum), and I think they are missing the point of this game entirely, you get to push 28mm infantry, guns and even tanks around on a standard 6 x 4 table so something has to give!

Finally for now, I wanted to get some transport for my US infantry squads in order to be able to push them rapidly towards an objective, I looked at the Warlord resin trucks, they are beautiful, but at £25 a shot more than I would want to pay. So I followed a tip on the Bolt Action forum and looked for Lledo toy trucks on eBay where I managed to get two 1930's trucks with canvas backs for a few pounds each. Once repainted in WW2 colours these can look pretty convincing.  They are of course collectors models from the 'days gone by' range. Photos will follow once they arrive, they will then get a repaint. 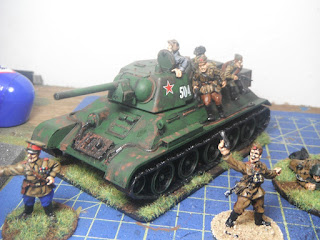 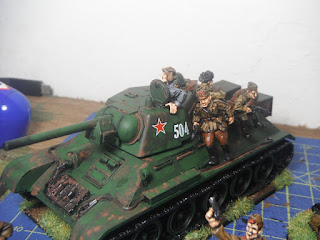 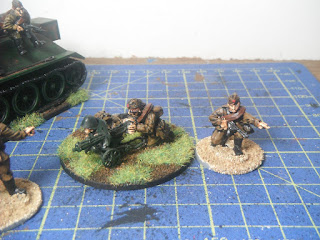 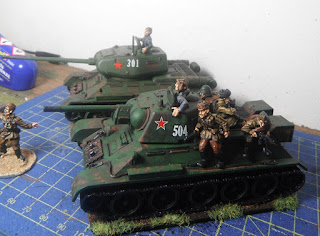