As the first of the Imperial Roman sprues are primed up ready to begin I'm now finishing off the final bits of my Bolt Action forces for the time being. No doubt I'll keep adding more figures and vehicles as and when it takes my fancy, but going forward my goal is to simply enjoy playing BA whilst working on Roman and British armies for Hail Caesar. Back to basics for me then, yesterday I watched the first of many youtube videos on the subject of the The Roman Invasion of Britain. This project will be mostly focused upon painting and building up a collection initially.

Today I will be starting on Tiger #2, it's all primed and ready for paint. The two Tigers will form the backbone of my German Tank War force, along with the two half tracks, one towing the Pak40 onto the field, the other carrying the panzershreck team. My intention for Tank War games is to simply play with armour based forces as opposed to the infantry based, standard Bolt Action games. It is of course possible to field combined forces for TW, but all infantry have to move in transports, I just want to play with some tanks again!

Pics below, German High Command inspect the anti tanks gun and crew, they look mighty pleased with things. As usual lovely characterful castings from Warlord Games, it's the faces that keep me buying these figures. I still have the 20 'Last Levy' metal figures in hand for later but they are astonishingly good figures, the youthful build and faces of some being spot on. The Pak40 crew have the splinter pattern smock, I'll probably keep dotting and dashing to try to improve the look. 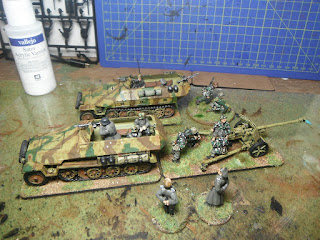 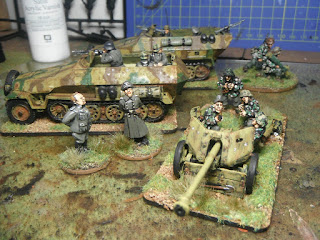 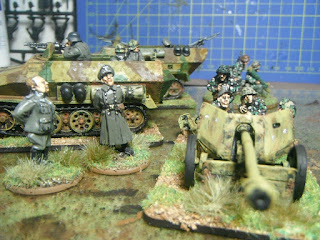 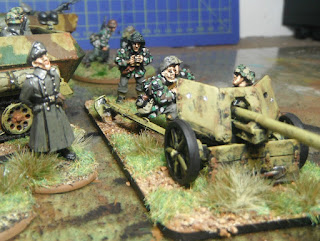 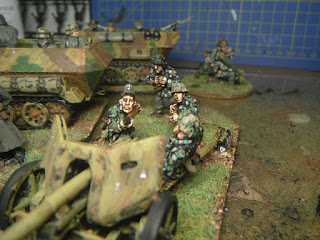 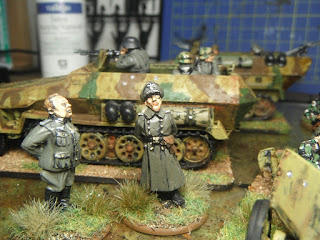