The Russian's are just about ready for a first game, I'm just painting the last eight plastic figures that will bring my squads up to strength. There will be three squads of riflemen and a fourth squad of SMG armed tank riders. You may recall that I purchased 40 painted Warlord infantry to kick start this army, but I have since added the various teams, HQ figures, tanks and field gun to round off the force. I'm pleased with the overall look, the charging riflemen with bayonets have a real sense of movement about them and the tank riders look suitably menacing. Tank rider rules seem quite straight forward and sensible, so for example you cannot target tank riders, while on the tank, but if the tank they are riding is shot at they will jump off immediately!

I still plan to revisit those figures I bought in order to add highlights and generally bring them up to house standard, but I'm very happy to play a game with them and plan to do so soon as I get the time.

Bolt Action Soviet platoon with choice of T34's and a field gun. 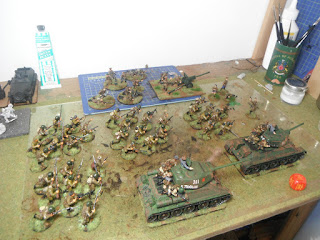 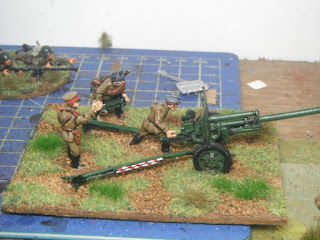 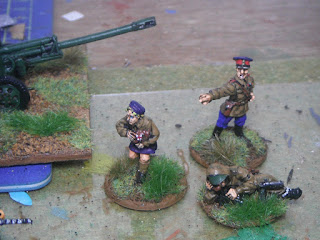 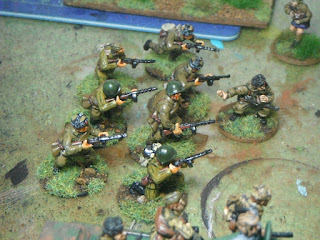 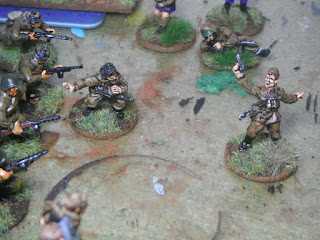 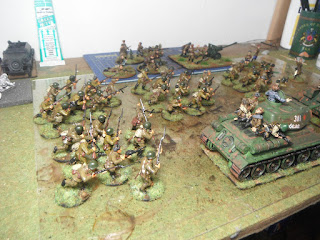 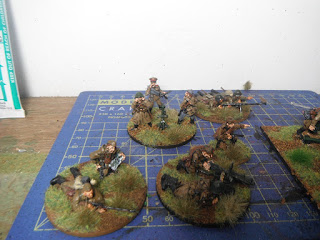 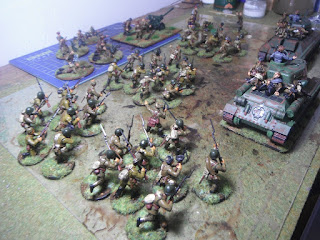 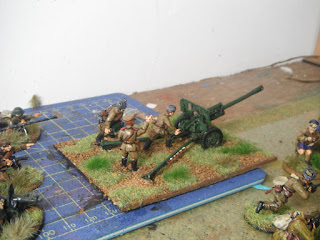 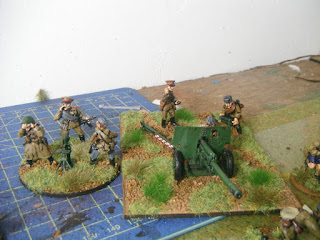