I must start this post by thanking all of you for the supportive comments, emails and phone call following last weeks tragic sudden death of our neighbour. The trauma is fading somewhat now although it's clearly left its mark on the whole family.

Painting service.
My painting service has ground to a halt over the holiday period, with too much going on to be able to paint for long periods. I think the same happened last year, but things should begin to settle back to normal next week so I will pick up where I left off. Situation as it stands is to finish off the 54 figure ECW unit for Graham (mostly done), followed by a small number of plastic 20mm Crimean command figures for CK and then back onto more early Peninsular Spaniards for Tony before returning to Old Johns lead mountain. I'm keen to keep this going.

AWI.
I'm close to being able to fight the first of the 'unofficial' C&C AWI scenarios - Brandywine Creek. I have all of the troops I need for this apart from half a dozen cavalry - on order and due early next week. I'll play it using the Spanish charts for the Americans as suggested over on c&c Napoleonics.net with a few tweaks for extra period flavour. Boards are finally under construction and I went for the larger 125mm hex grid in the end.

I'll leave you for now with a few more shots of my Perry figures, both plastic and metal. I'm keeping the paint job quite 'clean' and simple as I want a toy soldier like look for this project. I'm still considering a shiny varnish! 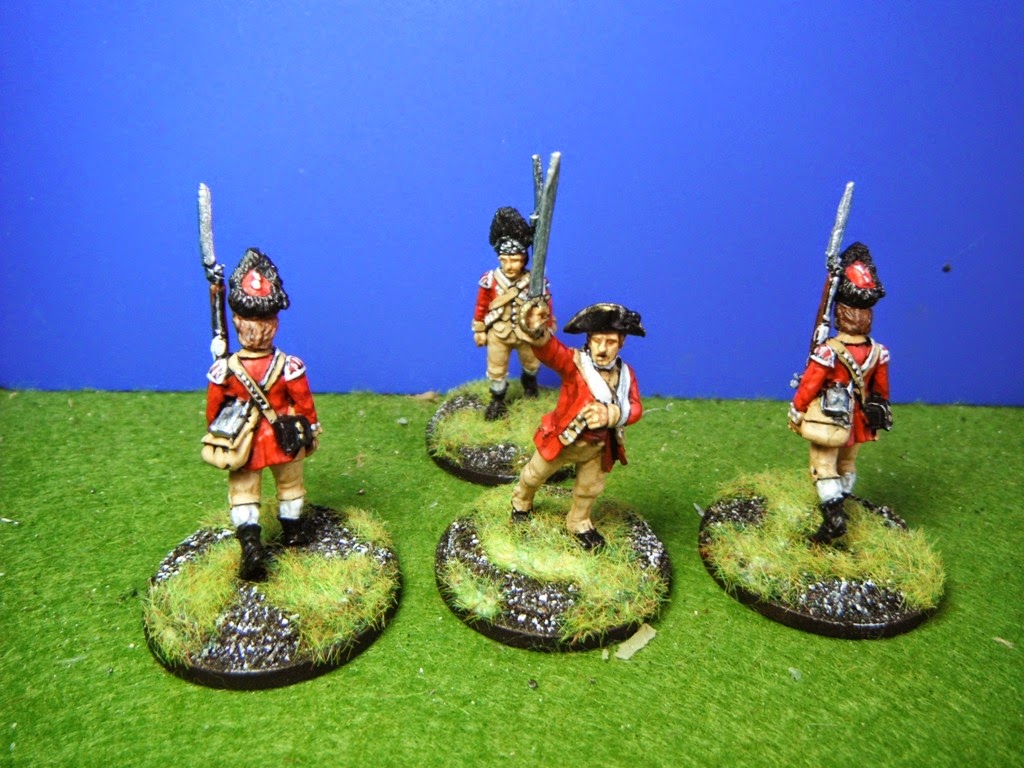 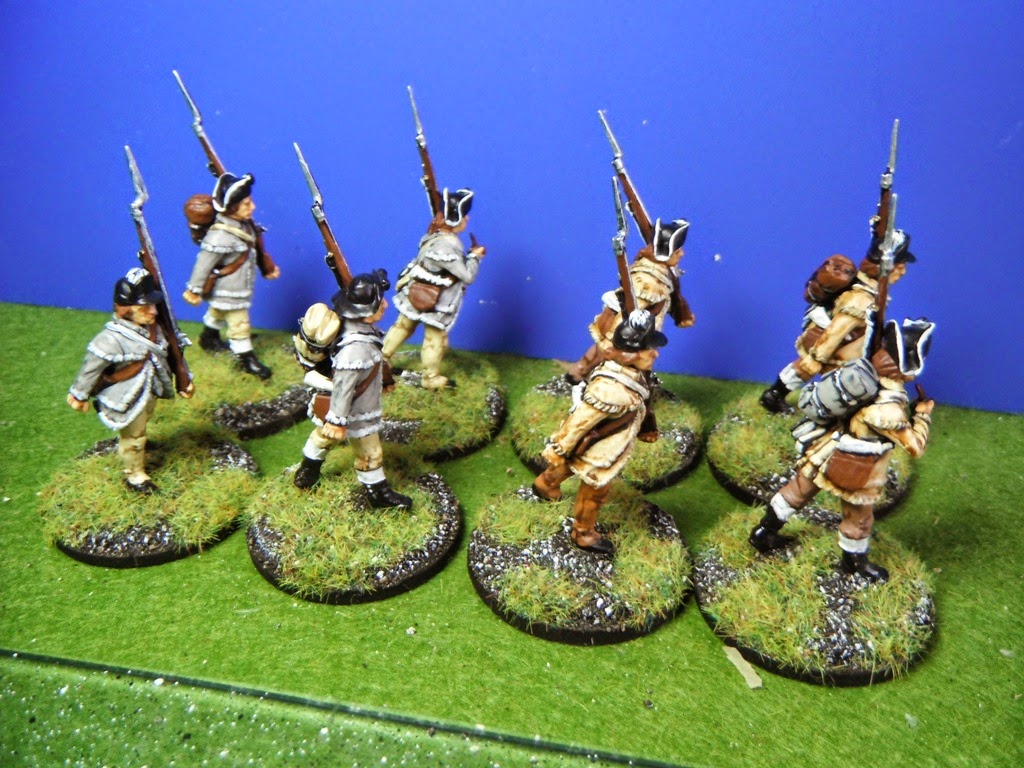 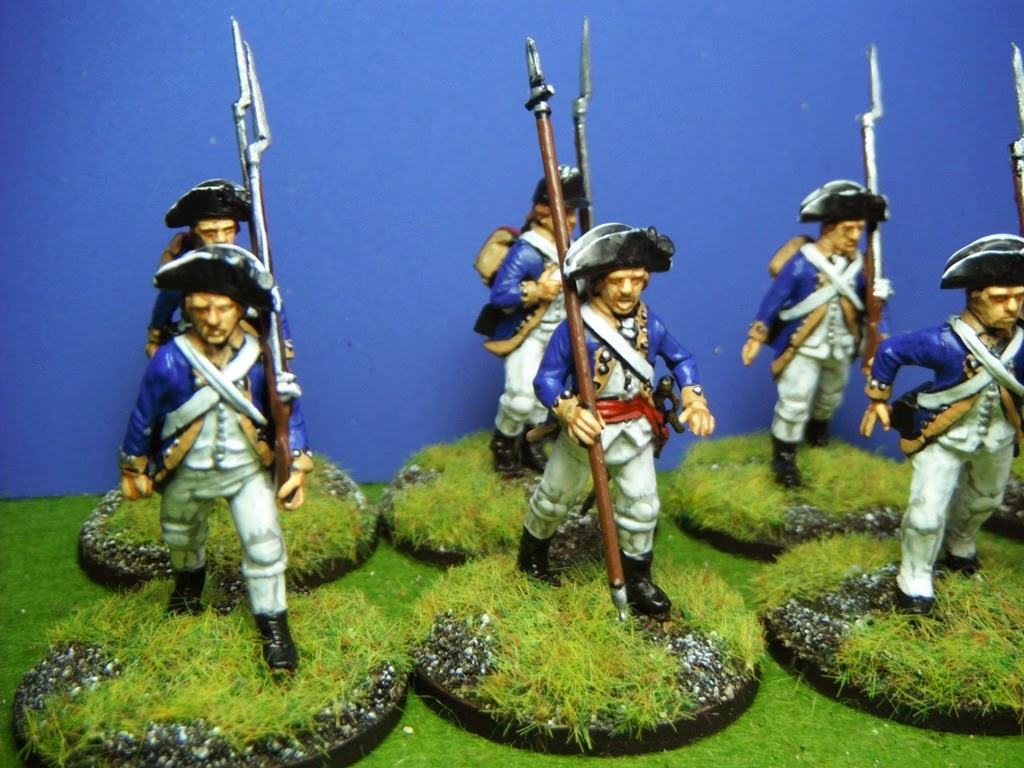 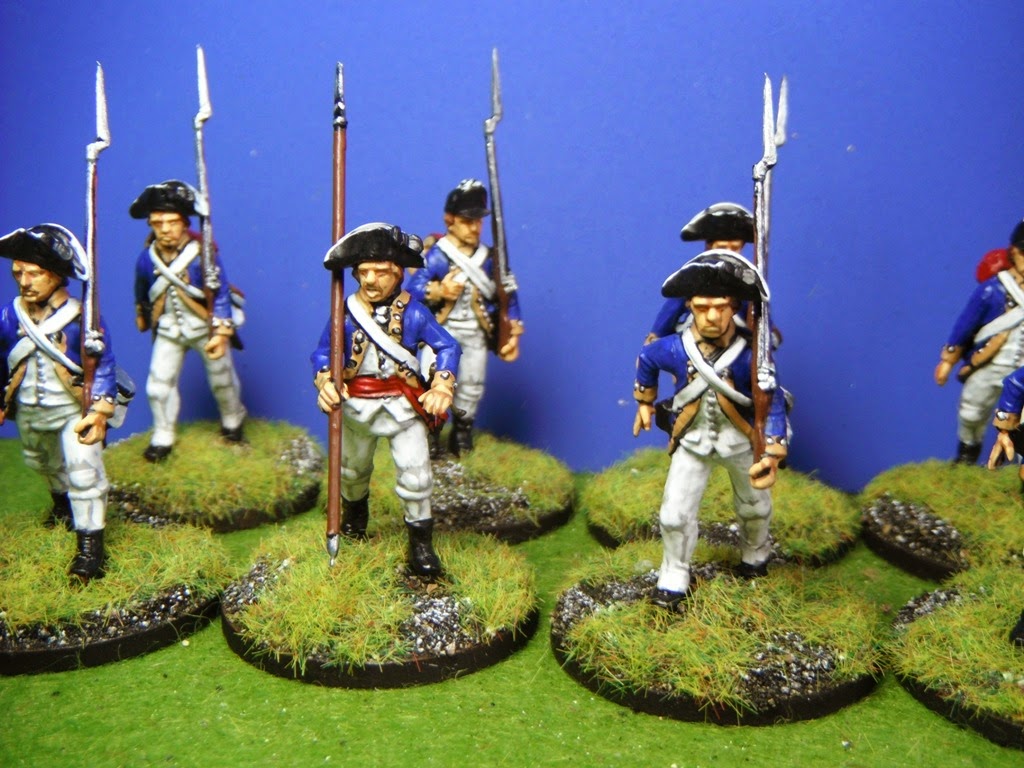