Enjoyable and thought provoking post on the 'Aspic' blog yesterday re 'tweaks' to the C&C Napoleonics rules. I must say that I have always played the game to the rules for the Napoleonics scenarios, although it has bothered me that there is no command structure for 'leaders'. For the AWI variant however tweaks are needed to make the game more period specific.

To represent the fact that British officer casualties were very high during the war - probably owing to the deliberate targeting by riflemen or sharpshooters - the variant rules reflect this by giving 'leader' bases a +1 battle dice when attached to a unit in melee, but if the unit takes a hit then the normal leader casualty throw is made but using only a single dice, requiring just a 'sabre' symbol to take him down, which in turn earns a Victory Point for the American commander.

So I present my unit of rifle armed marksmen (Perry), and I intend to test play an additional small 'tweak' for these in order to add a further touch of spice to the game.

"When American marksmen are within 3 hex range of any 'leader' base (attached or unattached) they get a single dice throw (when ordered) to determine if the officer has been hit. A crossed saber throw will remove him for a Victory point."

Next week I intend to finally get round to making the new base boards. I'll be marking up the boards in 125mm hexes to match the pile of hexes and river sections I already have from ERM. I'll be hoping for a result similar to this. 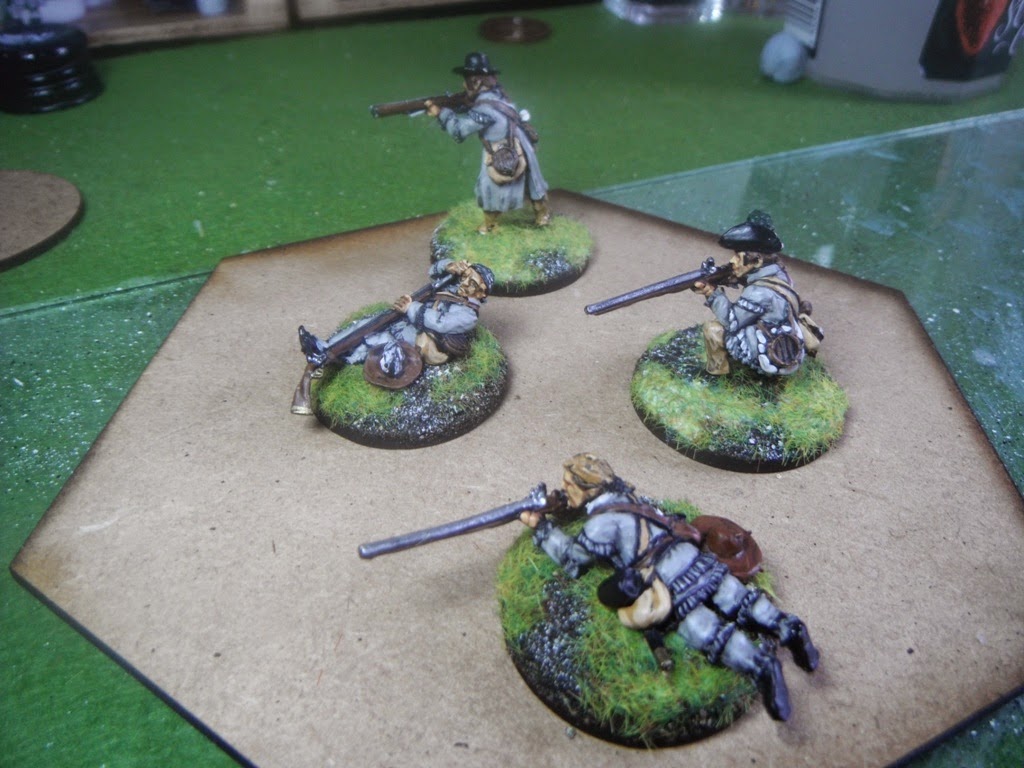 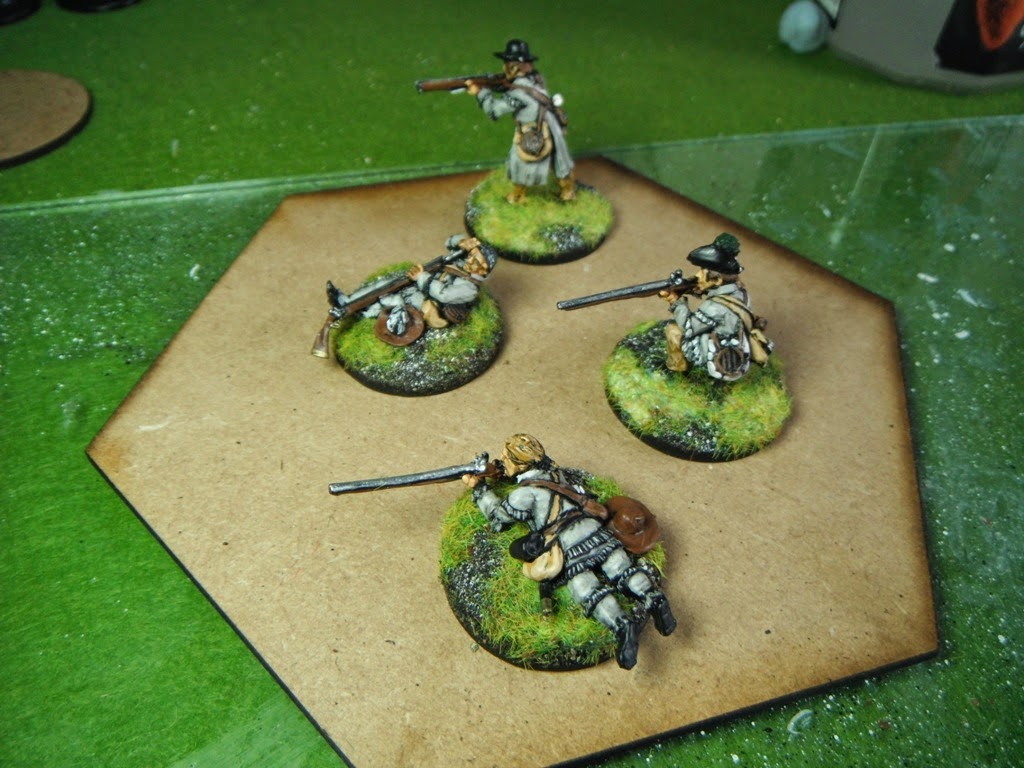 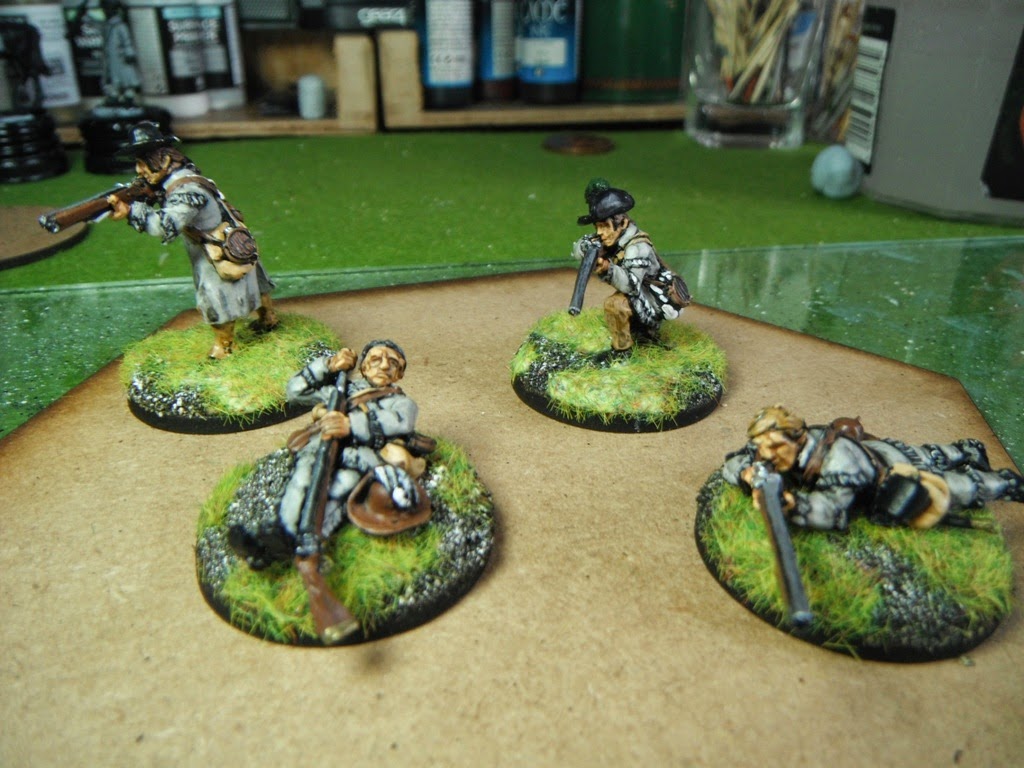