To say that this school/college summer break has been challenging is probably an understatement. The day after I last posted here our 19 year old daughter Jess was rushed into hospital with double pneumonia and is now in intensive care. She seemed fine on the Saturday but had trouble breathing on Sunday morning, paramedic came and sat with her for a couple of hours before deciding she needed to be checked by a doctor. She is receiving amazingly good care in the ITC unit and beginning to show a gradual improvement although she still requires oxygen to help her to breathe. We expect her to remain in hospital for some time,  but it looks like she will recover. This morning shes in good spirits, catching up with 'Hollyoaks' on her ipad, so things must be improving!

Obviously there has been little time for hobby stuff but I have managed to paint a few figures during the week, if nothing else by way of relaxation and anti stress, grabbing the odd half hour as and when I can. These three Hessian Jaegers were finished over a couple of evening sessions, a couple of bottles of Fullers London Pride and some good rock music certainly helped to take my mind off things for a while. 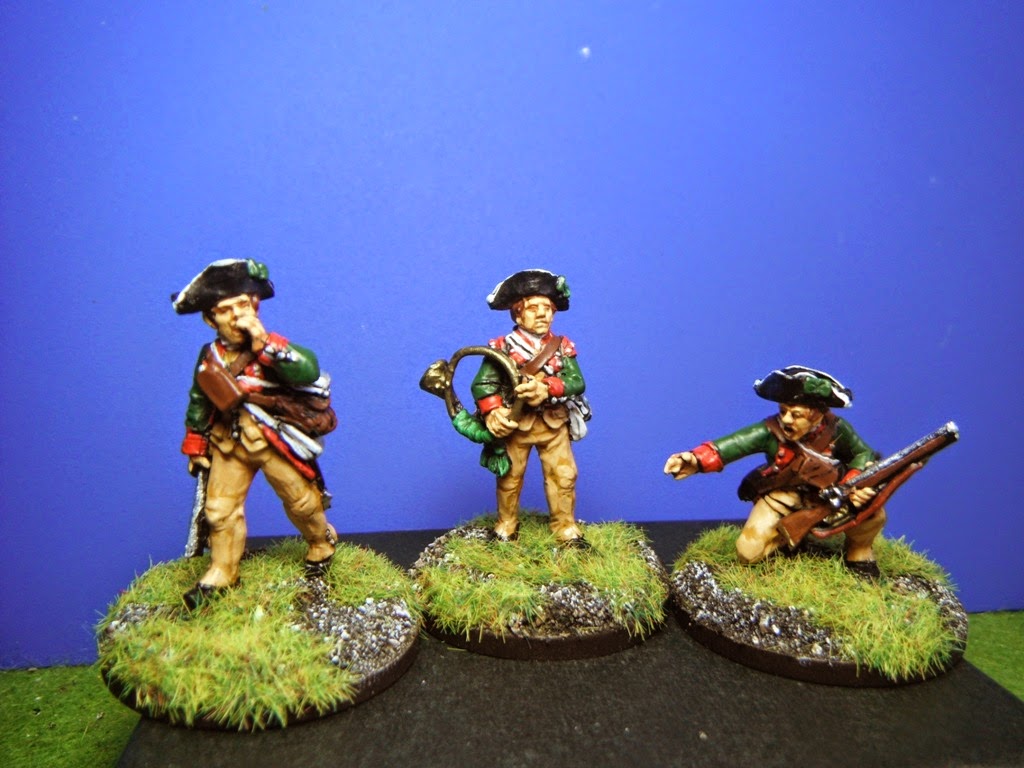 Aside from those guys I also added a British officer waving his tricorne hat* and a continental drummer. 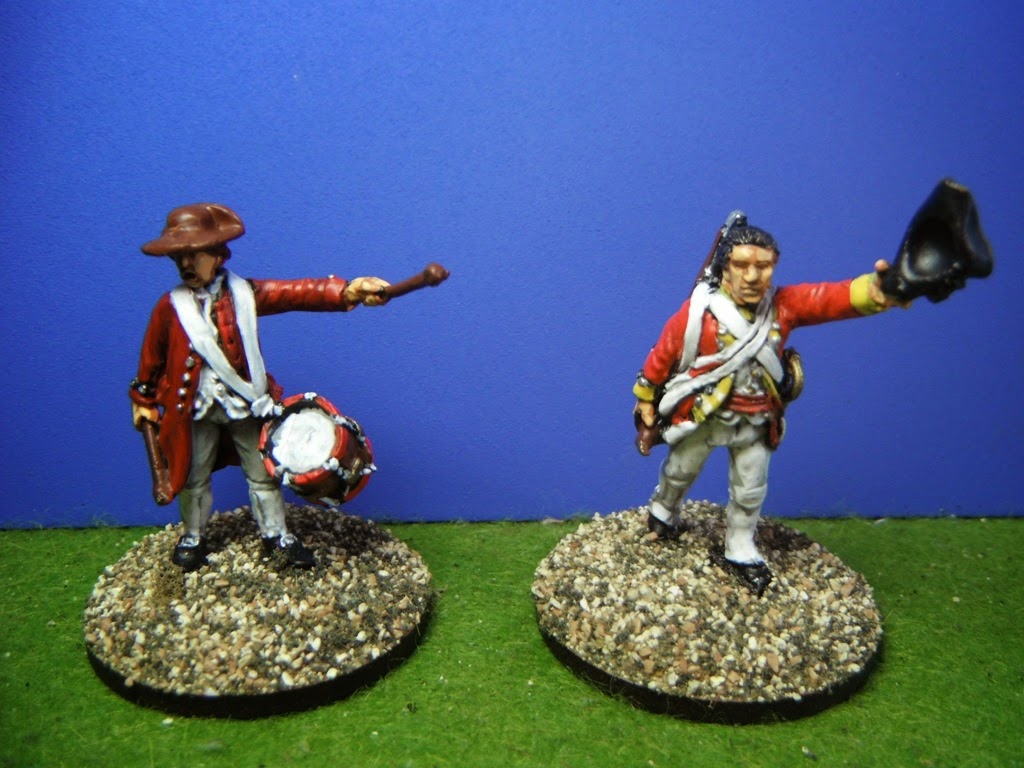 *I had planned to write a post based on my research into the way that the standard British issue tricorne was adapted during the War of Independence, but that's on hold for a while now. Suffice to say for the time being that hats were shipped un-cocked and stacked up 'sombrero' style, being cocked into a tricorne only on issue. Many variations of cocking were used, with the Guard companies adopting a particularly rakish style by pinning up the left side of the brim only (musket drill required this) with the brass badge, while some light companies cocked their hats into what is described as a butterfly hat (see previous post pics). Others were left un-cocked to fall into the typical 'round hat' shape or 'slouch'. Hat lace was often removed (along with much of the uniform lace in general) during the war and even the brim could be cut down. Certainly the look of the average British soldier on campaign was a long way from the 1768 Warrant, which makes the painting of AWI figures so interesting.

Hopefully, by the time I next post here Jess will be recovering and on the mend.
Posted by 'Lee. at 03:51