'Black Kinch' and a new arrival.

I present Major Alphonsus Kinch - surely the 'black sheep' of the Kinch family - in the service of the Continental army. What he lacked in morals he made up for in courage on the field of battle I understand, being once shot through the buttocks whilst turning to wave on his men, a wound that left him unable to sit comfortably for the rest of his life. I could just not resist painting a figure after reading this:

Egads. The dastards turning on their rightful King. It will be shame of the parish.

I believe the Kinch of whom who speak is Major Alphonsus Kinch. Originally intended to be a clergyman, he left the seminary after running up considerable gambling debts. A brief career as a publisher of French "philosophical books" came to an abrupt end after he was offered a far more profitable billet on the Antonia, a Bristol slaver. Mainly remembered in the family these days for entering Irish legal textbooks as the most prolific bigamist in Leinster history.

I believe the case of The Crown v. Kinch (1773) is still quoted today.

A thoroughly bad egg to be sure. 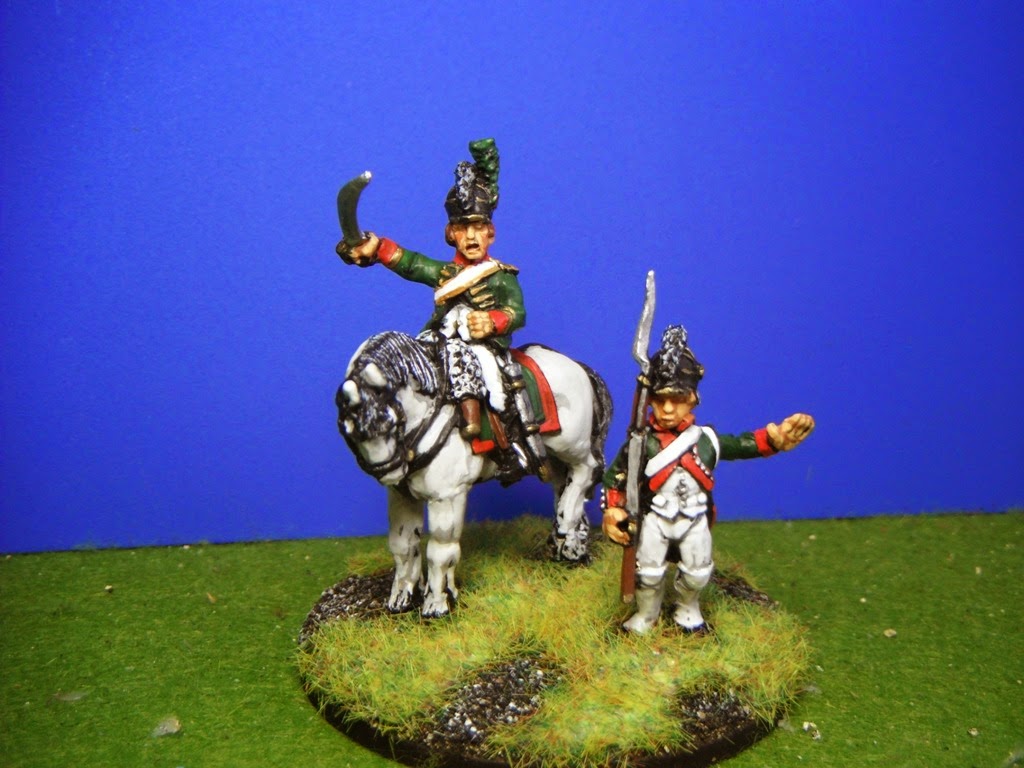 I'm really just using up a few left over figures here, managed to get another British command base too. The 'Kinch' figures are Wargames Foundry figures, from the package received from Dublin. 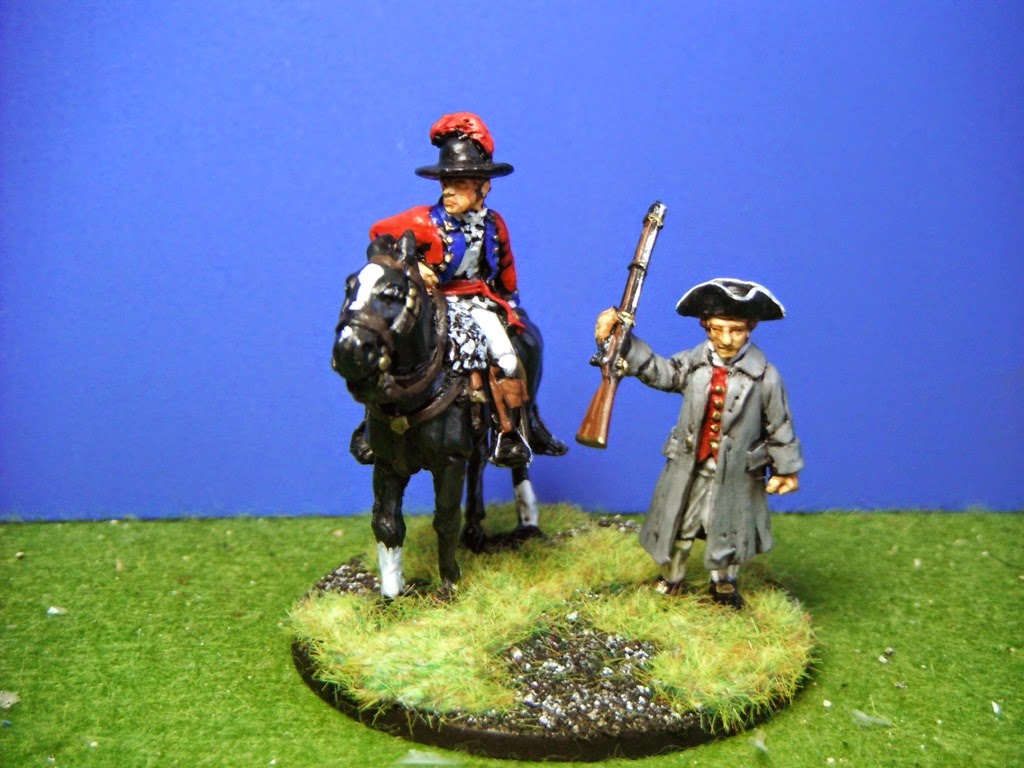 Also as requested here is another pic of Liberty Ellie, completed and based. I added the cords from twisted cotton and burned a few shot holes through the flag. The final touch was a pink cockade! 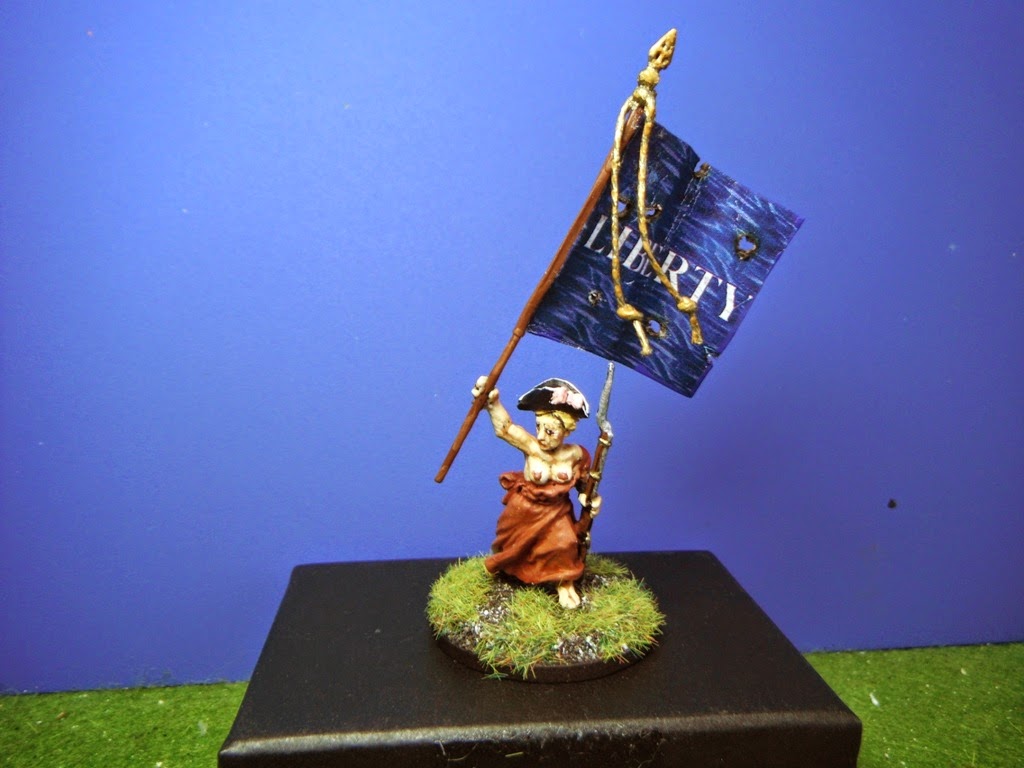 A new arrival.
I have featured our pets here on numerous occasions, we currently have four cats and a large Golden Retriever who is now eleven years old. Today we shall be joined by 'Tilly' a year old Staffie in need of re homing. The process has taken ages - I'm sure it would be faster to adopt a child! Sadly her owner is unable to keep her due to ill health, she will be given a loving home here and I'm sure she will feature in a few photos on the blog in  due course of time. She's used to living with cats so hopefully all will go well this afternoon when we meet her. 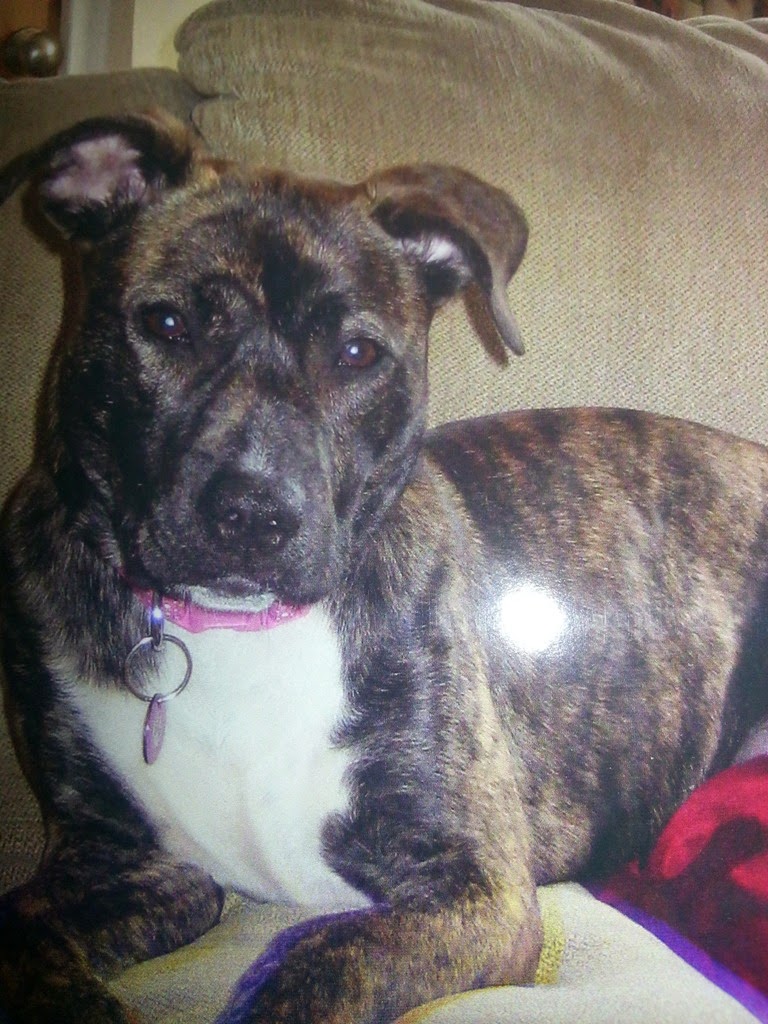