I mentioned in a previous post that I had received a large parcel of unpainted 28mm figures from 'CK'. Having now pulled out a good 20 figures suitable for use in the AWI, including some nice character figures and 8 cavalry with horses ( and great figures too, perfect for AWI and a good match for my Perry's/F&D's) I am left with 50+ castings, mostly French Revolutionary period I think, that I'l happy to pass on as Mr Kinch suggested. I include a pic below and if anybody would care to make use of them please email me and you are most welcome to share in my bounty.

British Grenadiers by Fife and Drum Miniatures.
Painted 4 of the above and I'm very pleased with them. Just need to re check details for the bearskins and then varnish to finish them. I'm doing another 4 at the moment. 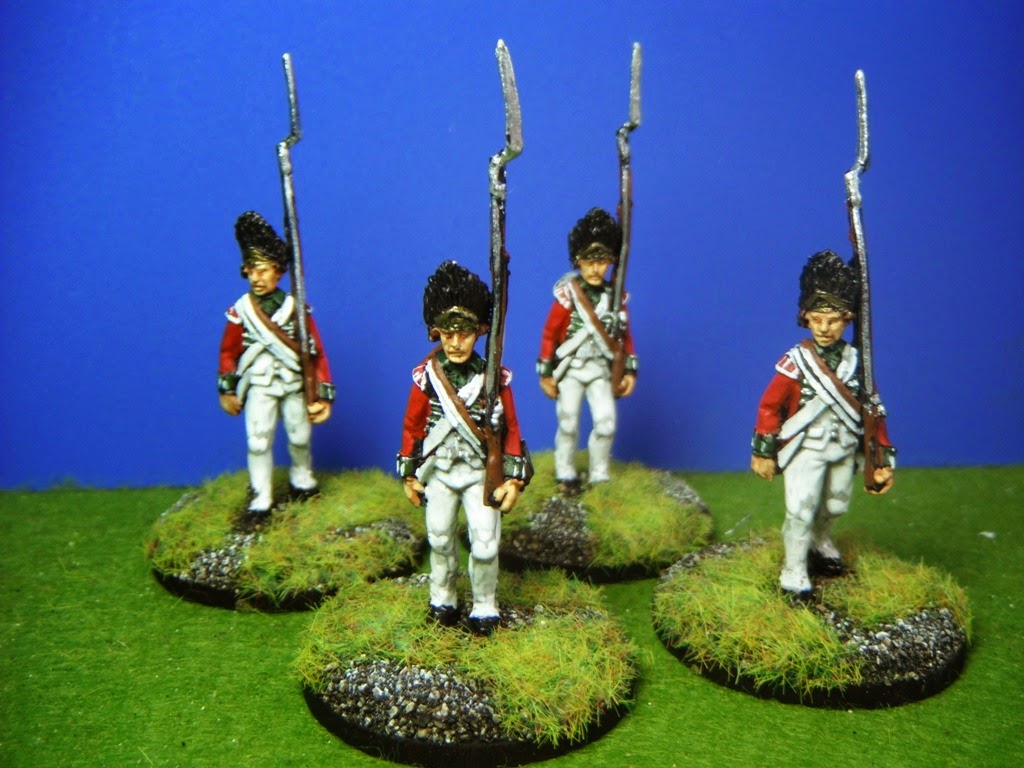 Edit* The above Grenadiers following a touch up to lace and a thin inking along the straps etc. Correct silver front plate added. 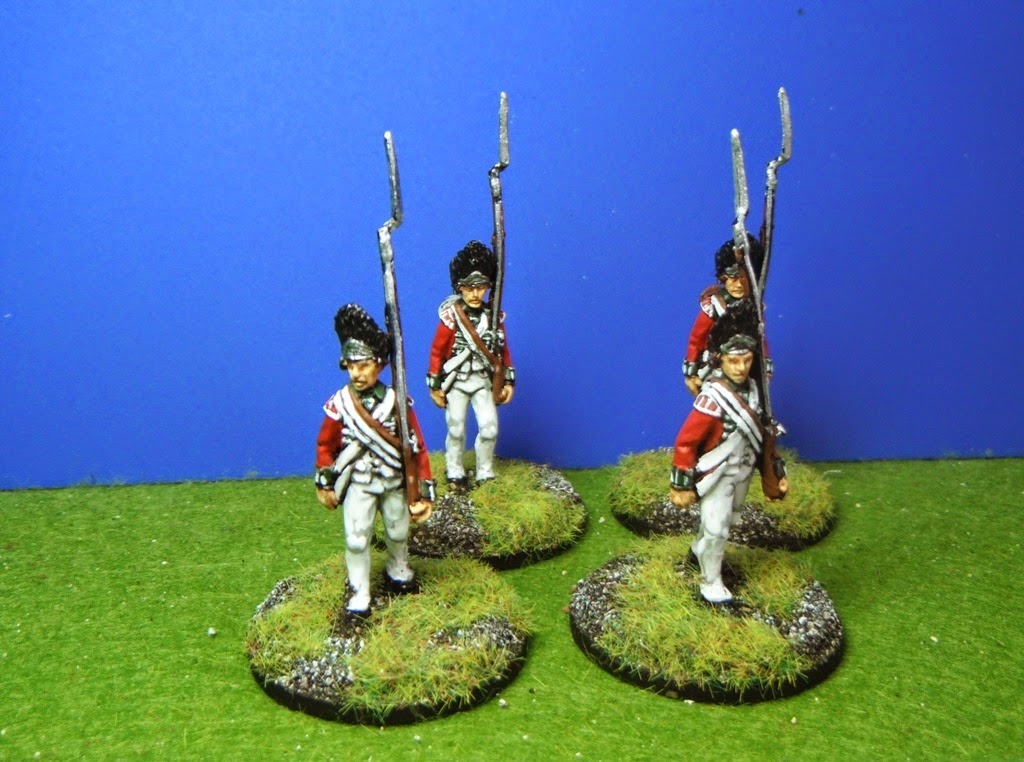 'Kinch's Boys' - Irish immigrants in the service of the Continental army.
It never hurts to have a fictitious unit on the table does it?  These four figures are from the stash sent by CK, not totally correct I know, but wonderful figures and I desperately wanted to paint a few thus 'Kinch's Irish Volunteers'. They have acquired French style uniforms and dyed them green, which makes them look quite dandy! They are a tough fighting bunch and will be seen in action shortly, fighting in the Continental line of battle. I like these. 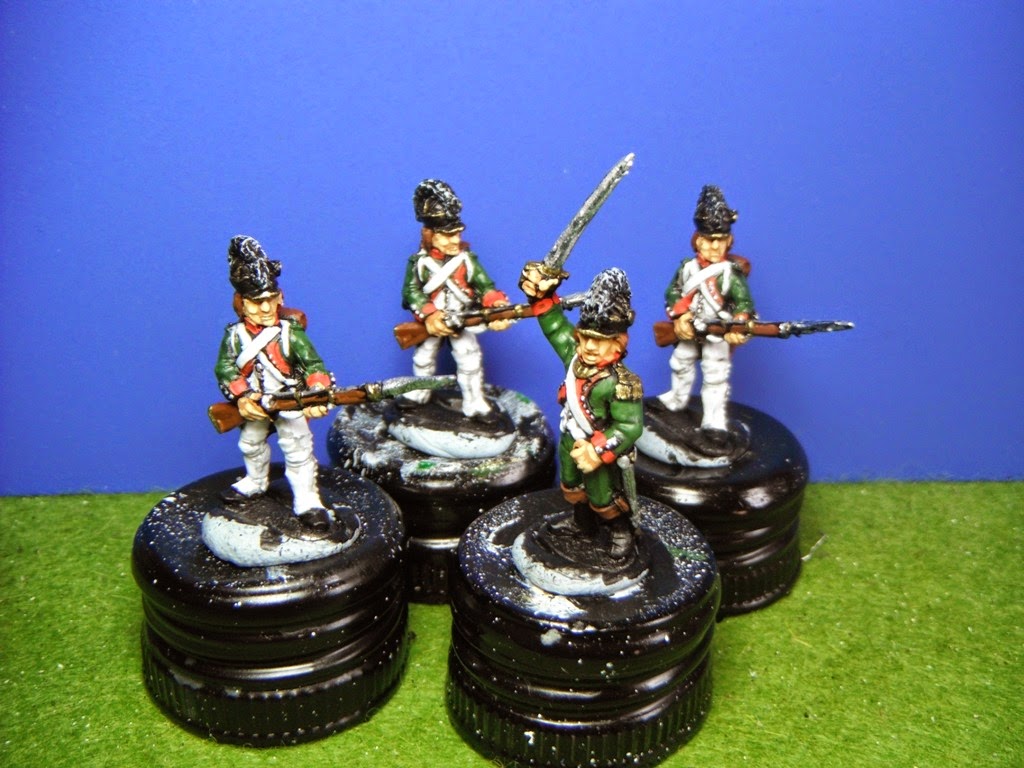 Liberty Ellie - boosting morale of the troops!
Another gem of a find in the package that arrived from Dublin was this female figure of the French Revolutionary period. She was in a bit of a sorry state having lost much of her paintwork so I decided to give her a repaint. 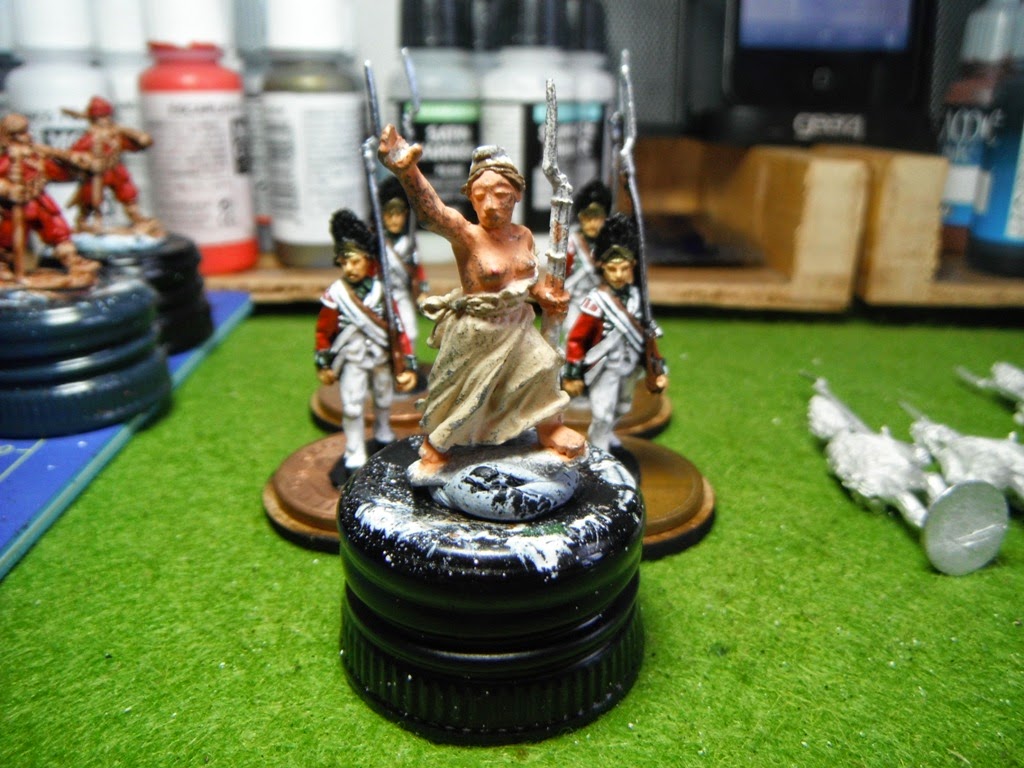 After a quick paint job and the addition of a tricorn and flag this was the result: 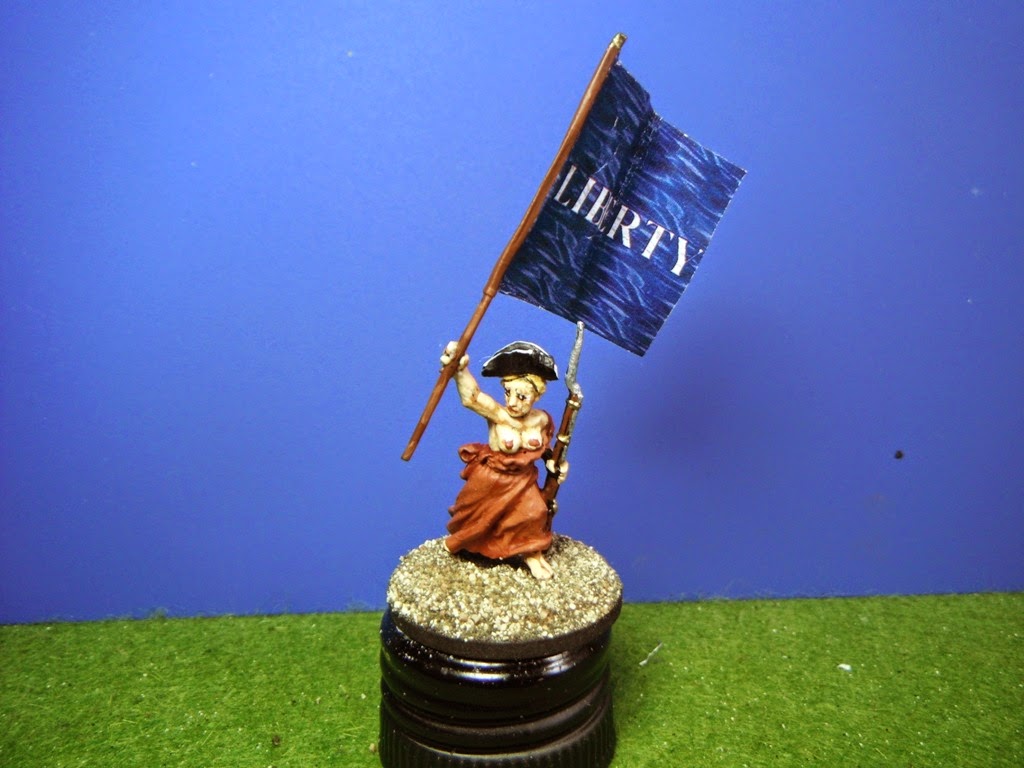 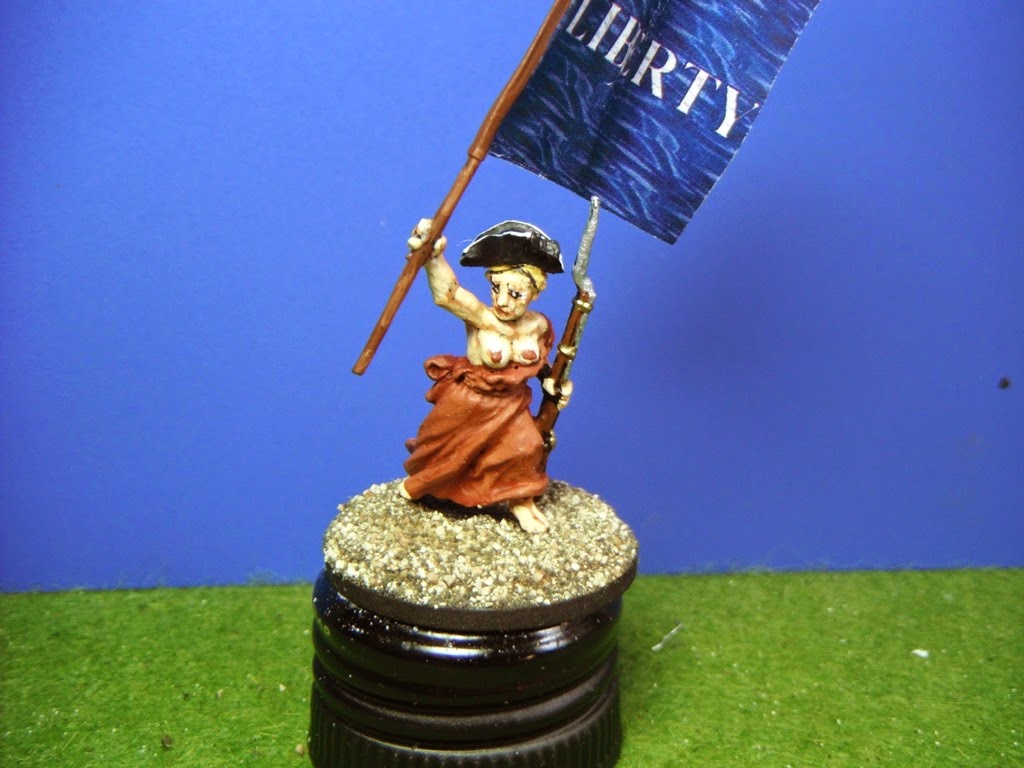 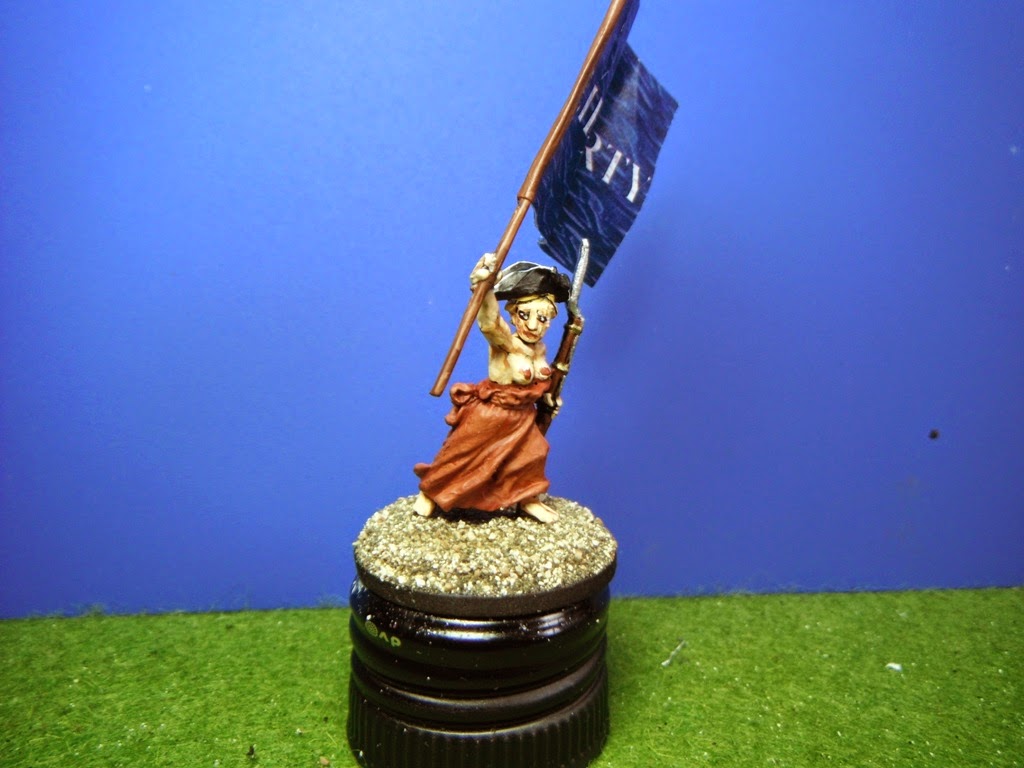 'Ellie' will feature in my games boosting the morale of the Continental army no doubt! Great fun to paint and I have a unique figure in my collection. I'll burn a few holes in the flag once her base is finished.

Finally - a couple of shots of the 50 odd figures going free! You can see they are nice castings. First to contact me will get them. 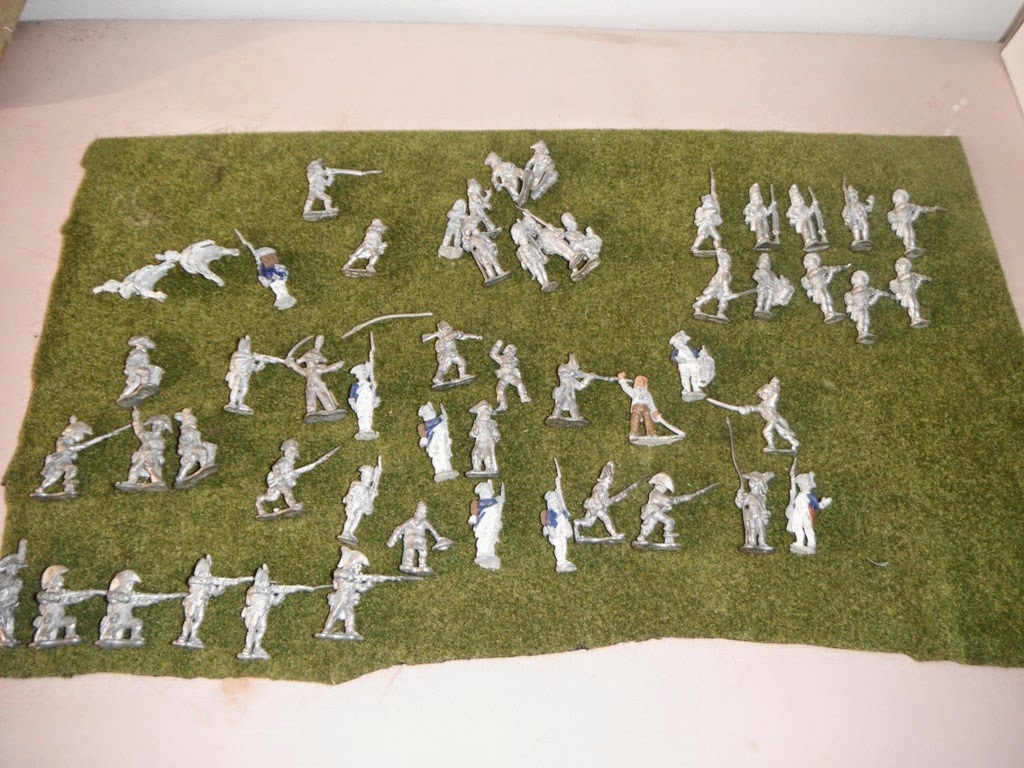 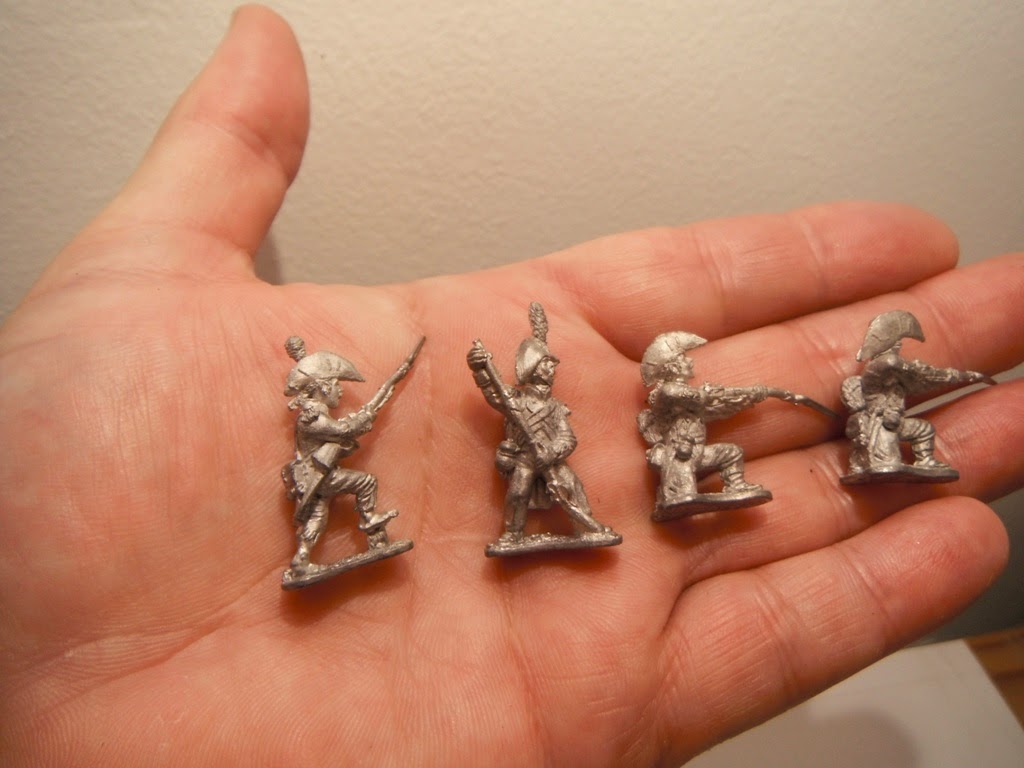