As a break from painting up my ECW armies I wanted to see how C&CN handles a game that is not played directly across the table and deployed across the three sections. This is a small game as you can see, with the French under orders to move east and then to attack and take the small village as indicated by occupying it with a battalion of troops and holding it. Standing in their way and deployed across some open ground with Cacadores up on a hill is a Portuguese brigade, good quality troops, but without artillery or cavalry support. British troops have reacted quickly to the French columns on the horizon and are marching to cross the stream at the bridge to defend the village.

You can see the initial deployment in the first image, and also the command cards dealt to both sides, just 5 cards for this small game. No special rules, the stream is fordable but ends movement for the turn when crossed. I have removed the 'Short supply' card (see previous notes re this card) and will continue to play the 'First Strike' card - should it turn up - as a tactical advantage, 'take another turn' card which has worked well for me so far in test games.

More to follow in due course, can the French take the village? 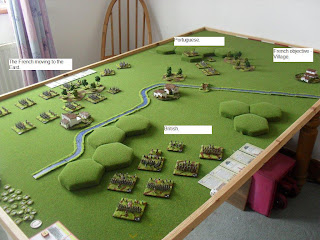 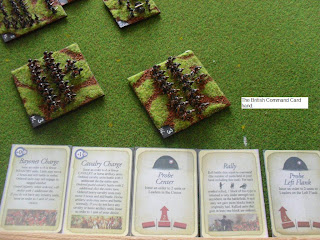 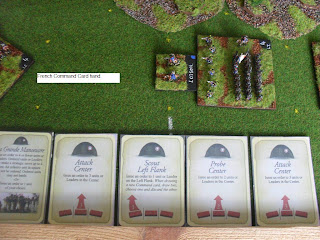 The view from the Portuguese position. 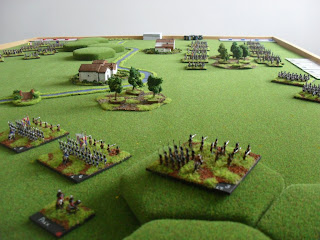 The cacadores deployed on the hill. 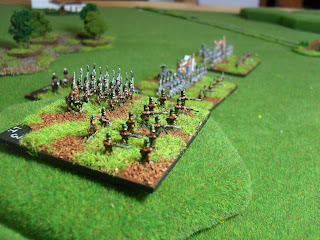