This is my first base of French Dragoons, another is planned. As always really lovely little castings and a pleasure to paint.

I now have the first of my Baccus ECW figures so I'll probably get stuck into a few bases soon as I have completed the base of Guard Lancers currently under way. I went for the 2nd Regiment resplendent in those red uniforms. Of course I won't be able to use them in any Peninsular battles but they will have a role to play in the longer term 'Waterloo' project..... and I'm sure I will find them a place on the table sooner than that!

My main painting focus for a while will switch to the ECW, but I will continue to add regular Napoleonic units and to play Napoleonic battles so this blog will remain lively I hope.

Checking through my Baccus figures I still have plenty of Napoleonics in hand. Immediate future plans include:

I'm still waiting on the second Citadel battlemat I ordered 3 weeks ago! I'm told it's in hand so I wont panic. It will be used to make more hex hills (singles) and to experiment with larger more regular shaped hills with the hex points only marked on that can be matched up around the board as required. The single hill hexes will take priority so that I can play some of the C&C Peninsular scenarios. More trees and woods bases are also required so a busy time lies ahead! 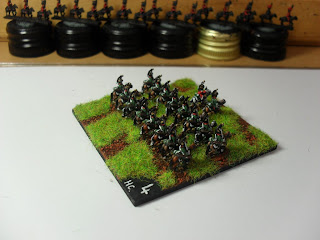 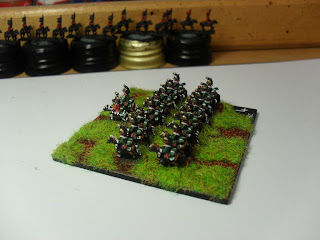 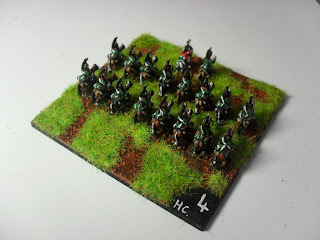 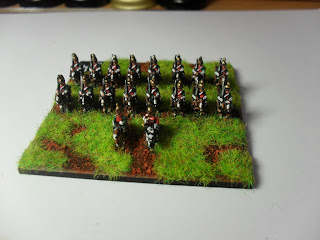