Battle report.
An exciting and decisive moment came when the 2 battalions of Foot Guards were ordered to fire under a 'Fire and Hold' card. The French had advanced to within musket range and the card allowed 4 British units to be ordered, any firing with an additional dice. Both British Guard battalions had entered the battle at a full strength 5 blocks, although one had lost a block to artillery fire. The first battalion delivered it's volley, the 5 blocks throwing 6 dice (GG) pus one additional dice for the card a total of 7 dice. As expected this smashed the French column, already reduced by casualties and routed (removed) it. The second battalion also fired a shattering volley of 6 dice (1 block down) and sent another French column to the rear. This unit had the general commanding the French centre attached and as the unit had been removed from play the leader casualty throw was just a single dice requiring a 'sabres' throw to knock him down, and indeed it was. These two volleys earned 3 more VB's, and two more British battalions also opened fire, one causing further loss upon a French foot battery. This turn gave the British the required total for Victory of 7 VB's. The French centre was shattered (although the second line remained in reasonably good shape), and the overall loss of 4 infantry bases, 2 cavalry bases and a leader base seemed reasonably heavy enough to require the French to retreat and to end the game. The British losses were 2 cavalry bases, although a number of infantry bases were marked with losses.

New ECW blog.
I have started my 'sister' English Civil War blog today, please see link at right. I will keep this blog purely Napoleonic and continue to update with new units and battle reports.

Retrospective.
I passed the 1,000 painted figure mark with the completion of another British line battalion - seemed pointless posting a pic as it looks like all the rest! This was the first battalion in the 'Belgic' shako I have painted. It's only taken about 4 months or so I think to achieve this and I'm very happy with the results. From the beginning this was intended as a therapy project to help me to relax and cope with my depressive illness. 9 months ago I was at rock bottom, unable to lift a paint brush, just totally blocked, and dangerously close to the edge, with constant suicidal thoughts. My Life seemed in tatters. I have been lucky enough (after a hard fight) to get the help I needed, many others do not, and things seem much brighter and more positive now. I still have a way to go yet, but when I look back to before I started this blog I do feel lucky to still be alive and to able to enjoy the normal, everyday things in life. Chronic depression can be devastating, but at least we can recover from it if help is given at the appropriate time.

Enough of that! A big thanks to the 52 followers of the blog and to all those others who take time to read it. 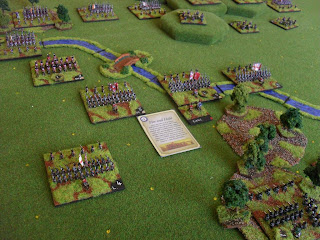 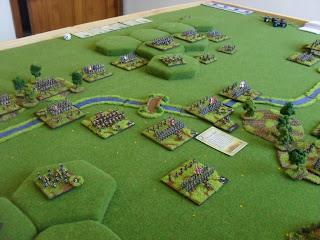 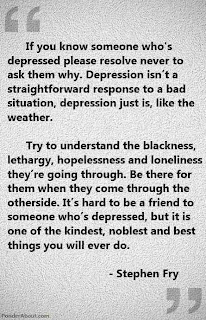