One of the very first units of model soldiers I ever saw was a conversion of Airfix Cuirassiers to British Life Guards, that was at school, probably around 1973 -ish! The red tunics and tall crests (made from coated plasticine), caught my eye back then. So of course I had to have them in my new 6mm collection. They wear the post 1812 uniform as I like those helmets. I have decided now to expand beyond the Peninsular towards the 100 days campaign as part of my long term plan to re fight Waterloo in the future.

I am also about to fight another C&CN battle, this time a straightforward attack/defence situation, with the French as attackers having a clear objective.... to cross the stream and break the British line. Victory Banners will be added for capturing each of two small villages and the main hill in front of the British line. I have put everything on the table, a total of 40 battalions/regiments/batteries. Handling 40+ units in a solo C&C game is made easy by the 'tick -tock' (to quote 'Foy') manner in which moves a re played. I have removed the 'Short Supply' cards (see below) for this game as also suggested by Foy following my recent comments on the use of that card in a solo game. I hope to play the game over the weekend. I upped the command card hands to 6, to see if this allows a little more flexibility, especially once a couple of battalions have formed square, when command cards can be a bit limited, realistic but frustrating.

I took some low level shots for a change. I have to say that the board is starting to look quite crowded now. I am still trying to make up my mind what period to do as a second project, to run alongside my Napoleonics. I considered ACW, but to be honest I have done that period to Death in the past, and find reading Stryker's excellent 'Brother against Brother' blog gives me the ACW fix I sometimes need! 'Foy' has been sharing some interesting ideas on wargaming the English Civil War, another period I am very interested in, and the Baccus range look tempting. I might order some to paint a couple of test bases!

All figures by Baccus, painted by myself. 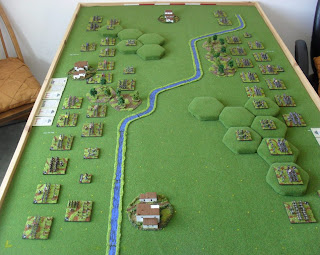 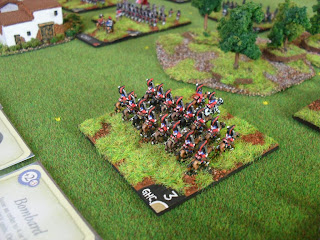 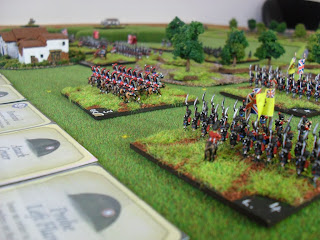 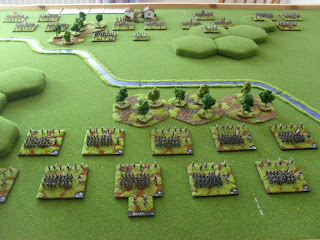 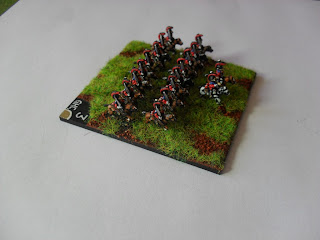 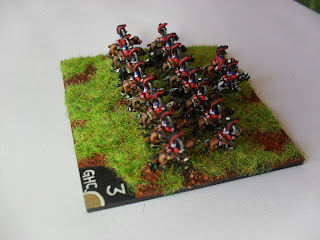 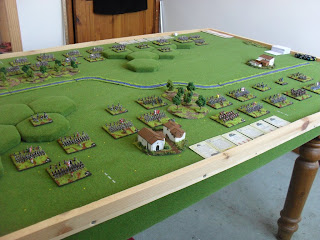 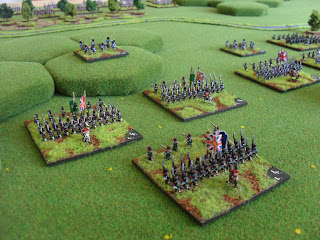