As mentioned previously Knotel states the the 15th wore their old white uniforms into Spain in 1808 and continued wearing them for several years afterwards. The plate also shows plain brown woollen trousers and indeed Spanish espadrilles as footwear! I knocked off a quick battalion base and will add further battalions once I know how many the regiment consisted of. I may have taken a couple of liberties with the officer, (he does look a little grand in his gold edged bicorne), but overall I think it's a very pleasing looking battalion.

I have now edged my table which I think I think not only improves the overall appearance but also means all of the creases have been pulled out. I think it gives it a real 'gaming table' look. The room still needs a new carpet (we have a local shop which sells cheap room sized remnants so I have my eye on the stock), and curtains and a bit of general tidying up. I'm on the look out too for old picture frames to use for my prints to decorate the walls. I shortly plan to play the first of the C&C Peninsular scenarios, soon as my second Citadel Battlemat arrives and I can make up more hill hexes.  I also have an old shelf unit in the room now rescued from the garage where my growing 6mm collection now sits. I am only about 2 bases away from passing the 1,000 painted figure mark.

Next units will be a base of British Household cavalry (Life Guards) followed by a base of French Dragoons. Limbers & teams for all of the artillery are also high on the priority list then I might try a couple of bases representing British battalions in square. 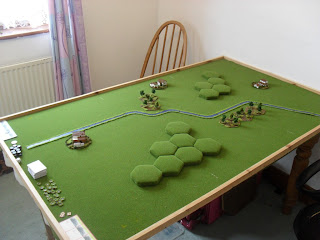 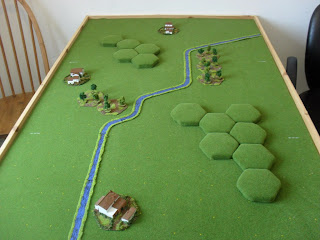 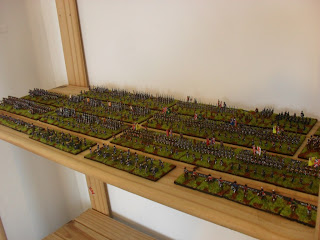 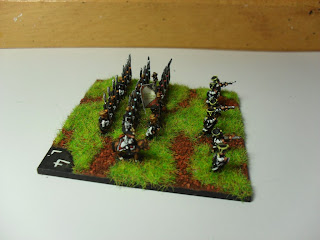 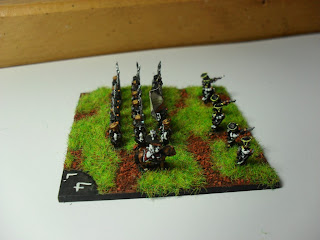 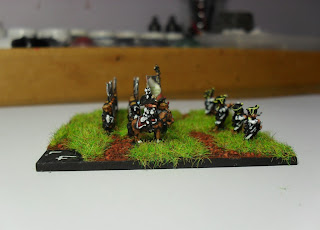